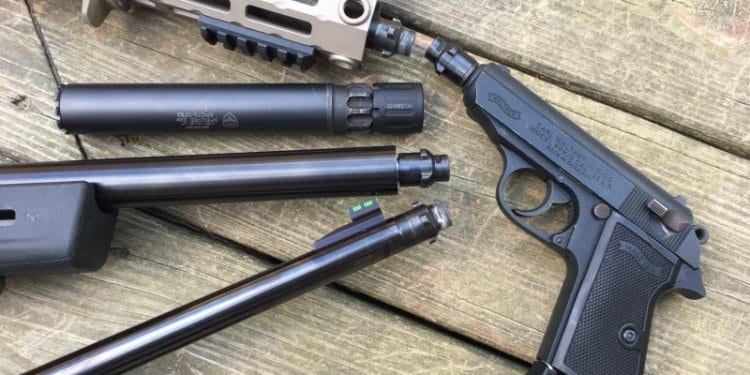 Rimfire suppressors are great fun on rimfire guns. However swapping the suppressor onto different guns becomes tedius. You have to unscrew the suppressor and screw it back onto the other host. There are some proprietary setups like the Griffin Armament Checkmate QD suppressor. 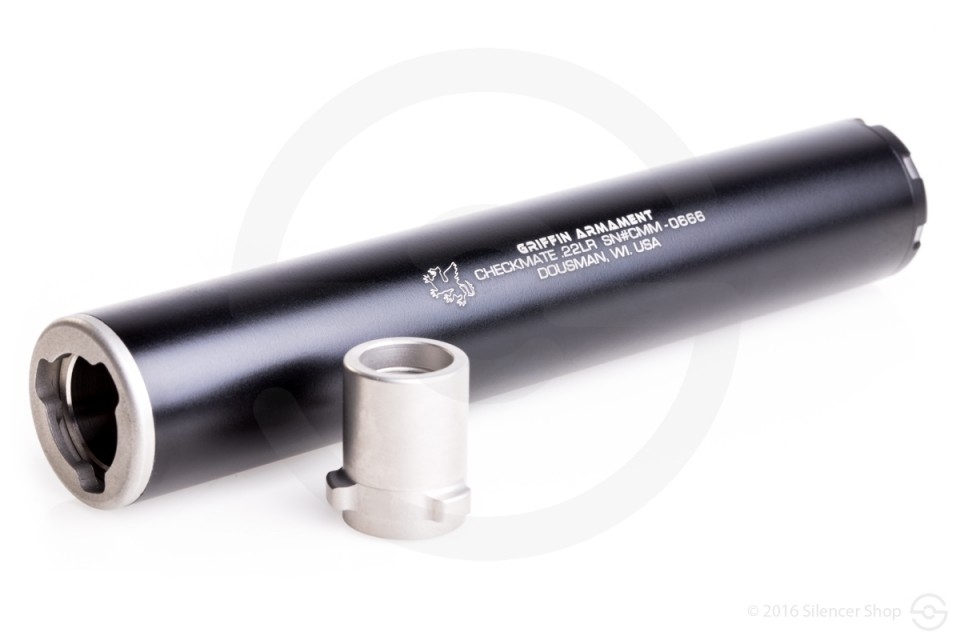 The Checkmate uses a similar trilug design that you see on H&K MP5 sub guns. You simply screw a proprietary trilug adapter onto your threaded barrel. Then slide the suppresor over the adapter and twist while pushing down. While this certainly makes it easier to quickly attach and detach the Checkmate from your host, it is proprietary. 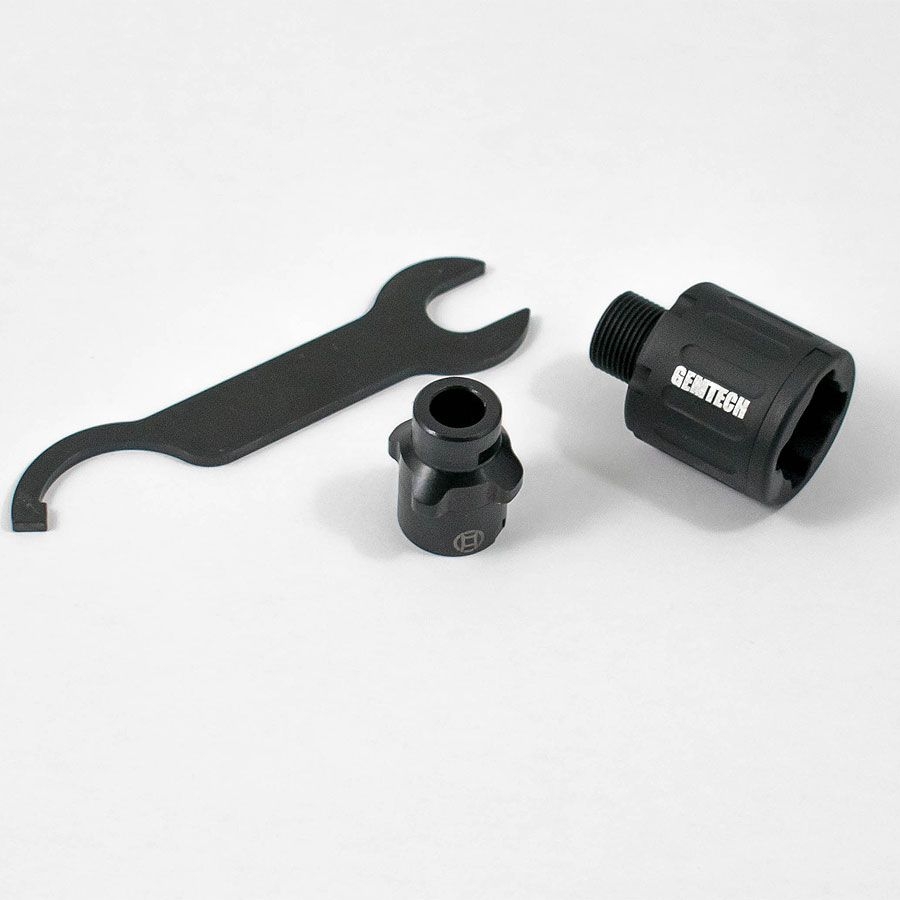 What if you want this convenience with your suppressor and host setup? Well now you can. The 22 QDA by Gemtech is similar to the Checkpoint only it is universal. The Quick Detach Adapter has 1/2×28 male threads and screws onto the back of your suppressor or muzzle device of choice. The 22 QDA uses a quadlug design and it is keyed.As you can see in the photo below one cut out is wider than the rest and the thread adapter is similary shaped. 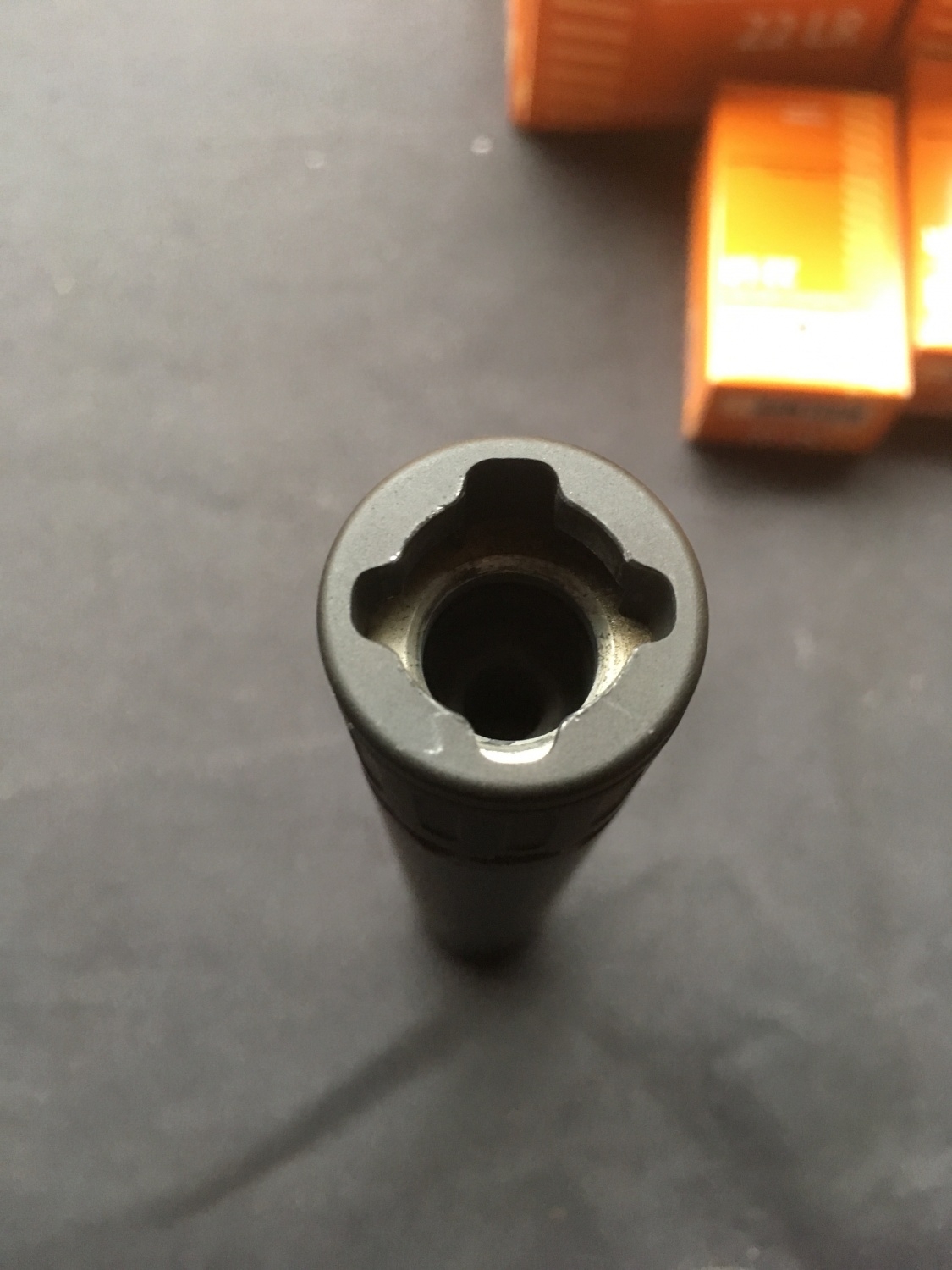 The 22 QDA only rated for rimfire cartridges like .22LR, .22WMR and .17hmr. You can use it on 5.7×28 however only on longer barrels. It is not strong enough to work on pistols or short barrels. Here are some examples of the 22 QDA on a couple different .22LR hosts. 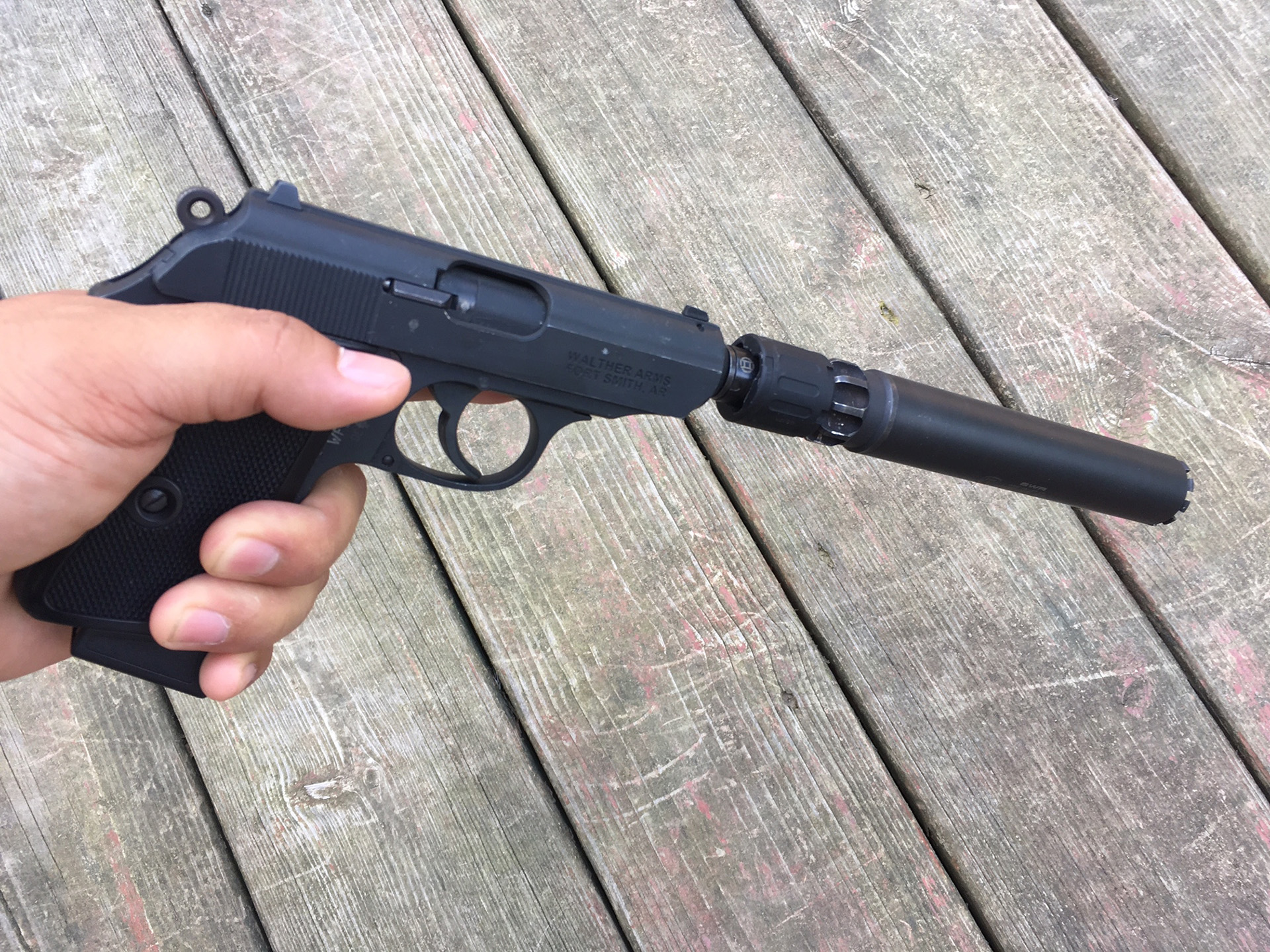 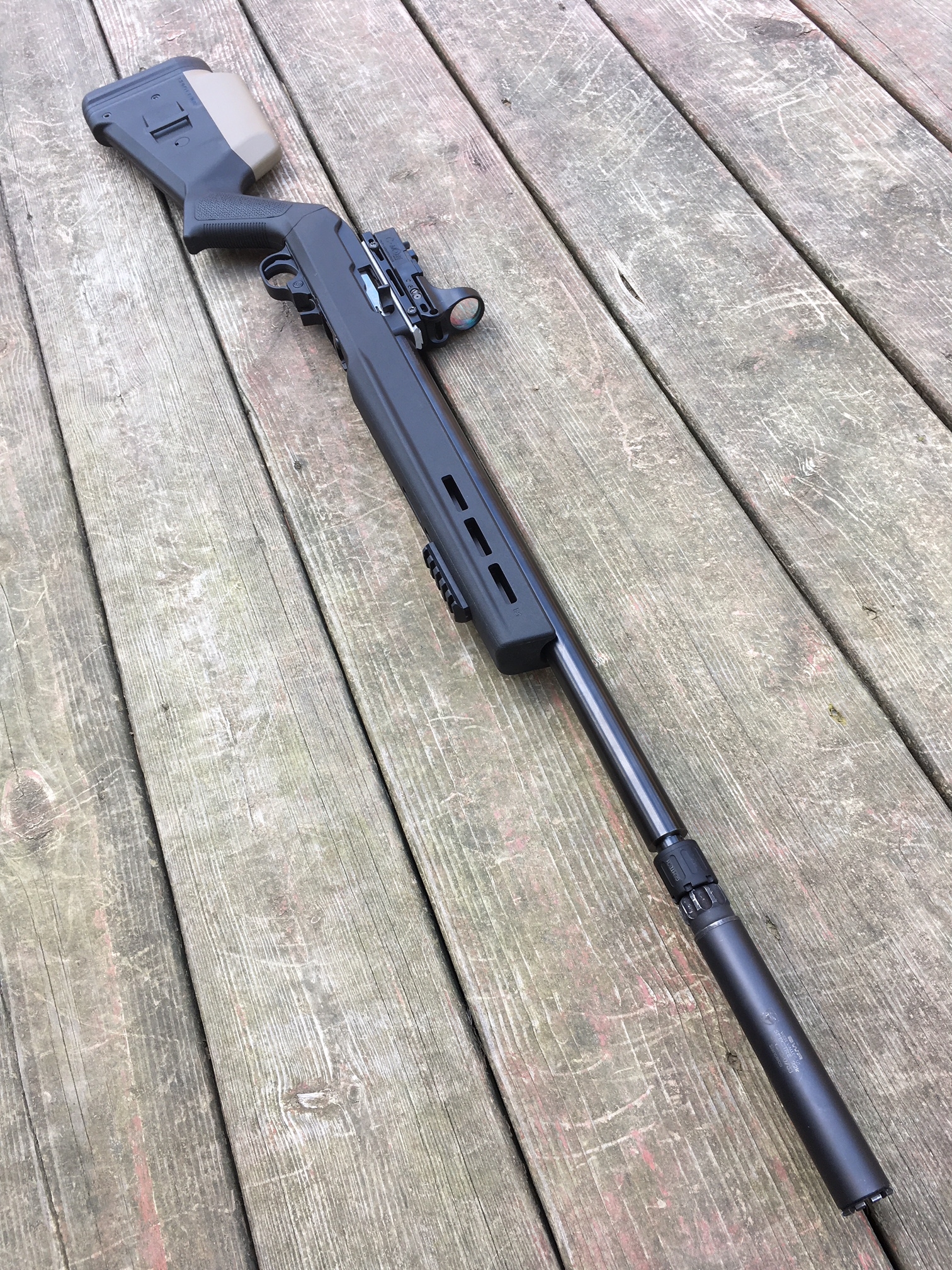 While the 22 QDA does add a little bit of length to your suppressor. But it makes up for it by allowing you to quickly attach and detach it from yoru gun. The added benefit of the keyed quadlug design means the suppressor will always attach the same way everytime you install it. This helps maintain your zero by eliminating an unneeded variable.

The 22 QDA is $129.99 and comes with the adapter and one thread mount. There is a wrench to help you install the thread mount. Be careful I bent my first wrench by applying too much torque but was able to get a replacement from Gemtech. Additional thread mounts are $29.99.