The Galil carbine has enjoyed a cult-following in the United States since being imported a few decades ago. Some companies like Century Arms built a few guns off of Galil rifle parts kits, but IMI itself didn’t offer a dedicated civilian-legal Galil carbine until recently.

Dubbed, the Galil ACE, this rendition of the Galil carbine is based off the most recent iteration of the military version: the ACE 21. Under the hood, the gun is still the same great Galil, which itself is an improved version of the Finnish RK-62 which is heavily influenced by the AKM.

The ACE was developed to address the largest complaint against the original Galil – weight. The old Galil tipped the scales at a back-aching 8.7 pounds unloaded. Doesn’t sound too heavy, but when coupled with a loaded magazine and everything else a soldier needs to carry, becomes a burden very quickly.

IMI (now IWI) addressed this by employing polymer wherever possible on the carbine, and making lightening cuts on the receiver’s design. While this is great for portability, one of the areas that many feel shouldn’t be polymer, is the railed handguard.

That’s where RS Regulate comes in.

Scot, the owner of RS Regulate, explained to me at Big 3 2017, that the impetus behind the new, “GAR-10M-R MLOK” rail was to better conform to the rifle’s shape, while adding increased durability and mounting options without adding any weight.

Why this sounds very optimistic and bordering on marketing spin, the reality is dead on; the new rail fails to match the old polymer rail’s weight – undercutting it by more than 30 percent.

Available in both MLOK and KeyMod configurations, the new RS Regulate GAR series of railed handguards are available for Galil ACE carbines and pistols in 5.56mm, 7.62x39mm and 7.62x51mm, and in multiple lengths.Constructed of 7075 aluminum, these new rails are rock-solid and ultra rigid. They also include an open top design that uses heavy bolts both to secure the rail to the rifle, and to better resist crushing. Plus, the rail is so thoroughly ventilated by the accessory slots , that it cools very quickly even under heavy use. 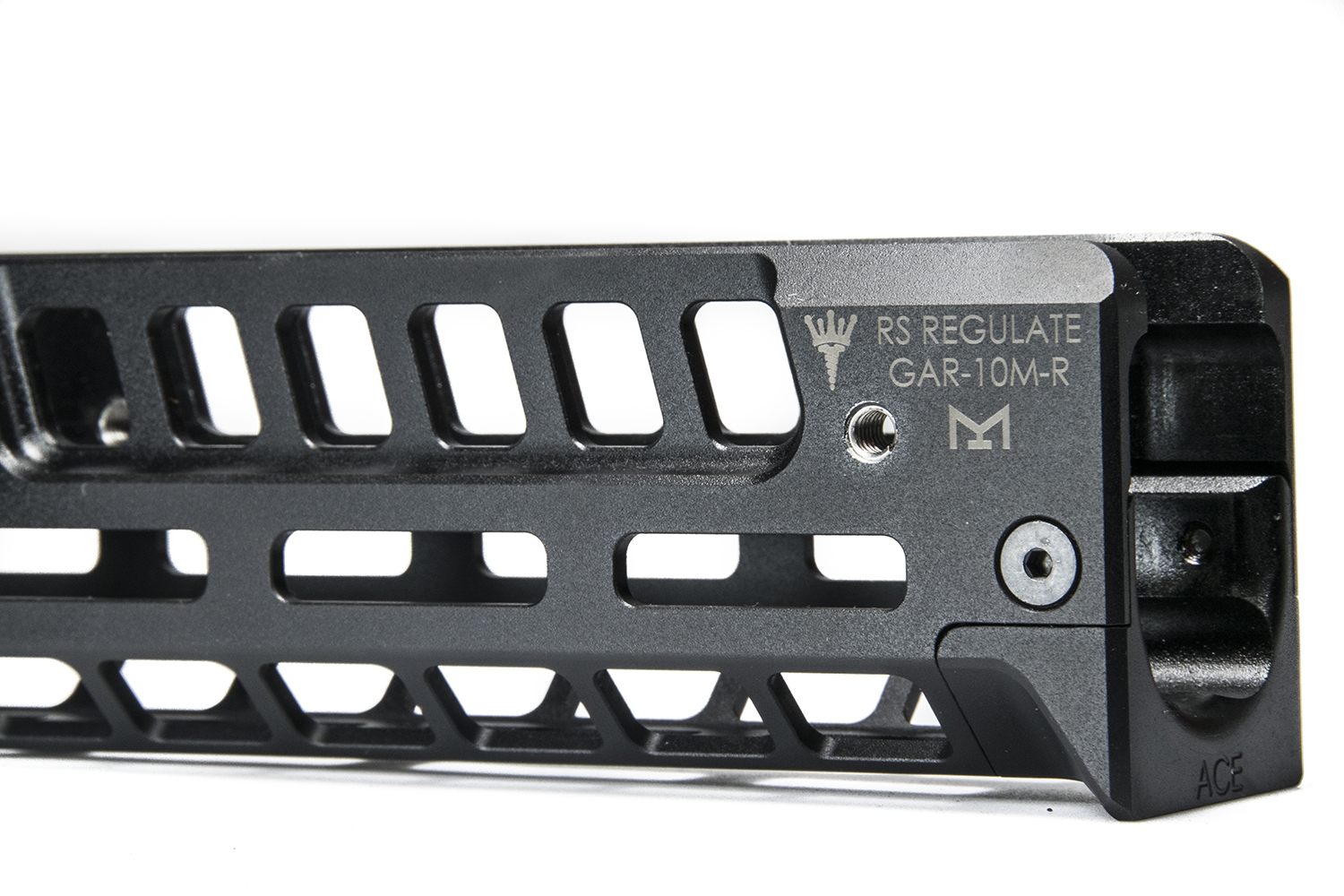 Lastly, the new design doesn’t block gas ports at all, keeping the rail from blocking said gas and heating up necessarily. Plus, the rail incorporates QD sling mounts on both sides of the front of the handguard.

While no solid release date has been announced, I was told to expect the rail sometime after SHOT Show 2018, and that the rail will be available in three colors of type 3 mil-spec anodized coating – black, Wasteland (tan) and a yet unnamed shade of gray.