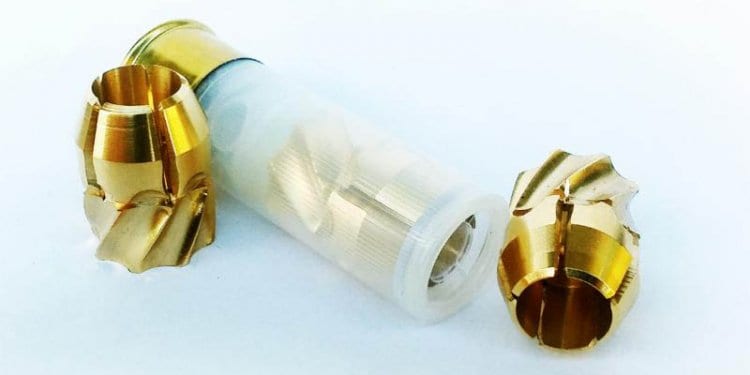 G2 Research announced the company would soon be selling the “world’s deadliest 12 gauge round.” It may also be one of the world’s most expensive at about $10 each. According to the company, the new shotgun loads have been in development for more than three years and will offer “incredible performance against soft targets.”

G2 Research loads an unnamed specialty slug in these rounds that are designed to fracture when striking a target. The slug is a 303-grain brass hollow point projectile with heavy scoring in the sides of the nose. As the slug enters the target, the scored sections of slug break off to form separate wound channels.

The company states that each of these sections will penetrate up to 11”. G2 states the core of the slug will penetrate up to 17”. Unfortunately, the company does not state what medium the penetration has been estimated in, but the photos they provided appear to show testing in Clear Ballistics blocks. Those blocks are sometimes used as a convenient alternative to ballistic gelatin, but are definitely not the same.

Each slug is individually CNC machined, which is likely to be a significant reason why the rounds are so expensive.

Unlike normal slugs, this round is not designed to reliably hit targets at long distances. In fact, the company states that the round has a “true effective performance expansion range” of only 10 yards. Beyond 10 yards and the slug begins to yaw, which makes it unlikely to hit the target at the right angle to expand as designed. It is unclear how much accuracy is affected by the yawing. 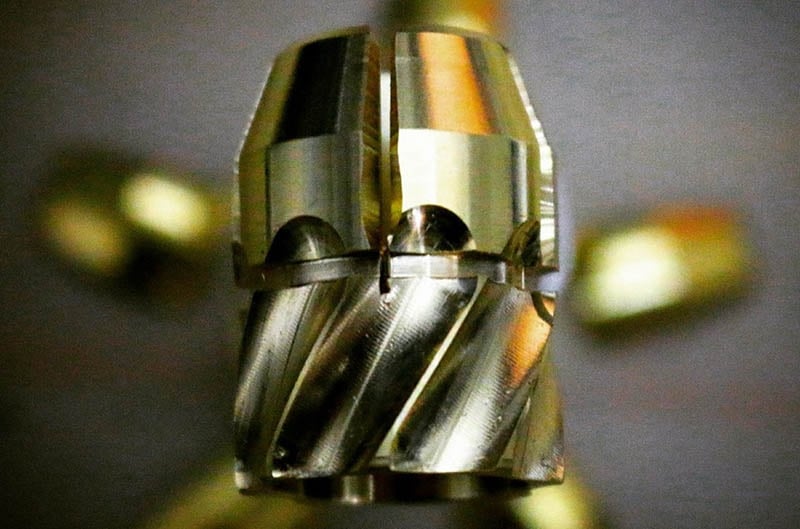 G2 Research attempts to justify this obvious limitation by stating that shooting an attacker at a distance beyond 10 yards is not likely to be deemed as self-defense. Based on my own studies of self-defense encounters, I disagree with this statement and would never limit my ability to respond to a deadly threat to any predetermined distance. Every encounter is unique, and self-defense engagements do occur at distances beyond 10 yards.

Frankly, I see no benefit to this round as compared to standard 00 buck loads. 00 buck loads, either as full power 9 pellet loads or reduced recoil 8 pellet loads, have proven themselves time and time again as capable manstoppers in the hands of both homeowners and lawmen. Plus, they have the added benefits of being affordable enough to practice with, an effective range beyond 10 yards and no issues with angle of impact.