Plenty of folks are disgruntled by recent NFA activities and it seems appropriate to take another look at what the Franklin Reformation has achieved. Whether you believe the Franklin Armory Reformation is the best thing since sliced bread or as bad an idea as a screen door on a submarine, one thing is certain: any product that shines a light on the insanity and pointlessness of the NFA is a good thing.

Originally Published in February of 2018.

Franklin Armory, a small gun-maker out of Nevada, made a name for itself a few years back when it introduced a binary trigger for the AR-15. The trigger dropped the hammer on a new round both when depressed and released. (Hence, “binary”)

This trigger allows shooters to fire their rifles at vastly quicker rates of fire than standard triggers and is a more controllable alternative to bump-fire stocks. Initially, some shooters thought the binary trigger might run afoul of the ATF, and its definition of machine guns. But by carefully designing their trigger to avoid to the BATFE’s definition of a machine gun, Franklin Armory was able to offer shooters something they previously couldn’t legally experience. 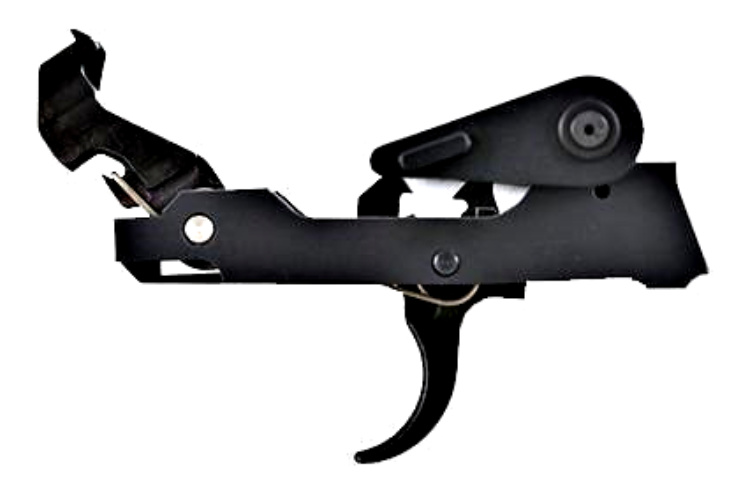 So when Franklin Armory released a teaser image of their new Reformation rifle – an 11.5-inch barrelled AR-15 with a foregrip and stock, claiming it wasn’t NFA-regulated, they piqued the entire industry’s interest.

With their binary trigger, they were able to avoid MG classification by designing the trigger to be interrupted by the safety lever. Meaning, if the shooter pulls and holds the trigger down, they can flip the selector to “safe” and immediately stop shooting.

But how did Franklin Armory make an 11.5-inch barreled AR-15 with a collapsible stock and vertical foregrip not classified as an SBR?

Its a Matter of Semantics

The ATF defines rifles as the following:

Don’t rifle the barrel. At least not in the traditional sense.

Rifling is defined as lands and grooves cut into a barrel that, “rifle” or twist around to impart spin and thus stability on a projectile. Shotgun barrels are smooth-bored, as they are both meant to spread out, and they utilize a wad to shuttle their shot to further distances.

So is the Franklin Armory Reformation a smooth-bored gun?

It’s an AR-15-style, modern sporting firearm that utilizes straight grooves and lands to partially stabilize the bullet. Though this isn’t a new concept and it certainly wasn’t invented by Franklin Armory. 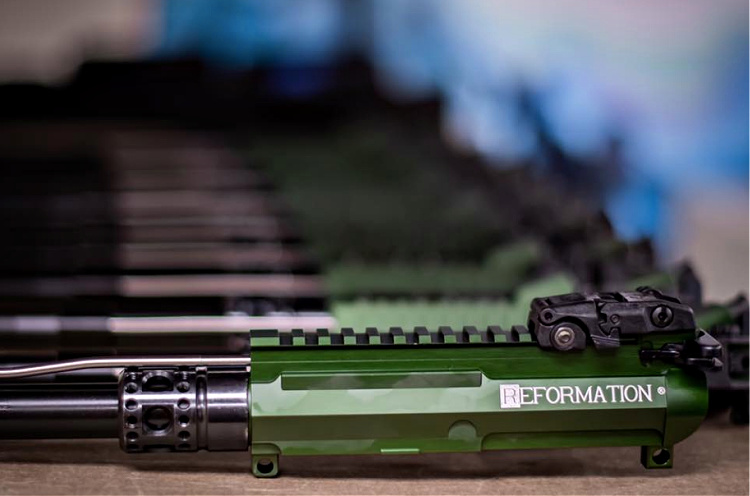 The Development of Rifled Barrels

The first firearms to feature rifled barrels were initially built that way not for increased range or accuracy, but for ease of cleaning. Before the days of smokeless powder, black powder was the name of the game. Every firearm and cannon used it, and it was filthy.

So much so, that regular cleaning wasn’t just a good idea, but imperative to keeping your guns in safe, working order. As carbon and soot collected from repeated firings, the bore of the gun would begin to shrink.

Some shooters would bring separate bullets that were slightly smaller to accommodate for the shrinking bore, but for the most part, the real solution was to clean your rifle after a certain amount of shots fired. The problem with this is that it required both intense scrubbing and the enemy of fire: water.

Because of the latter element, shooters had to wait for their rifles to dry first before attempting to reload them. This meant the guns were effectively useless until they dried. So, some entrepreneuring individual decided to cut lands and grooves as gutters for excessive carbon fouling and buildup. But they noticed an interesting side effect of the process — increased accuracy.

Now, these first barrels with linear cuts didn’t impart rifling on bullets, but rather kept them from spinning randomly as they left the muzzle. This meant the round’s trajectory was more akin to “knuckling” as they traveled downrange than their original curveball style paths.

At some point, a gunsmith tried spiraling the grooves and the rest is history. But the engineers at Franklin decided to take a closer look at the progenitor of modern rifling – these German-style straight lands and grooves.

As with pre-Napoleonic muzzleloaders, the Franklin Armory Reformation also benefits from the straight cut grooves in the barrel but is by no means on par with standard button rifling. In testing, the Reformation achieved between four and six MOA groups in my hands, though I only had a chance to fire roughly 30 rounds of 55-grain FMJ through the gun at steel targets at known distances.

During this testing at Media Day at SHOT Show 2018, the Reformation encountered no malfunctions whatsoever. It was both well-balanced and enjoyable to shoot. But the destabilized nature of the rounds themselves is concerning for anyone considering the firearm for self-defense or hunting.

When questioned about this, the owner of Franklin Armory responded, “…With… Wally World ammo (referring to off-the-shelf, FMJ ammunition from Walmart)  that where’s where you’re going to get non-stabilized projectile. You’ll get four MOA, the bullet will tumble, hit the target sideways … and probably do even more damage”

What About the Ammo?

As far as terminal ballistics is concerned, most ammo makers don’t design their rounds to impart the maximum amount of energy into a target when key-holing. That said, tumbling projectiles are notorious for inflicting horrific tissue damage.

How much of this damage is hydrostatic, and how much is permanent cavitation is yet to be seen. Though given the advancements in defensive ammo tech, it wouldn’t be unreasonable to assume ammo makers could design a projectile around this concept.

But the folks at Franklin decided to also produce ammunition specifically for their new barrels.

Interestingly enough, German “Jaegers,” or hunters, had been experimenting with a similar concept with crossbows featuring rifled tubes for increased accuracy, as well as arrowheads and fetching that imparted spin on the bolt. Though this began in the late 1400s, some 600 plus years before Franklin Armory. Still, it proves the concept has merit.

This begs the question, “Are shooters desperate enough to experience an SBR-like firearm without paying a tax stamp, that they’ll buy expensive proprietary ammunition?”

The answer is yet to be seen. But whether you believe the Franklin Armory Reformation is the best thing since sliced bread or as bad an idea as a screen door on a submarine, one thing is certain: any product that shines a light on the insanity and pointlessness of the NFA is a good thing.