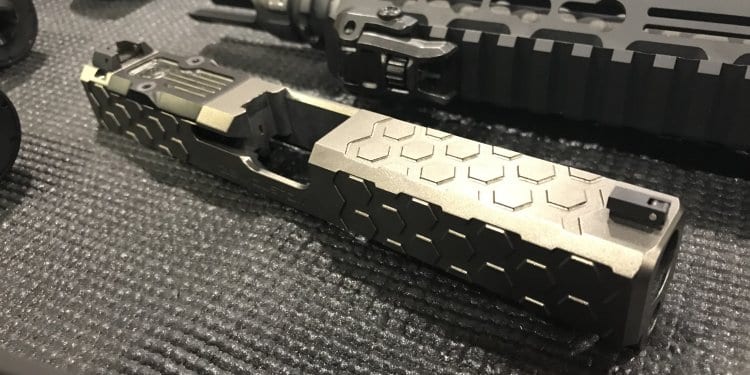 One of the problems with shooting a handgun suppressed is that the body of the suppressor blocks your sight picture. One method to alleviate this problem is to get tall iron sights on your pistol so they sit higher and you can see over the suppressor body. Dead Air Silencers has come up with a simple solution, folding suppressor iron sights.

As I mentioned earlier, you can get tall suppressor sights installed on your Glock. However if you want to shoot unsuppressed the tall irons can cause some issues. They can get snagged while reholstering and you have a slight issue with height over bore. The iron sights are designed to replace Glock iron sights. They are made of steel and feature a hinge in the rear and front sights.  You keep the irons down for shooting the Glock unsuppressed. Then when you want to shoot suppressed, you can flip up the suppressor sighs. Below you can see the front and rear sight flipped up for use with a suppressor. 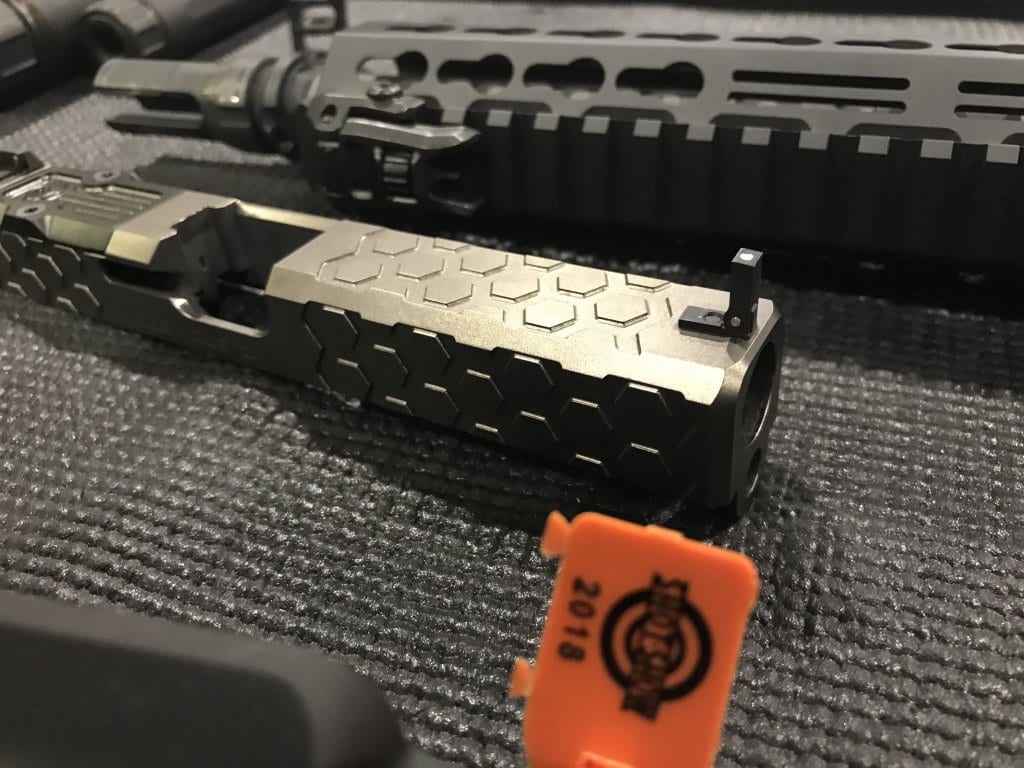 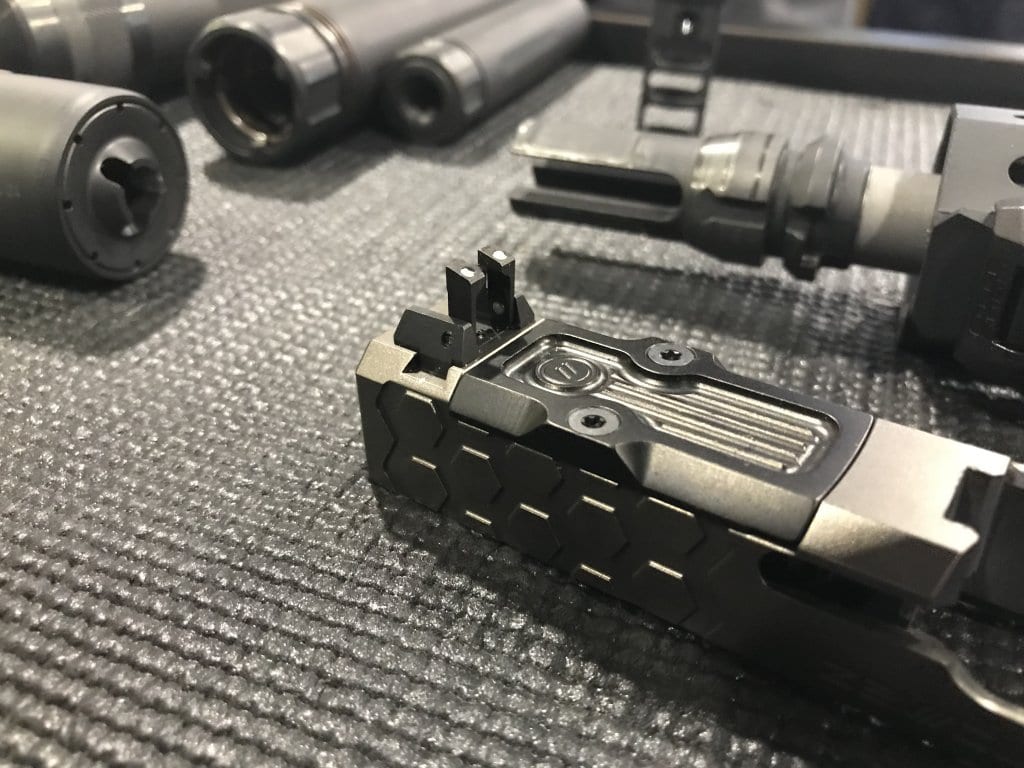 When you are not shooting suppressed you can fold the iron sights back down. Another application is that you could possibly have cowitnessing irons if you mount these on a Glock MOS.

Below you can see the rear irons folded down. You simply pull them up and forward to deploy the suppressor sights. 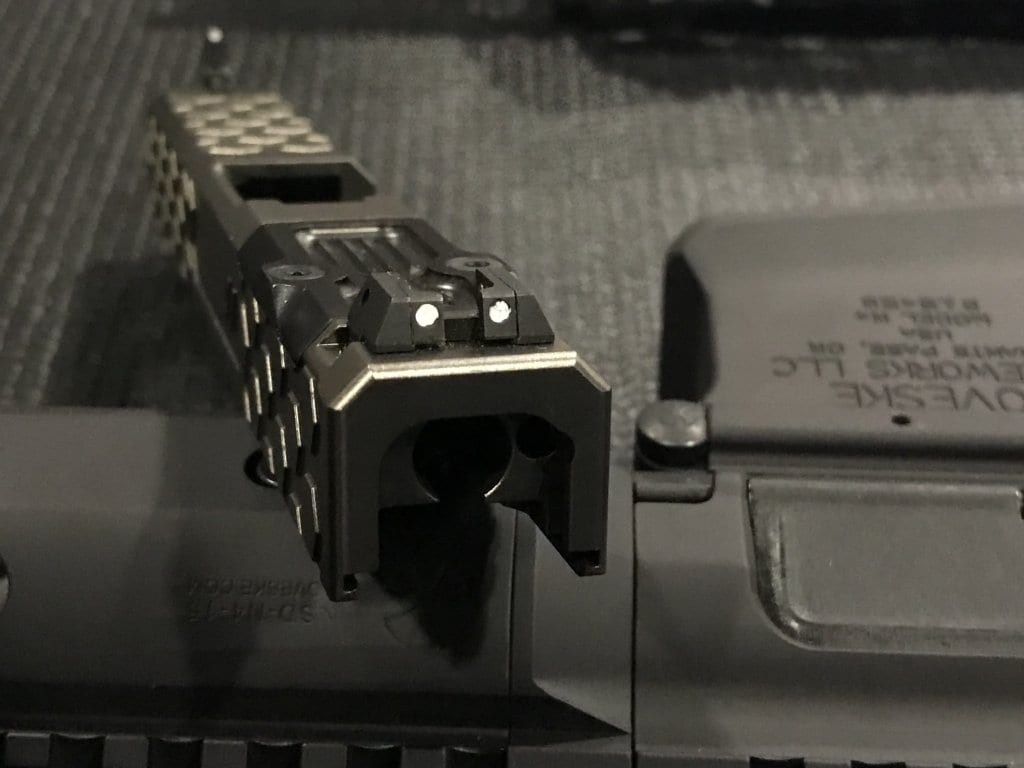 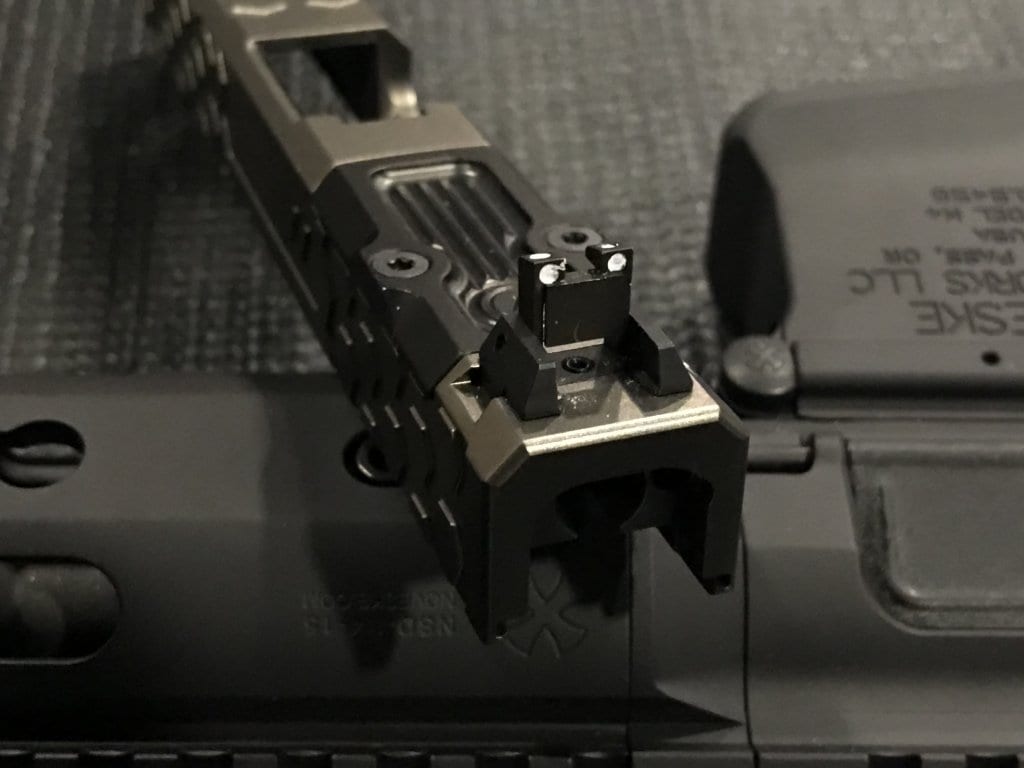 The irons have matching dots to help you align the folding suppressor iron sights. If three dots is not your cup of tea, you could always black them out with paint. I would have liked them to have either a fiber optic front sight or tritium vials instead of the white circles. 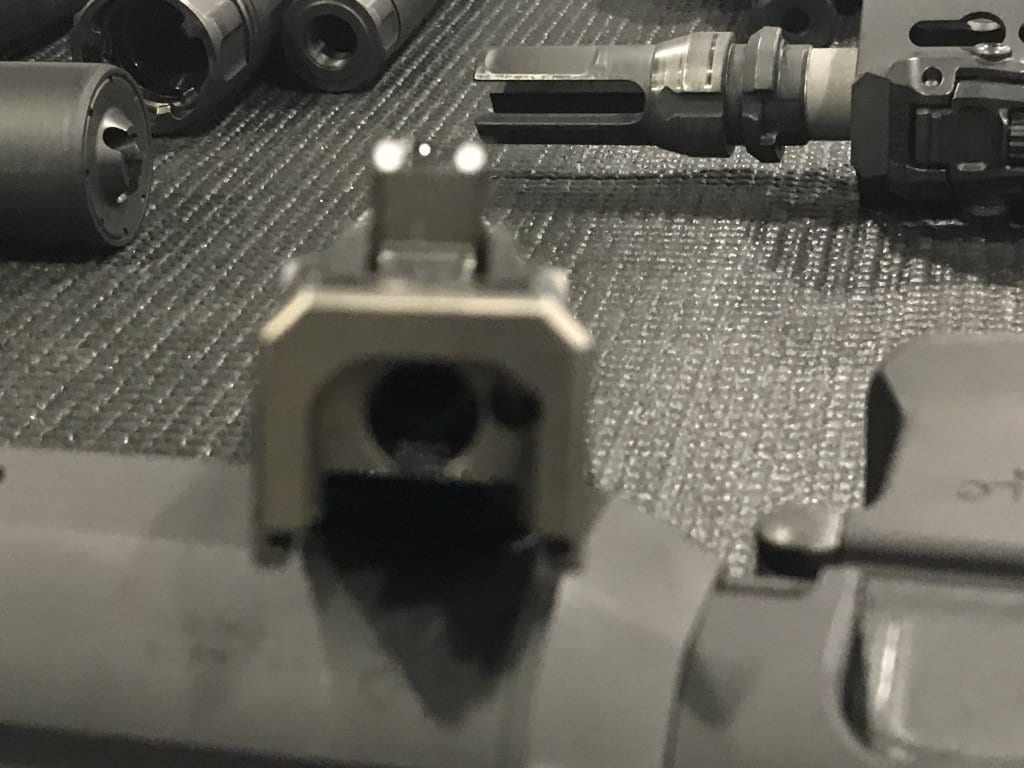 The Dead Air folding suppressor sights will be available in second quarter. Possibly by April. They will retail for around $150. You will need Glock sight tools to help remove the front sight and you may need a sight pusher to replace the rear sight.