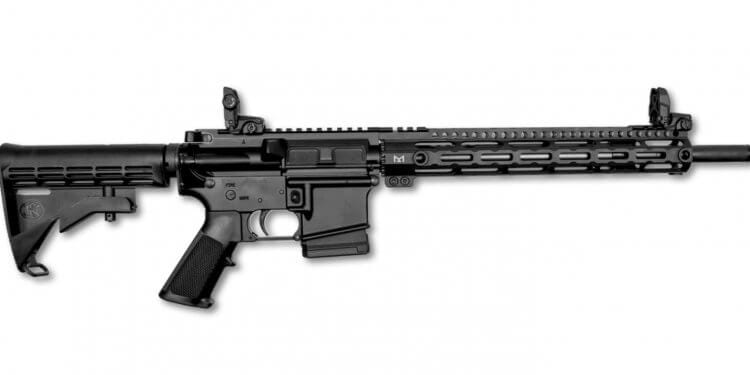 Thanks to a seemingly endless amount of anti-gun legislation that popped up in the past few years, gun-makers have had to modify existing designs to meet specific regulations to enable customers in these states to purchase and own their products.

It’s the American sister company of one of the most prolific arms-makers for the US military and its NATO Allies, Fabrique Nationale. A Belgian company that produces the M249, M240B, M4 and M16s as well as the SCAR series of firearms.

A few years back, FN began producing civilian-legal, semi-automatic versions of their M4 and M16s under the FN-15 moniker. While lacking the selector switch, and automatic seer components, these guns are nearly identical to their military-issue counterparts.

These guns generated a great deal of excitement and buzz amount AR-15 fans and collectors of militaria, but until recently, were unavailable to residents of MD.

Now, however, FN-USA has unleashed a duo of FN-15 carbines for shooters living near the capital.

The first is a standard FN-15 minus the bayonet lug and limited in capacity, while the other is a fixed-stock version similar in appearance to an M16A3 – minus the carry handle and heavy Picatinny handguard.

Both models are available now and retail for $1,399.