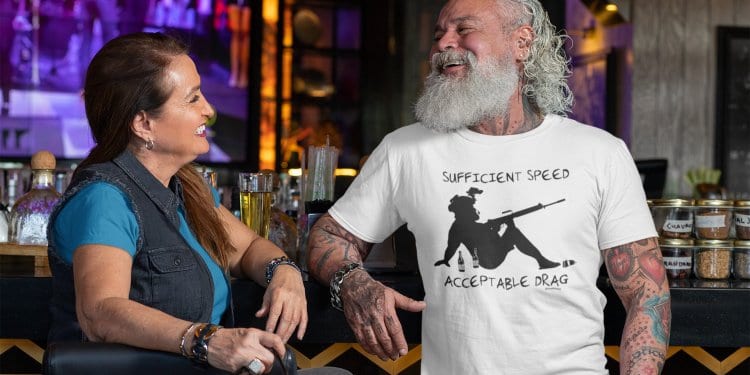 You’ve likely heard the phrase before: beware the old man in a profession where men die young. Sometimes it’s rendered as fear the old man in a young man’s profession. Well, MadDuoCo has a series of t-shirts that reflect this theme. As they put it, the designs are for those who’re “…long in the tooth but still perfectly capable of — and willing to — put foot to ass.” The phrase on the front of each shirt is Sufficient Speed, Acceptable Drag. 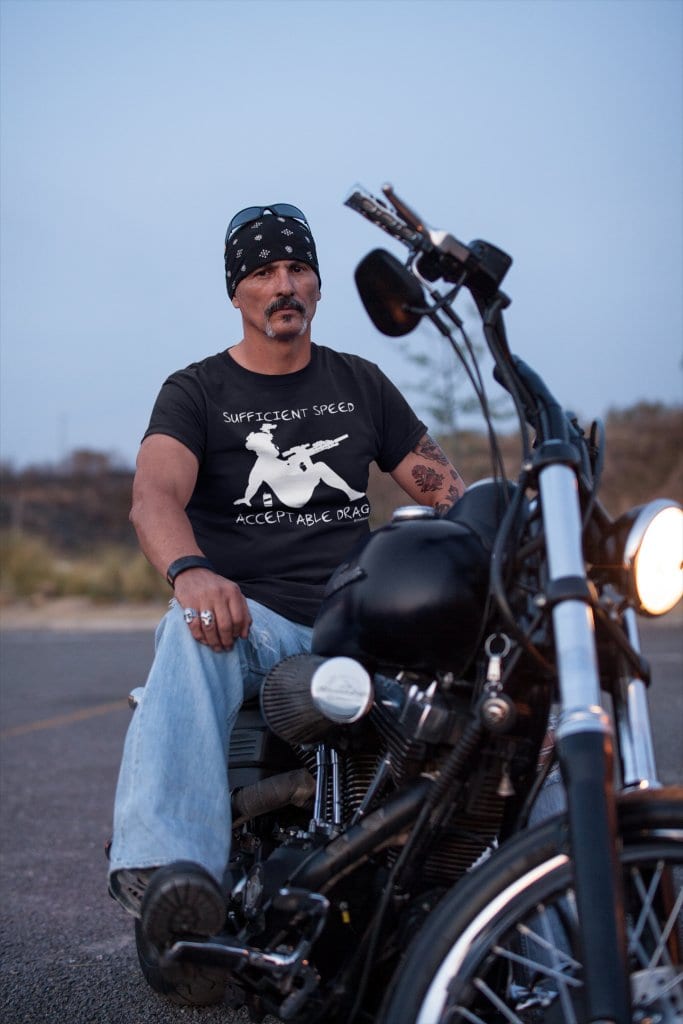 That’s obviously a play on the “high-speed low drag” aphorism so often used in the tactical community. 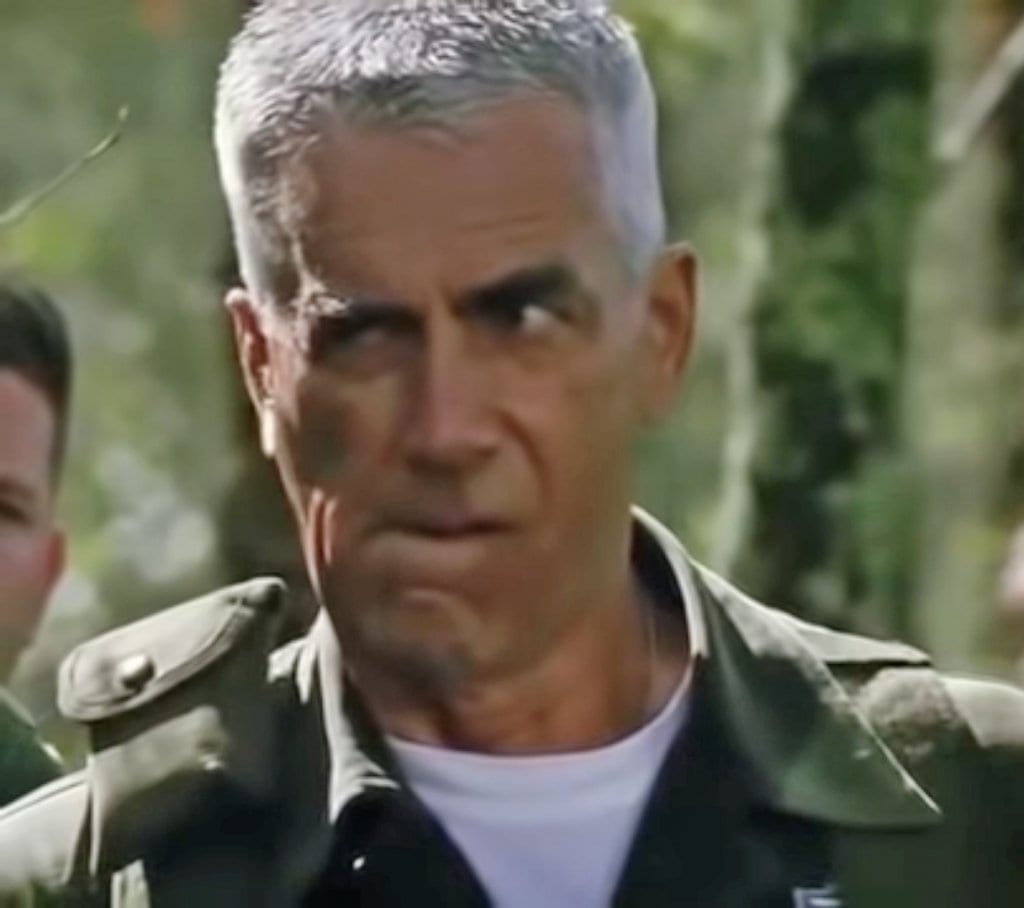 Most recently they’ve added an FN SCAR version to the lineup (see below), but there are others available, including of course the one with an AR15 but also one with a Rhodesian Bush War FN FAL.  This should cover most preferred weapon styles, though obviously there are more they could hit. 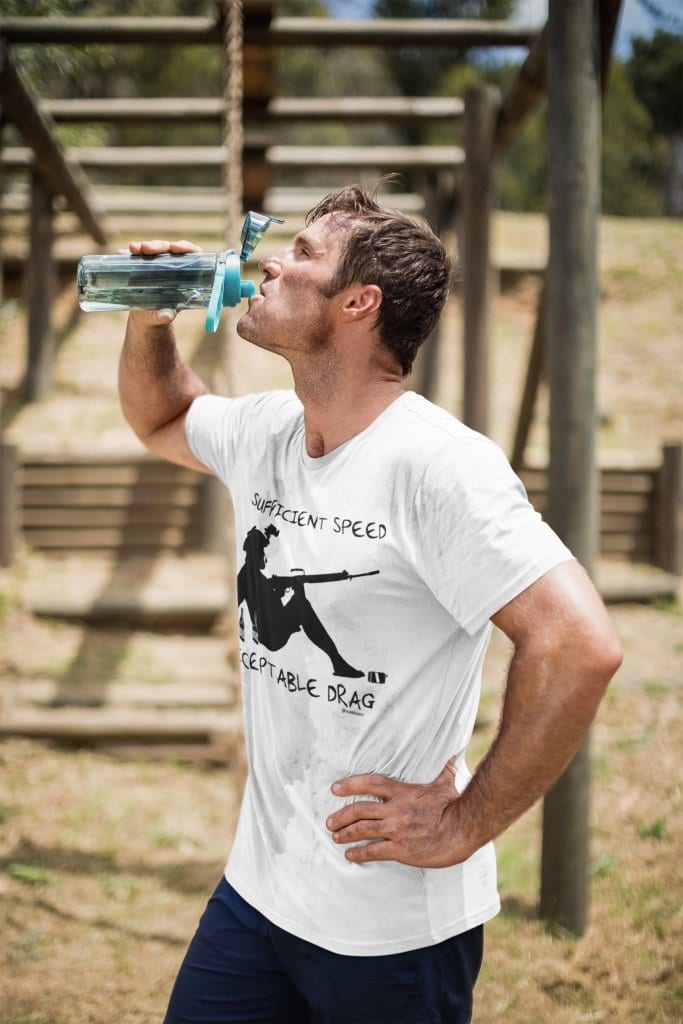 This the Rhodesian Bush War-era version of the shirt. They call it “Zulu Foxtrot FAL”. 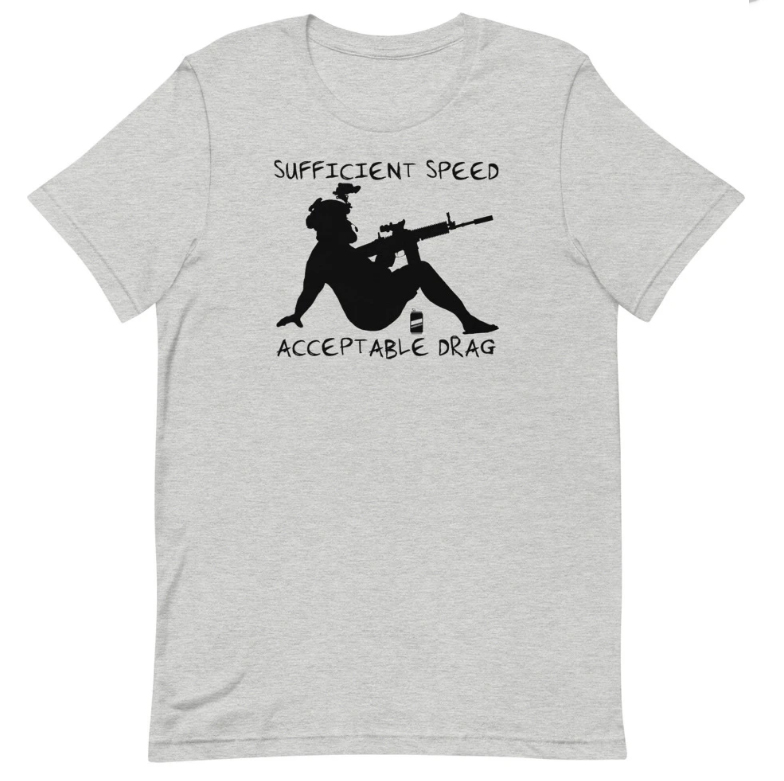 P.S. Do you need SCAR mags?

One must assume that at some point they’ll have an AK version, right? They acknowledge the Kalash life in other gun shirts, so it’s probably coming.

Anyway, if you’re interested, check out the entire Beware the Old Man lineup. They have hoodies and long-sleeve tees, too.

“Some bodies are built for comfort, not speed, but it wasn’t always that way. And that doesn’t mean the dudes with a dad bod aren’t still dangerous. Especially if they’ve grown grey in a hard line of work.” 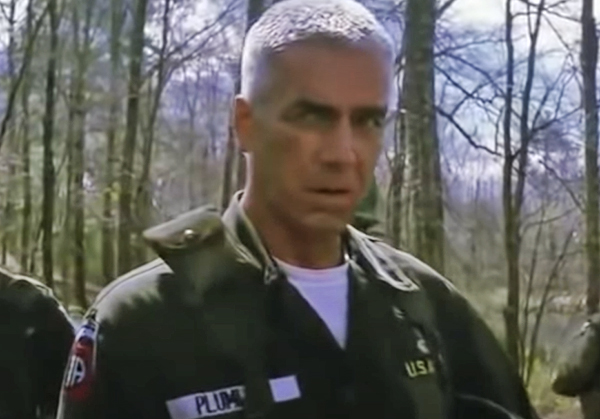 Sam Elliot as Command Sergeant Major Basil Plumley from the movie “We were soldiers once, and young.” If you haven’t watched it yet, you should. Check out the book “Hal Moore on Leadership: Winning when Outgunned and Outmanned” too.