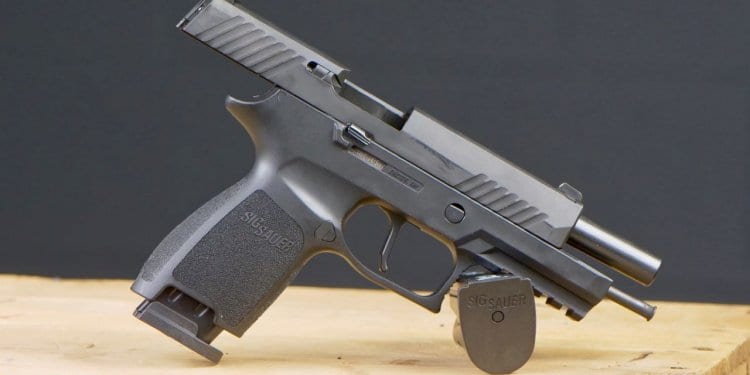 Most folks that are in the know regarding the defensive use of handguns recommend carrying a spare magazine in addition to your semiautomatic concealed carry handgun.  There are plenty of reasons why this is the case such as the possibility of needing more ammunition than the capacity of the handgun, or to provide a spare magazine in the case of a malfunction.

With the development of additional models of handguns in compact sizes, capacity has become an issue in the minds of many concealed carry holders.  As a solid solution, some folks choose to carry a compact handgun and a full size magazine as their spare.

For example, I recently attended a defensive handgun course as a student and one of my classmates had a Smith & Wesson M&P 9 Compact in his holster.  The M&P 9C has a magazine capacity of 12 and is available in a flush fit or a model with a finger rest.  Several of the magazines he was using during the course were M&P Full Size mags with a capacity of 17.

There is the rub.  Literally.  You see, it wasn’t long before the student started to have some malfunctions.  I was observing how his gun was running and the malfunctions all seemed to be related to a sluggish slide not returning fully into battery.  This is a problem I have seen before.

Now if you imagine a reload in a self-defense oriented course or in a real life violent encounter, it’s easy to understand that the reload is probably going to be performed when the gun is at slide lock and with vigor.

The fact that the reload happens at slide lock means that there is no support for the ejector and the vigor adds a lot of force to that tiny piece of metal.  Over time, or sometimes all at once this leads to a broken or bent ejector which can induce malfunctions like we saw in the class (and I have seen multiple times before and since) or it can lead to a gun that simply doesn’t work.

Broken guns are something to be avoided in both training and in real life self-defense situations.

This isn’t a knock on the Smith & Wesson M&P Pistols and their magazines.  The problem exists with many different handguns.  Most notably, the 1911.  This pistol was the first place I observed the issue while reloading a single stack 1911 with a 10 round magazine.  A reload at slide lock could result in problems. 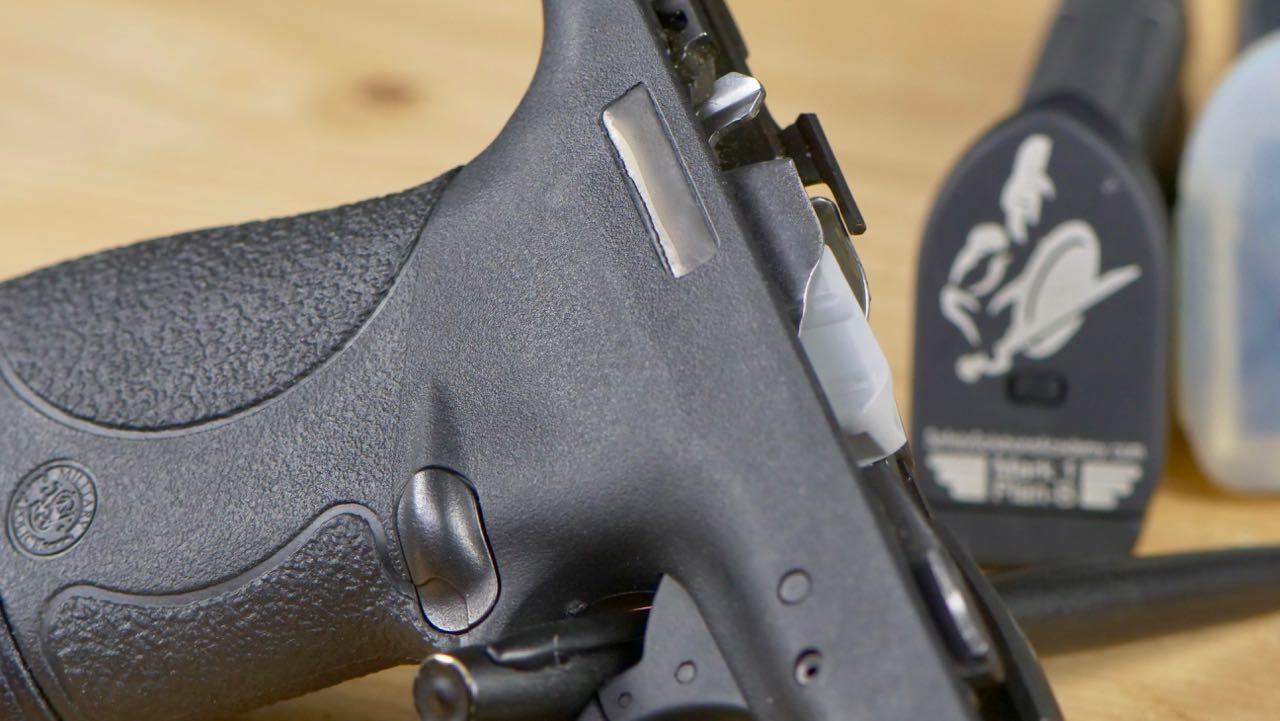 The Smith & Wesson M&P Shield is another pistol that has a problem with over insertion.  The 9mm Shield comes with a flush fitting 7 round magazine and an extended 8 round magazine.  The 8 rounder is fitted with a sleeve or spacer that has an important purpose other than looking good.  You got it, it prevents that extended magazine from being over inserted into the gun and bending or breaking the ejector.  Unfortunately the sleeve introduces some other issues which is why I developed the Shield Plan B for the extended magazines for both the 9mm and to 40 S&W Shield. 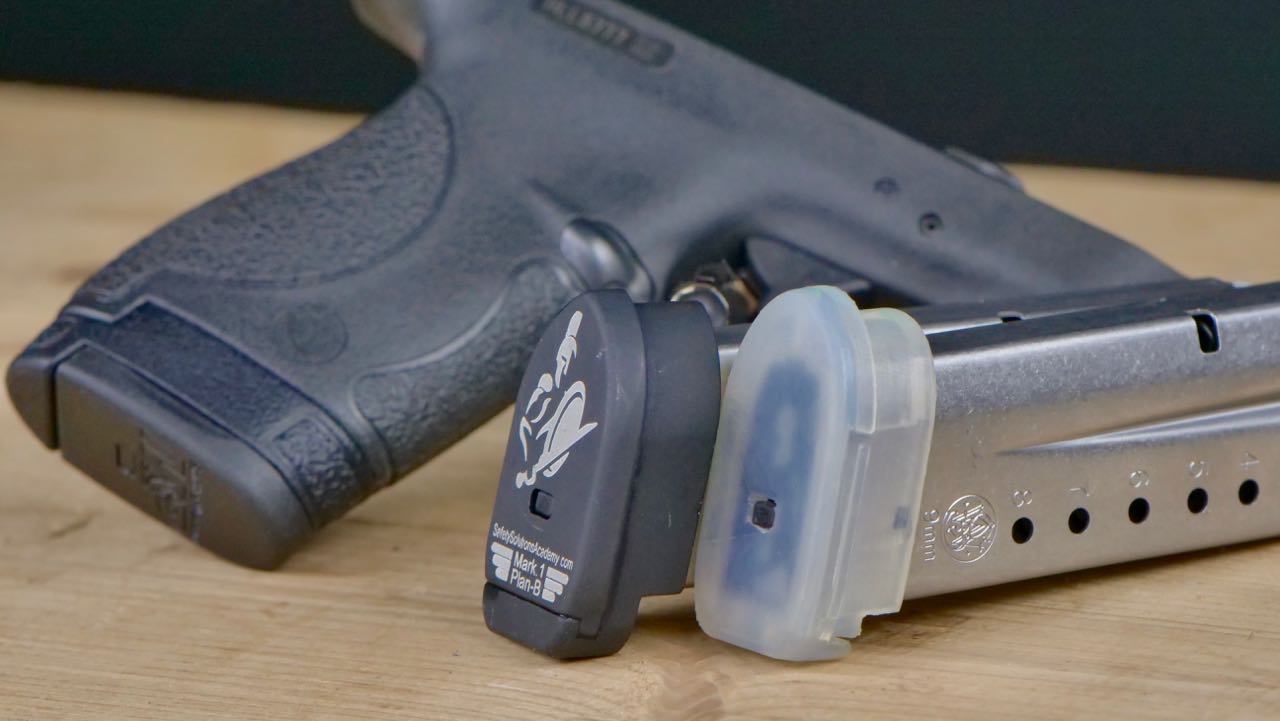 I have been working with the Sig P320 quite a bit since its adoption by the US Army as the new handgun for the XM17 Modular Handgun System contract.  I really like the pistol, especially when I mount the full-size slide on top of a size small, compact grip, but, if I reload that combination with a full size P320 magazine instead of the 15 round compact mag, the same problem exists. 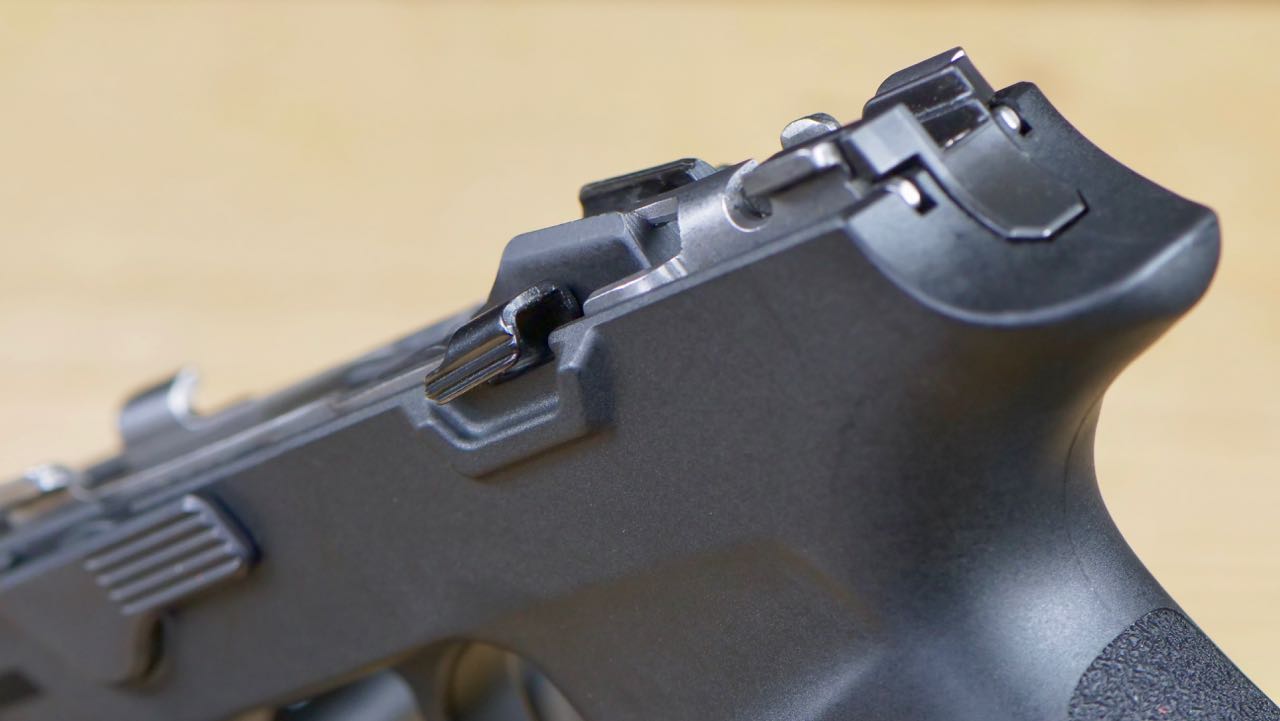 If you look at the images included in this post, you can see the witness marks where the ejector and magazine met violently.  It is that impact that can result in the damage that disables your handgun.

It makes sense to mention that not all guns suffer from these issues with the over insertion of magazines.  Most notably, extended GLOCK magazines can literally be used as a hammer while in the gun and there isn’t any worry of the mag sliding past the mag stop.

If you aren’t sure if your gun might experience issues or not, test it out.  Firmly insert an empty mag into your handgun at slide lock and watch for contact with the ejector.  If no contact occurs, remove the mag and increase the force.  Also it is wise to keep an eye on your ejector.  If you are using extended magazines watch for wear on the top of the ejector (there shouldn’t be any) and keep an eye out for malfunctions where the slide speed seems to be slowed. 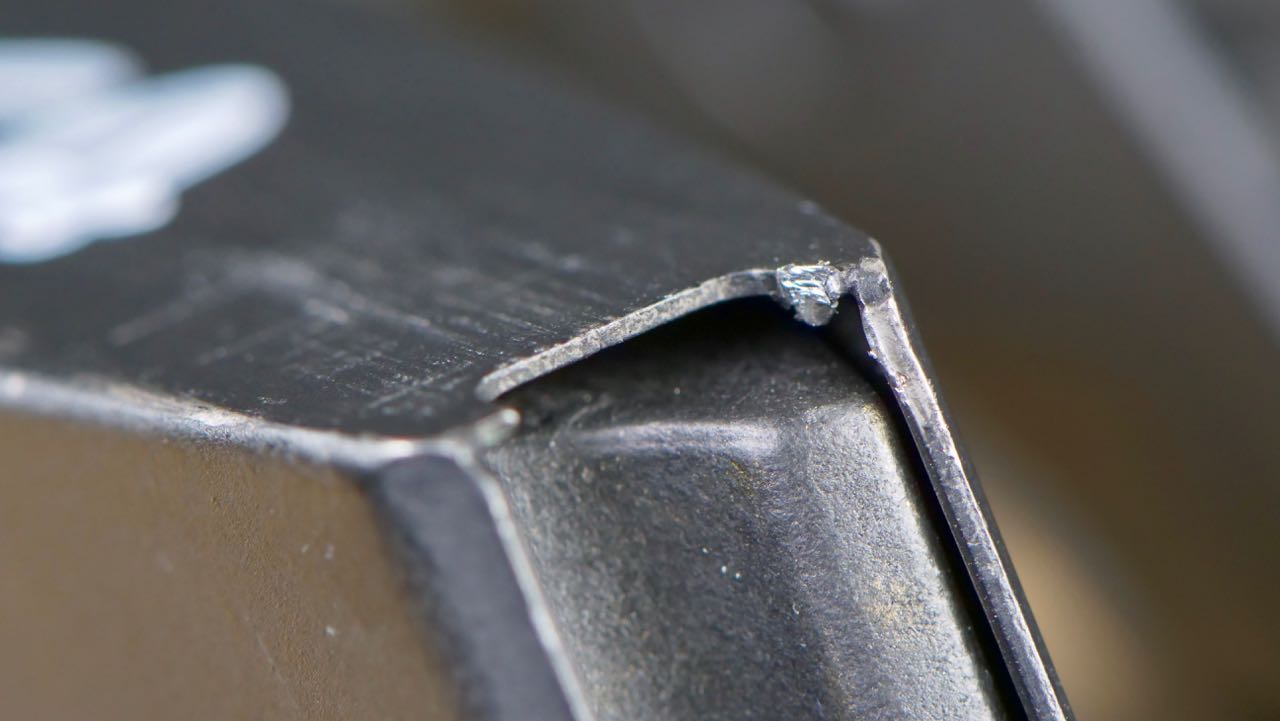 So the question remains as to what can be done to prevent over insertion. Luckily the answers are relatively simple.

The first solutions that I was ever introduced to was the modification of your handgun so that the slide would not lock to the rear.  Simply grinding down the tab on the slide stop lever that is lifted by the magazine follower keeps the slide from locking to the rear when the gun is empty. This method makes it impossible to over insert the magazine as the slide itself (remember it doesn’t lock back, so it is forward on a reload) inhibits the extra travel of the mag.  I don’t find this to be an acceptable solution for defensive guns.  Slide lock is an important indicator of the need to reload and to eliminate that feature of the semi auto seems foolhardy.

For most folks, the most obvious solution is to just resist the temptation to use extended magazines.  Although the extra capacity is enticing, if that solution can break your gun when you need it most, it probably isn’t worth it.  If you are convinced that you need the extra capacity, carry a higher capacity gun.  Or…

If your magazine is outfitted with an aftermarket sleeve, spacer or baseplate that prevents the magazine from being over inserted, this can be an acceptable situation as long as that adaptation doesn’t introduce additional functional problems.  You can purchase adapters to make sure your full size magazine won’t over insert in you Smith & Wesson M&P Compact or in your Sig Sauer P320 Compact and adapters for other pistols are available from X-Grip at GunMag Warehouse.

With more choices comes more flexibility and more versatility.  It would seem that more choices is a good thing.  In many ways it is.  At the same time, if those choices lead to unforeseen problems, well, that is just no good at all.

Remember, if you are counting on your gun for defensive use, you have the responsibility to verify that your defensive handgun system works the way you think it does after all, when you face a violent encounter it is you that will have to work through the situation and deal with the consequences if you don’t.