Gunfighter Cast, a podcast hosted by our own Daniel Shaw, began releasing new episodes lately. The first new installment featured another of our crew, Varg Freeborn. In the episode, they talk about criminal communication, predatory behavior, the application of interpersonal violence, and the judicial process that comes after…there’s lots to learn. Here’s an excerpt:

I have been involved in lethal level violence multiple times. One of those times led to me being involved with…the court system. So I have experience with the court system, with the legal system and a lethal force case. I have experience with the fight itself and how that goes down and not involved. That particular incident involved weapons, and also other fights that I’ve been in, have involved weapons and some were manufactured somewhere environmental. 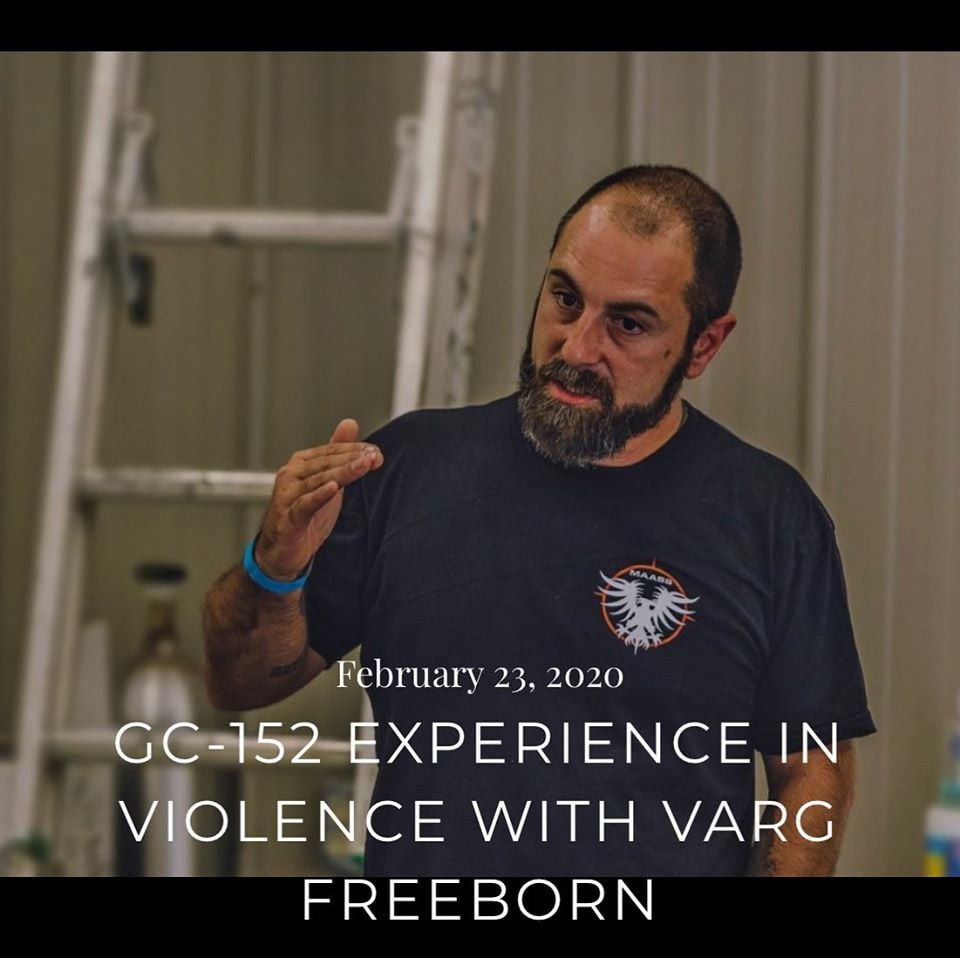 [A]t 19, I began a prison stay that lasted for five years. So 19 to 24 is spent in the brutal world of the penitentiary…[and] that was a very enlightening experience that was a very strong development in my life in terms of who I am.

[T]hat shaped a lot of my views on violence and….views on criminal mindset… I was simultaneously one of them, and also an observer in a person who disliked the people I was around, which made me very tuned into what type of people they were, how they operated, watching every manipulative behavior, predatory behaviors, all of those things were necessary for survival…

About this guest, Daniel Shaw opines,

“Varg Freeborn is one of the most experienced men I have ever met in terms of observing firsthand as well as being an active participant in violent encounters. His views, concepts and ideas are straight to the point and well-articulated.”