You have no doubt heard the phrase (aphorism?) “the enemy of my enemy is my friend.” It’s a common-sensical if simplified, take on realpolitik that’s been around for centuries. Not a “frenemy” reference, precisely, but close. More importantly to this fictive correspondent, it is the title of the latest novel by Mag Life contributor Peter Nealen in his Brannigan’s Blackhearts series.

BLUF: If you like military fiction books, give Nealen’s stuff a try.

Known for a realistic portrayal of weapon employment, gun handling, and well-executed scenes of distilled violence, most of Nealen’s activity of late has involved the work of an organization of modern-day Triarii, but in between these novels, he’s been slowly expanding the Brannigan’s Blackhearts series. And that’s where the Enemy of My Enemy novel comes in. It is the eighth installment in the Blackhearts series, which began with Fury in the Gulf.

Once upon a time, the genre would have been referred to as an “action thriller”, but that moniker is now largely associated with movies like Den of Thieves, Extraction, and Triple Frontier.

In this series, you’ll read titles like War to the Knife, High Desert Vengeance, and Kill or Capture. All of which sound like cool shoot ’em-up movies and are action novels.

You can find the book for sale/rent/download online. Or, if you’d prefer, read a free sample from this series: Colonel’s Got a Plan. 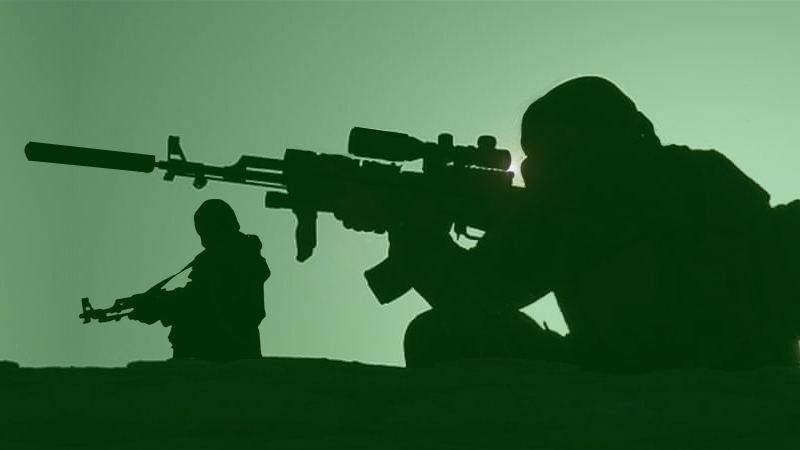 Enemy of My Enemy

It was dark enough that the man was as much a dark silhouette as the tree itself, but Flanagan’s eyes were adjusted enough that he could still see him. And at that distance, he didn’t need to use the scope. He just pointed the VSS and squeezed the trigger three times.

The VSS Vintorez’s integral suppressor was a very good one, which was a little surprising since it was Russian. It made little more noise than the click of the action cycling. The 9x39mm bullets were subsonic, but they tore through the man’s torso with little thwacks that Flanagan could actually hear from that close.

The man grunted as his knees gave way and he fell on his face, a faint gurgle coming from his throat. He hit hard, the AK knocking against the tree with a faint clack.

Flanagan winced, then rolled back over and turned his VSS toward the rest of the sentries.

Flanagan cursed silently. One of them had heard the man fall. Maybe they’d heard the suppressed weapons fire, too, but hadn’t quite known what it was.

Either way, they knew something had happened out there in the dark, and when Dukvakha didn’t answer…