Springfield’s EMP: The Scaled Down 1911 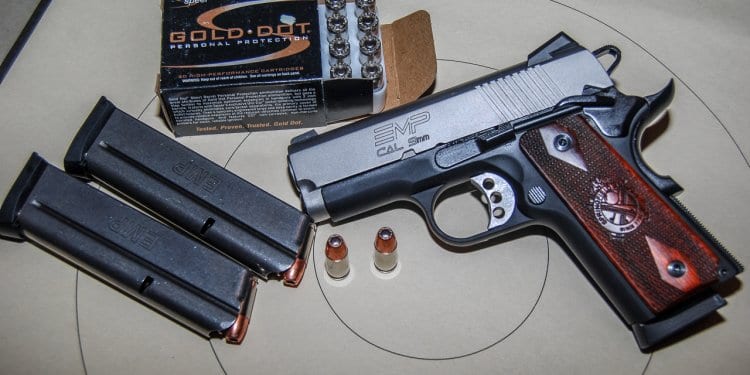 I like big guns and I cannot lie. But that doesn’t mean I can’t appreciate luxury in a smaller package.

I usually carry a full-size gun. While some of the pistols I like to tote around might be called “compacts,” they’re not exactly small, unless you consider double-stack 9mm pistols like the Sig Sauer P229 Legion or Beretta PX4 Compact Carry pint-sized. I don’t, and that’s a good thing. I like to carry physically larger guns because I shoot them better and am more confident in my ability to hit targets. The capacity doesn’t suck either. 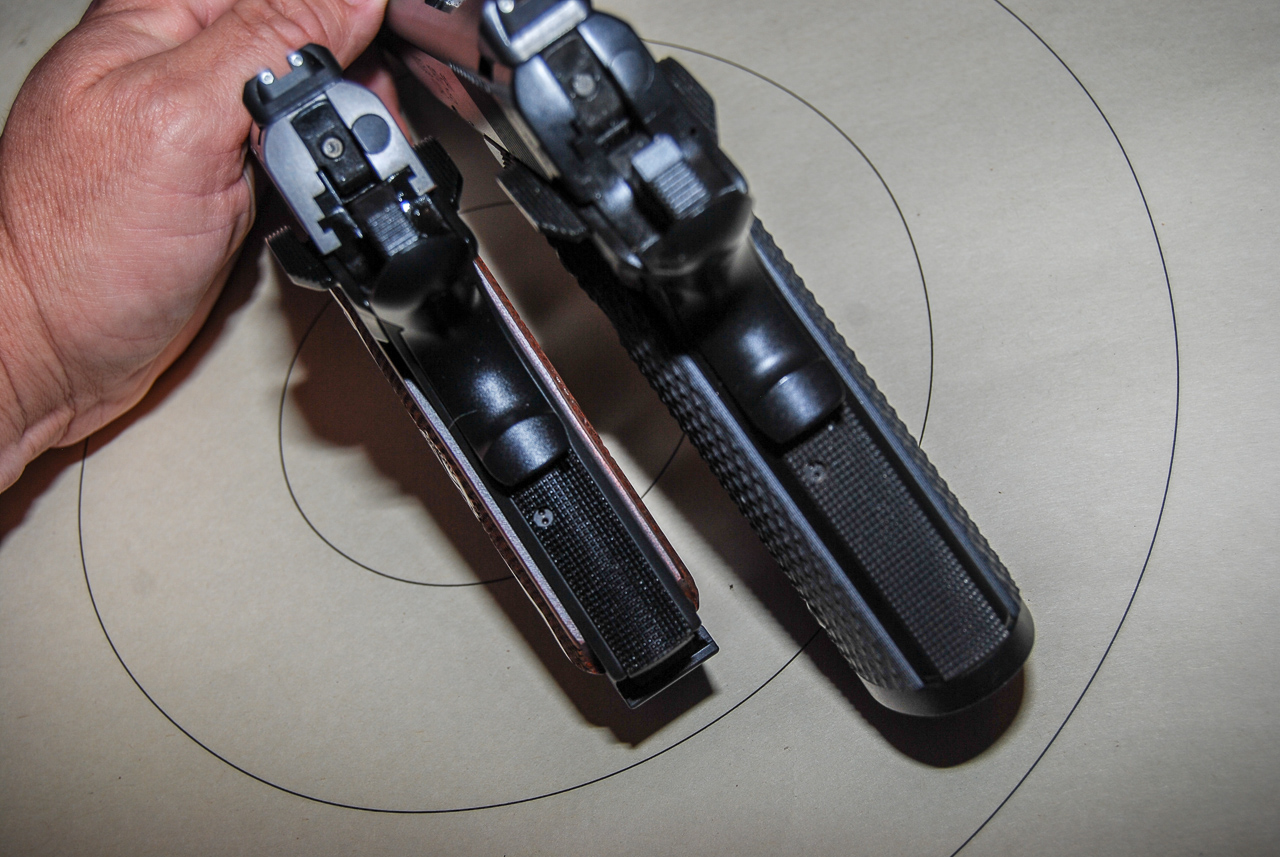 A couple of years back, I ran across an exception to my self-imposed rule, so I bought it. The pistol was a standard Springfield Armory 1911 EMP. It’s a 1911 design – kind of. While the look and operation are similar, the gun is scaled down. Making a dedicated 9mm (and .40 S&W if you prefer) 1911 wasn’t just an issue of shrinking all the parts by 20 percent or so. Lots of redesigns went into the effort, and it shows. This pistol runs. Like a luxury car where the doors and hood just make that satisfying “click” the EMP operates the same way. 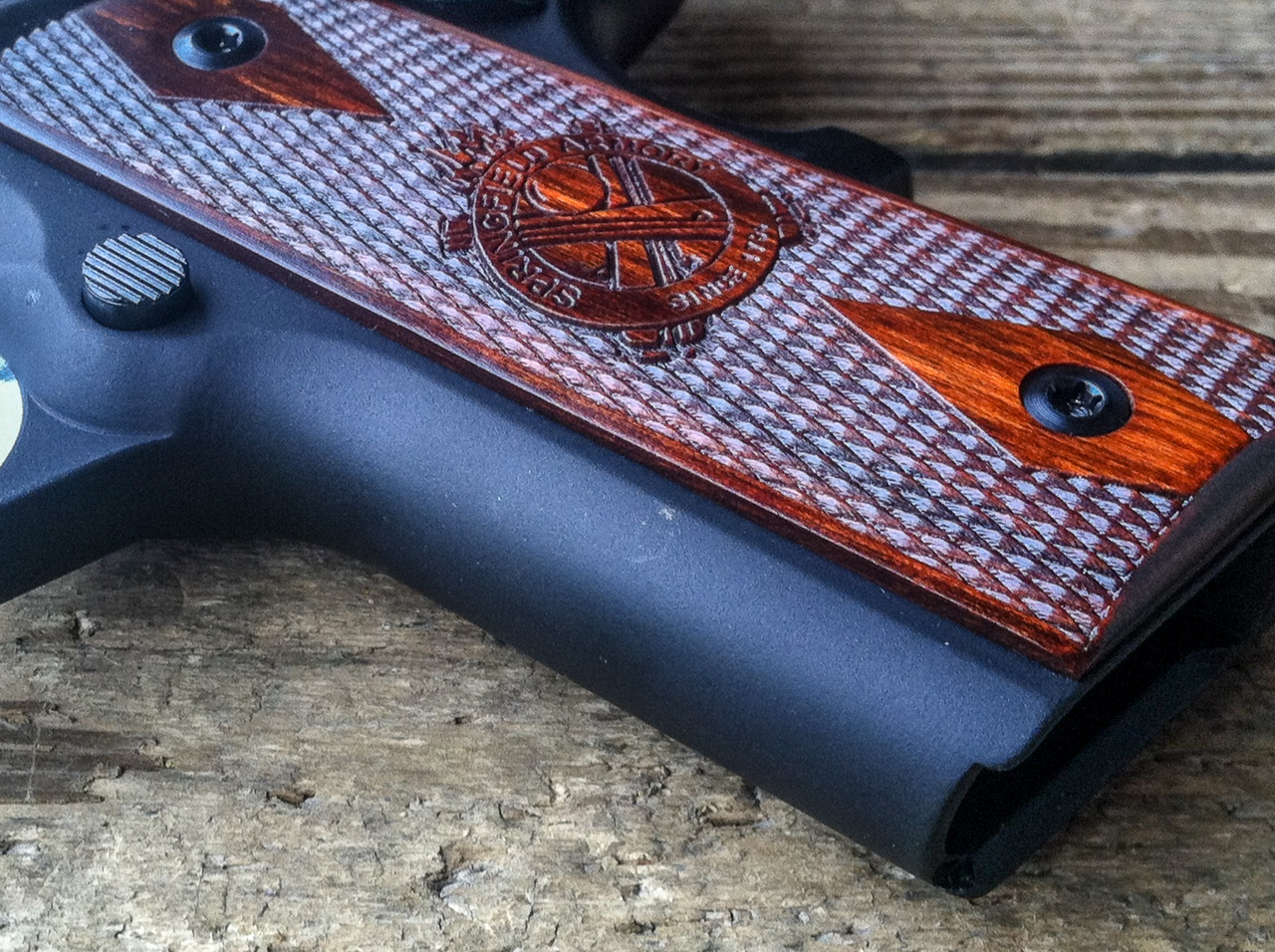 You’ve got to love the Cocobolo grips.

It’s a single-action pistol with an ambidextrous frame safety just like its larger second-cousin twice removed. The pistol ships with three 9-round single-stack magazines in the 9mm version, so you get a total carry capacity of 10 rounds plus 18 more in the mags if you tote both spares. The three-inch barrel shoots like a champ, and that’s made easier by the absolutely gorgeous trigger. It’s got other expect 1911 features like a grip safety with memory bump and a generous beavertail. The grip safety positively unlocks with a half-decent grab, and you won’t get bitten by the hammer. 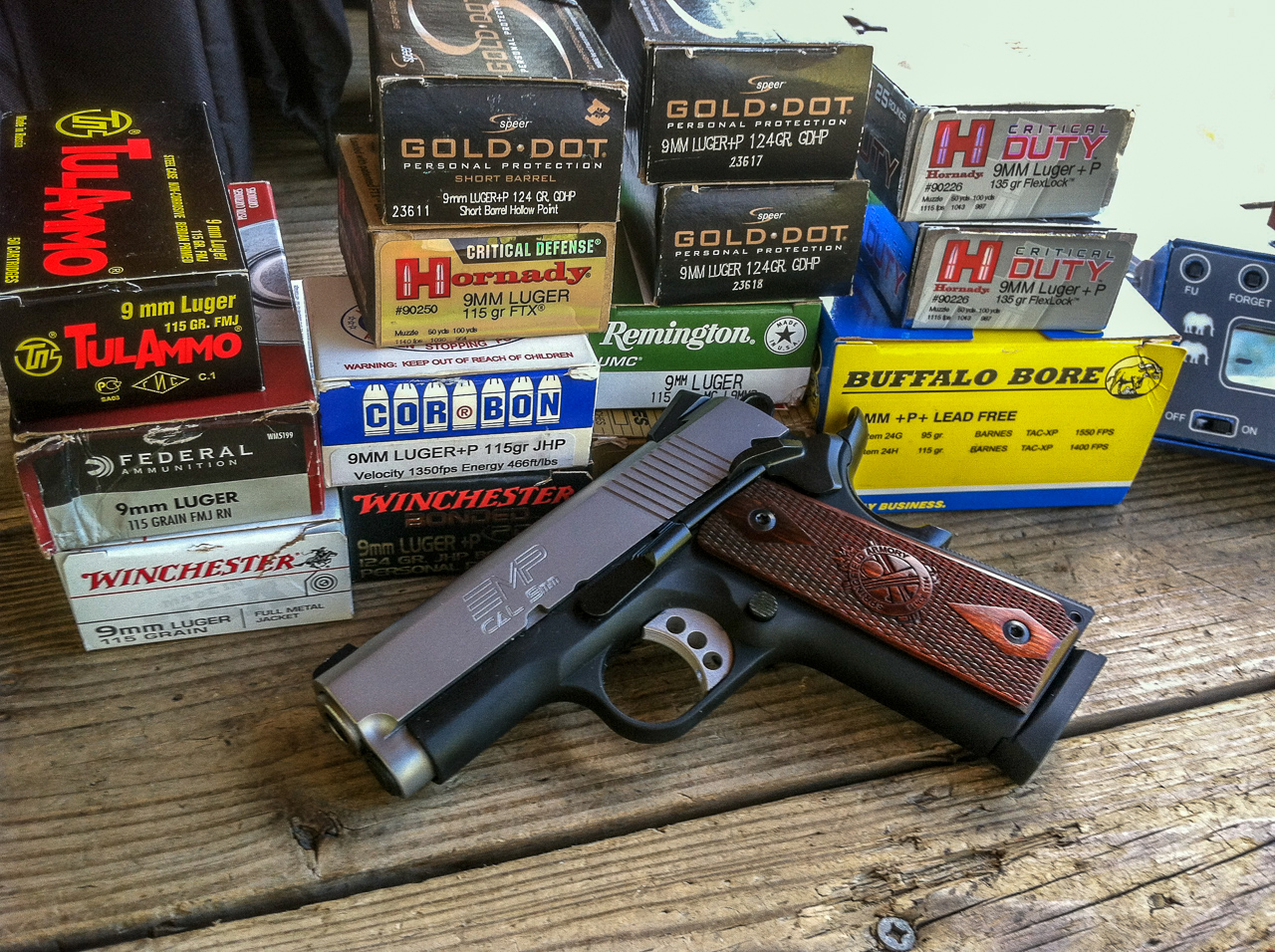 Over the past couple of years, I’ve shot the heck out of this pistol with a wide variety of 9mm ammo. It just runs. Well.

As for carrying, it’s only five inches tall, so the grip conceals easily. Like one would expect from a 1911, it’s also slender, even with the attractive and functional Cocobolo grips. The EMP weighs in at 27 ounces empty, so it’s got enough heft to make 9mm recoil a non-issue.

I’d like to tell you about how frequently I carry it these days, but I can’t. That’s because my wife stole it. I guess she had a favorable opinion on this one as well. Anyway, if you want to add some pure, unadulterated quality to your collection, check the EMP out. I still prefer the original with its three-inch barrel, but the newer models with a four-inch barrel aren’t too shabby either.