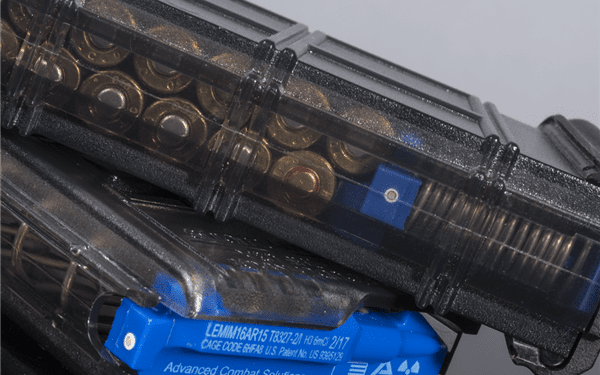 Elite Tactical Systems, aka ETS, makes translucent polymer magazines—most notably Glock magazines. The company also makes a line of AR-15 magazines with molded-in couplers. Well recently ETS has collaborated with Advanced Combat Solutions to offer blue AR-15 mag followers with a tritium insert at the back to be used in their transparent AR-15 magazines.

Why tritium in mag followers?

Tritium is a low-grade radioactive material most commonly used in night sights for handguns. Unlike glow in the dark (GITD) material, tritium does not require any light to charge up. It has a low glow that can be seen in the dark. 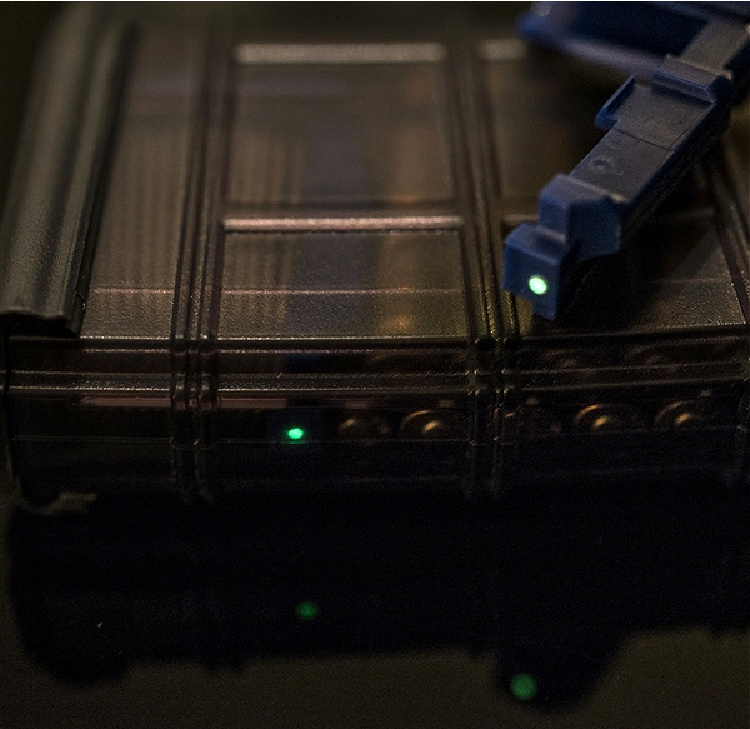 This could be used to see how many rounds are in the mag if you are looking for it in the dark. However, once the follower has retreated into the magazine well you know that mag is almost out. I am not sure how helpful this will be since the tritium has such a low level of luminescence.

I could see this helping if you use an AR-15 for home defense and you need to find a spare magazine in the dark. But once you use a light or turn the lights on, the tritium becomes useless.

I am concerned that with repeated use of the magazine and this follower, carbon will seep into the magazine body just from shooting it. This could obscure and reduce the visibility of the tritium insert.

No word yet if ETS and ACS will take this design and apply it to ETS Glock magazines.

Rather than be used as a low light round counter, I think it would be better suited as simply an identification and location aid. I keep my FNX45 Tactical by my bedside and I like the tritium night sights so I can see where it is in the dark. The same would apply if ETS offered these followers for their Glock mags. You could have your nightstand gun and mag with tritium and easily see them and locate them in the dark.

Right now these mag followers are available on the ETS website for $14.99. Hopefully, they will be sold through Gun Mag Warehouse.

In the meantime, you can stock up on ETS AR mags. We have singles and ones with couplers built into the mag body so you can double your capacity. We’ve also got the ETS color-coded Rapid Recognition System Follower and Base Plate Kit in a five-pack.