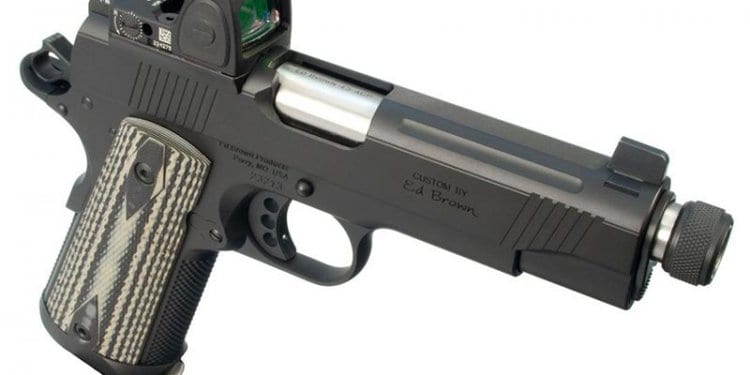 Love them or hate them, you have to admit that the 1911 style pistol has probably never been as popular as it is right now. There are dozens of companies that make 1911 type handguns, which serve nearly all shooters no matter the price point.

At the higher end of the quality – and price – spectrum is the guns from Ed Brown Products. These pistols tend to be highly regarded by many enthusiasts, and the company’s latest introduction is likely to command a similar level of respect.

Recently announced, the new Special Forces SRC pistol is a Commander sized 1911 that is designed to be used with some of the latest shooting hardware. However, it is not so modern a design as to be lost in the sea of plastic pistols that have flooded the market. The Special Forces SRC may be ready to kick butt, yet it still retains much of its old world flavor.

Following the slow trend of adding red dot optics to pistols, Ed Brown Products designed the Special Forces SRC with a Trijicon RMR sight standard. The RMR, or Ruggedized Miniature Reflex, sight is a tough little optic that I’ve had a chance to do some shooting with. I’ve found it to be extremely durable and offers a bright red aiming dot suitable for engaging targets at all reasonable pistol ranges. A 3.25 MOA dot is the standard aiming point in this optic. 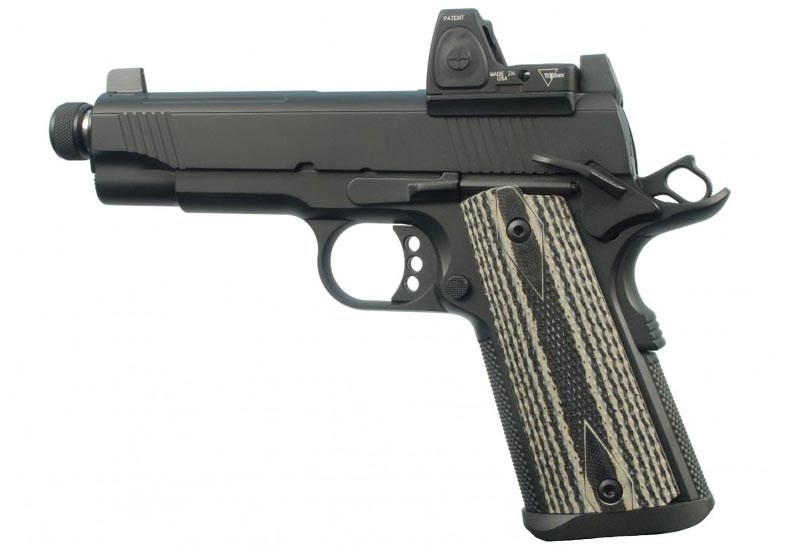 Of course, any optic can fail. So, Trijicon night sights are also installed on this pistol as a backup aiming system. The sights are much taller than normal as the gun is intended to be used with a sound suppressor. The 4.25” barrel is threaded and should take any number of cans that are being made today.

These guns use single stack 1911 magazines and are chambered for either the 9mm or .45 ACP according to your needs. The guns ship with one magazine, and I recommend buying several more to ensure more time shooting when at the range. With an unloaded magazine (but no sound suppressor,) the guns weigh about 38 ounces.

Ed Brown Products offers these guns with a wide range of options available. As pictured in this article, the gun has a variety of customizations including slide flutes and a French border. Without the suppressor, the gun has a price of $4,425 in .45 ACP.