Behind Enemy Lines: The DSI Featureless DS-10 in 6.5 Creedmoor

For citizens living in states with extremely restrictive laws on the ownership of common firearms, it can be difficult to purchase standard semi-automatic rifles. Fortunately, there are companies that design products for these citizens.

Dark Storm Industries (DSI) is a company that isn’t afraid to develop firearms for customers in highly regulated states. In addition to its normal line of rifles, the company manufactures a number of highly modified guns that are designed to meet the legal requirements of the more autocratic states. One of the newest firearms is the Featureless DS-10 Typhoon chambered for the 6.5 Creedmoor cartridge.

Introduced about 10 years ago, the 6.5 Creedmoor is a rifle cartridge that is well respected by many in the long-range target shooting and hunting communities. Although it is chambered in many bolt-action rifles, it is also popular in semi-automatic rifles such as the AR-10. The Featureless DS-10 Typhoon is largely based on the AR-10 platform. 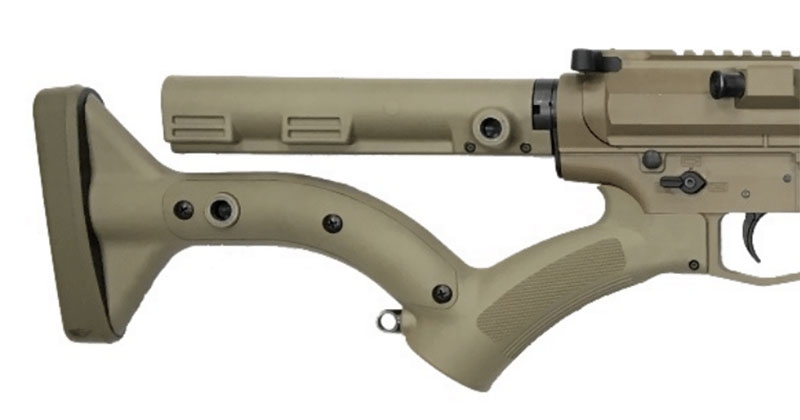 When designing this rifle, DSI wanted a gun that would be legal in all 50 states. Since states have widely varying laws and California has enacted a plethora of rapidly evolving weapon statutes, I am not in a position to determine if this gun is legal in any particular jurisdiction. That is up to you to determine. However, it is sufficiently “featureless” that I would guess it to be lawful in most (if not all) states.

The gun is built on an upper and lower made of billet 7075-T6 aluminum. The lower is specifically machined to work with the Thordsen FRS-15 rifle stock. This means the gun does not need any kind of spacer or adaptor to pair the two.

For a barrel, DSI selected an 18” nitrited barrel with a 1:8” twist and no threading for a common muzzle device. DSI uses a mid-length gas system with a low-profile block. 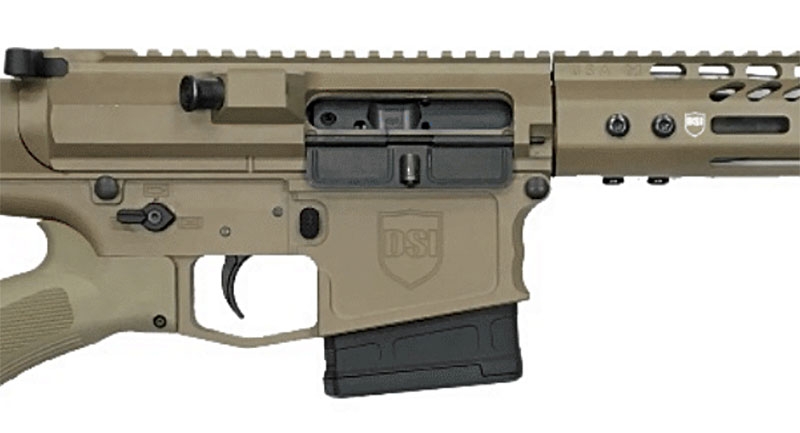 Additional features of the gun include an ambidextrous safety selector, an extended latch charging handle, a handguard with M-LOK attachment points and a nitride bolt carrier group. A 10-round Magpul PMAG magazine is also included with the gun.

DSI offers these rifles in three color choices: black, olive drab green and flat dark earth. The black and olive drab guns have a MSRP of $1,495. The dark earth gun goes for $50 more.

I’ve shot a pair of DSI guns in the past. One gun I reviewed a 9mm AR that ran on Glock magazines called the DS-9. It ran very well, and I liked the overall finish and feel of the gun a lot. While I am no fan of the featureless gun, I recognize that shooters in some jurisdictions do not have the same options in guns that I do. For that, I am grateful that DSI supports those shooters with solid shooting options.