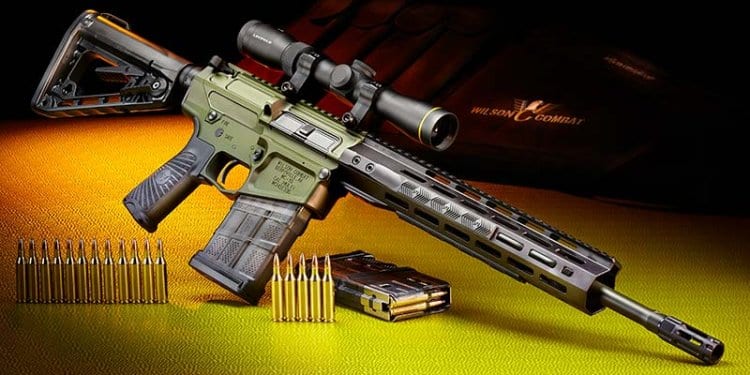 Wilson Combat announced a new premium AR rifle line called the Ranger. The Wilson Combat Ranger rifles will come in two basic models and offer all of the accuracy and build quality with which the company is frequently associated.

I can already hear many readers beginning to groan that the world doesn’t need another AR-15. While I can understand that perspective, I much prefer the expansion of the incredibly versatile platform. With more options on the market, shooters have a broader range of choices from which they can find the gun that is perfect for their needs and desires.

Consider this: almost no one “needs” a sports car or SUV. Most of us could get by in life with a small four door sedan. However, the breadth of choices in the automotive industries allows us to get the vehicle that checks all of our individual boxes for style, quality, comfort and performance.

Higher end rifles like these from Wilson Combat aren’t going to be for everyone, but they are being built for someone. Take a look at what these new guns offer, and that someone might just be you.

The base Ranger is a semi-automatic rifle that follows the basic AR pattern. Wilson Combat starts the build with its lightweight billet aluminum receiver set. To this, the company adds a Ranger profile barrel.

The Wilson Combat Ranger barrel is heavily tapered to reduce weight to a minimum. Lower barrel weight can mean the gun is easier to carry for long periods of time and make the gun faster when transitioning between targets.

Of course, Wilson Combat is careful to maintain the integrity of the barrel design. It is a match grade barrel – in fact, the company claims it is the lightest barrel available that maintains match grade accuracy “as the rifle heats up from rapid-fire shooting.”

Like the standard AR-15, the Ranger is a gas impingement system. It uses an adjustable gas block from SLR Rifleworks. A 10″ handguard covers the block and barrel. Made by Wilson Combat, the handguard has M-LOK attachment points and comes with Ergo Grips rail covers.

Wilson Combat doesn’t state how many magazines ship with each gun, but I suspect you only get one. One mag is not enough for any semi-automatic firearm. I strongly suggest you look at picking up some additional Magpul PMAGs or Lancer L5 Advanced Warfighter magazines. Both of these magazines have proven themselves to be reliable in my years of shooting. 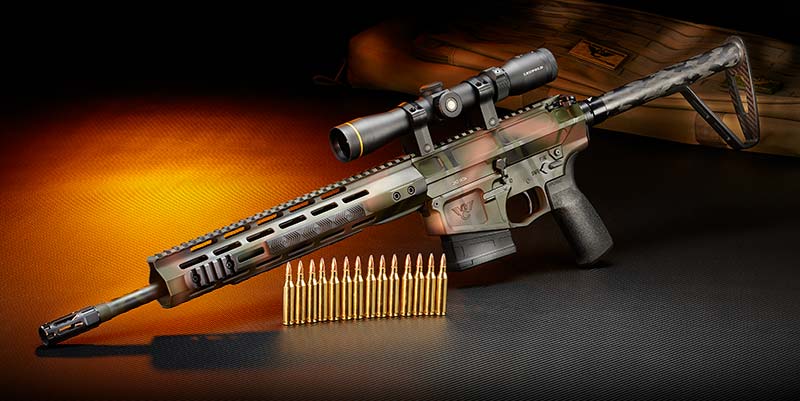 As the name Ultralight Ranger suggests, these guns are lighter than their siblings described above. However, they manage to shave a little bit of weight off. For the AR-10 based guns, this works out to be about a 0.5 pound savings.

The Ultralight Ranger uses a carbon fiber buttstock instead of the standard, and heavier, Rogers Super-Stoc that is used on many of the Wilson Combat rifles including the base Ranger. Also, this gun has a Mission First Tactical pistol grip instead of the BCM Gunfighter Grip.

Other features are maintained on the Ultralight Ranger like the click adjustable gas block, 10″ M-LOK handguard and 4 pound Wilson Combat Tactical Trigger Unit. These guns start at $2,450 for the 5.56 NATO and $3,195 for the AR-10 based rifles.