In Defense of Wonder Nines 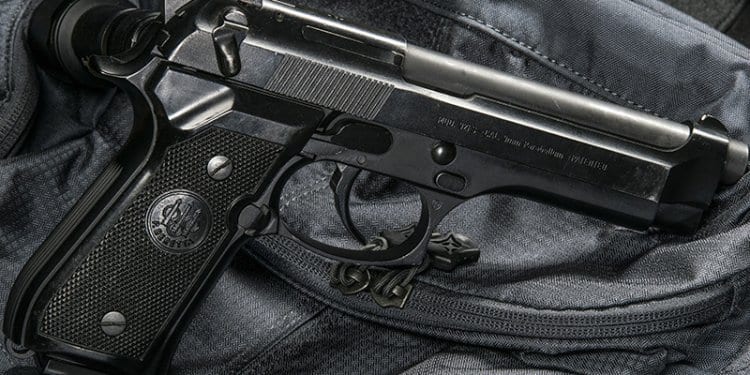 I have a deep, dark secret love in the world of guns: Wonder nines – the original fighting pistol.

If you’re not familiar, the term, ‘Wonder Nine’ came out of the 1980’s by gun writer, Robert Shimek. It basically describes any staggered-column, 9mm semiautomatic handgun. Though the term has evolved to describe the original Wonder Nines – the metal-framed versions of these guns. It’s these more antiquated ones that I’m smitten with.

The combination of steel frames, capacious magazines and light-recoil of the 9mm cartridge make for some of the softest-shooting, easiest-handling pistols of all time. But, like everything in life, you can’t squeeze blood from a stone, and you can’t get something for nothing. These pistols are great, but have a few drawbacks.

For starters, they tend to lack accessory rails, limiting their modularity and adaptivity. Now, some of these guns have modern iterations that incorporate features like railed dust covers, or dovetailed sights for better modularity, but their original versions did not. Thankfully, most of the new versions still utilize the same magazines.

So, finding spare mags is easy, and generally, they’re more affordable than new production OEM mags for newer designs. This is double true, if the gun was ever used in military service, as surplus mags tend to be even more affordable.

Because of this, I find that these pistols are almost ideal for shooters in ‘ban-states’ and elsewhere. For ban-staters, if your state allows for grandfathered standard-capacity magazines, you should be able to find some for your pistol. After all, these guns predate legislature restricting magazine capacities.

Another downside of these robust blasters, is their weight. Because these original pistols don’t incorporate much or any plastic in their construction, they tend to be twice as heavy as modern polymer-framed guns.

This extra heft is great for resisting the recoil impulse, and making the guns more pleasant to shoot, but makes them very tiring to carry.  Shooters looking for a perfect concealed carry gun ought to look elsewhere, unless they intend to carry in a shoulder holster (not recommended). But, as a bedside gun or range plinker, these guns are unmatched.

The last major reason I love them so much, is because they’re all fairly unique, at least in terms of aesthetics. Sure, every major pistol design of the last 80 years is a variant or derived from one of Browning’s designs. But modern, polymer-framed handguns all look fairly similar. There are some exceptions, but pistols like the Beretta Model 92, are much more distinct in appearance than say a Glock or an XD.

This doesn’t make either of those polymer pistols any less effective, but I enjoy the looks of a classic pistol. Maybe it’s because of growing up watching action flicks of the 70’s and 80’s, but something about the way the look and the weight and feel of the guns just seems right. Much like an M1 Garand feel perfect in your hands, even if objectively, it’s no match for modern rifles in combat. Still, if you’re looking for the next addition to your collection, and you feel burnt out on modern poly-framed guns, why not give the ol’ Wonder Nines a spin? They might just surprise you.