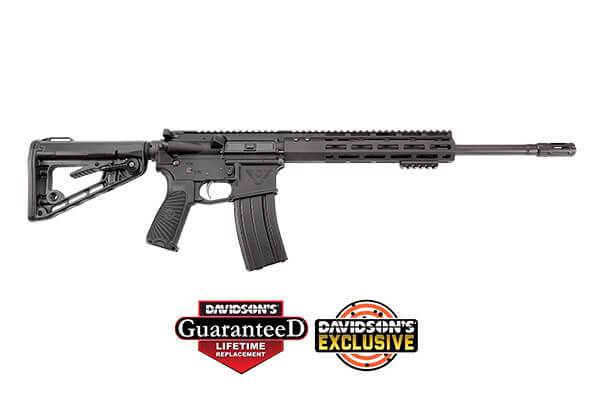 Forged upper and lower receivers, the PPE Carbine is based on the WC-15 platform. It’s also chambered in a 5.56 NATO, with a 10.4″ M-Lok rail, and has a Wilson Rogers Super Stock.

“Our relationship with Wilson Combat continues to grow with this latest of several Davidson’s Exclusives produced in conjunction with them.”

Attached to your muzzle is a compensator—the Q-Comp muzzle device.

“The level of quality and attention to detail is just one of the things that sets Bill Wilson’s products apart from the competition. The PPE carbine reflects Wilson Combat’s continued tradition of manufacturing top-tier firearms.”

For more information, check out galleryofguns.com. And since the holidays are almost here, go check out some other cool toys, like pistol caliber carbines, SBRs, and the sort. Just remember to get your extra mags at GunMag Warehouse! Your spouse can’t get mad you bought another gun if “it’s for them.”