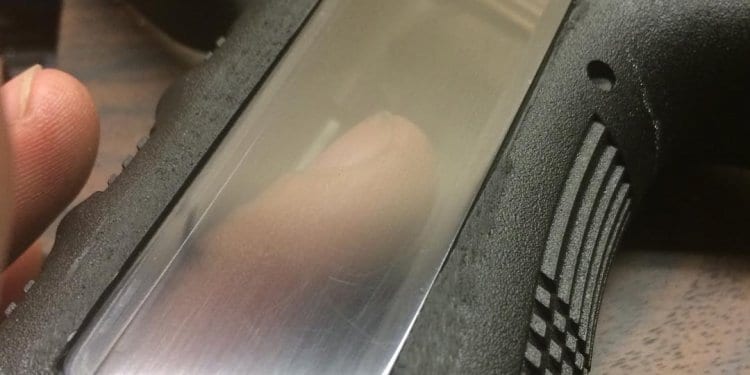 Anibal Salinas of @Weapons_armament_research customized his Glock so he can see how much ammo is left in the gun. He uses an ETS Glock magazine which have transparent mag bodies. He cut a hole into the grip and epoxied clear windows into the grip. He says it is as strong as the factory grip as far as he can tell. Live fire testing still needs to be done but it looks great.

Seeing into the gun and knowing how much ammo is in it can be a huge benefit. It is like a fuel gauge in your car. A fuel gauge means you don’t have to pull over and look in your gas tank to see how much fuel you have. This modification prevents a similar problem that gun users often face. Shooters will count their shots and in some instances have an idea they are low and swap out their mag for a fresh one. Here you know exactly how many rounds you have left in your gun!