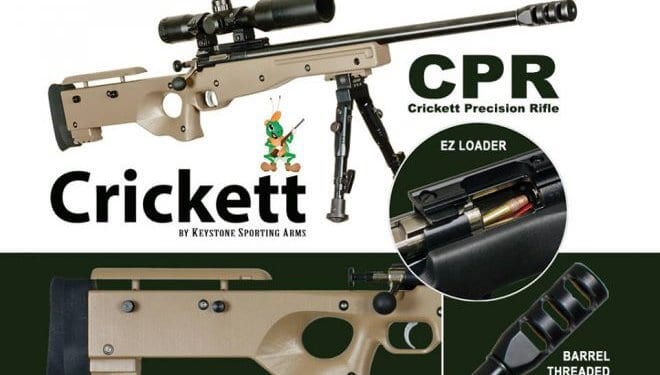 The Crickett and Savage Rascal are some of the most popular single shot .22lr rifles for teaching kids. They have a short length of pull so kids can comfortably shoot them. They are single shot so there is less chance of negligent discharges and kids can safely learn the prinicples of firearm handling and shooting.

Well Keystone Sporting Arms has decided to modernize their popular rifle and make it look like a sniper rifle.

According to Keystone, the Crickett Precision Rifle is the perfect scaled-down version of popular PRS designs. This single-shot 22LR will definitely make shooting fun again, one shot at a time.

The chassis design is inspired by Accuracy International’s Chassis. The Crickett Precision Rifle is built from a bull barreled Crickett. The barrel is threaded for muzzle devices but actually it is for suppressors. You don’t really need a muzzle device on a single shot .22lr. The stock will have an adjustable cheek rest and length of pull. The stock also has a small Picatinny rail for a bipod.

The rifle will retail for $309.99 and will be available January 2017. Below is a photo of the CPR next to a Ruger Precision Rifle for comparison. 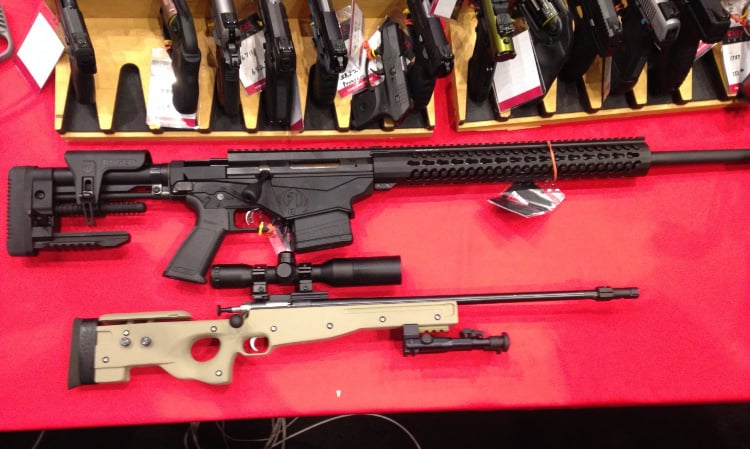