World War Two might be the reason I joined the Marine Corps. That sounds odd, but History Channel documentaries captured me and made me feel a need to serve my country. They also prepped me for a love of firearms. Any gun nerd worth his weight can tell you about the M1 Garand, the Thompson, the Lee-Enfields, and KAR-98s. Those are great guns, but today we are looking at the special weapons of World War Two.

World War Two birthed special operations as we know them today. This war moved fast, and the various weapons, tactics, and strategies changed forever. A big part of that changing strategy was the need for small groups of highly trained operatives who work almost autonomously behind enemy lines, selectively target resources, work with partisans, and more. 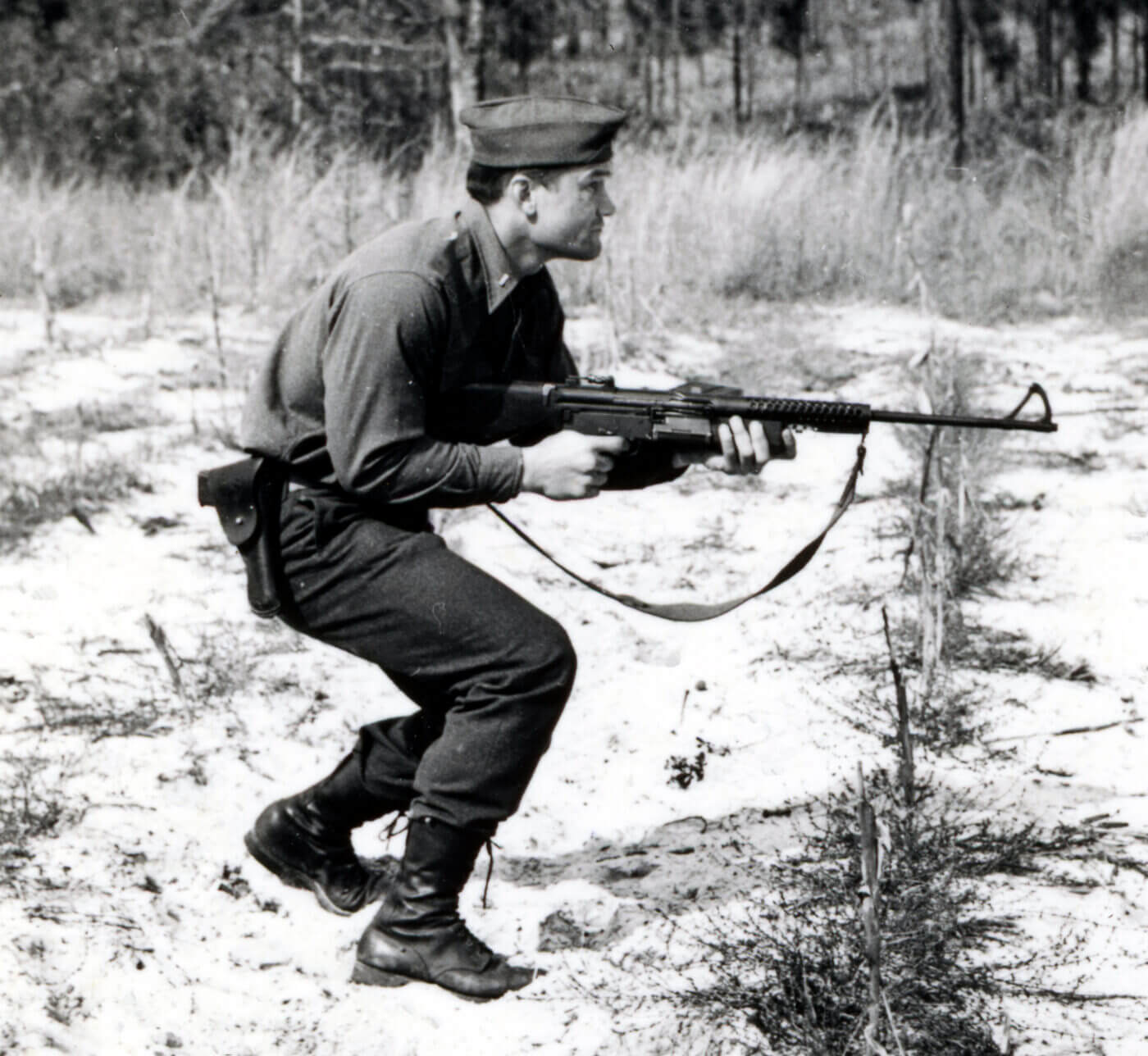 The mix of special ops and spy birthed during WW2 created some interesting weapons. Sure, plenty of these guys used the standard weapons of the time, but several special weapons were developed to fulfill particular needs. These special weapons fulfilled the unique needs of the brave men who pioneered special operations as we know them.

Into the Special Weapons

What happens when you combine a Lee Enfield receiver with a Thompson Barrel, a suppressor, and a 1911 magazine? Well, you get the De Lisle carbine. Designed by a British Civil Servant named William Godfray de Lisle for commando operations, specifically in use by a British group called the Combined Operations. These guys harassed the Germans with light raids and generally caused them trouble.

The De Lisle carbine was built from the ground up to be very quiet. A bolt action design meant there was no tell-tale sound of the bolt slamming back and forth.

A standard 230 grain round of 45 ACP was naturally subsonic. The rifle used an integrally suppressed design and was short and light. Perfect for taking 50-yard shots in a very quiet manner.

Only a few of these special weapons were made, but they were passed out to troops in the Combined Operations unit. They pulled recon and destruction raids into France and harassed the Germans endlessly. The carbines made their way out East, and in Burma, they harassed Japanese troops, and even famed suppressor designer, mercenary, and spy Mitch WerBell were impressed by these guns.

Melvin Johnson Jr created the Johnson M1941 light machine gun as part of his Johnson rifle series. The M1941 Johnson is a recoil-operated .30-06, magazine-fed machine gun used by the Marine Raiders and First Special Service Force in World War Two. These special weapons proved to be a bit more mobile and useful than the BAR.

The magazine loaded into the side of the weapon, allowing the gun to sit lower in the prone.

An attached bipod made it easy to control, and the Johnson had an adjustable firing rate from 200 to 600 rounds per minute. The Johnson weighed six pounds less than the BAR and was five inches shorter.

The Johnson M1941 LMG used an inline weapon design putting everything in line with the stock. This increased control and reduced felt recoil. This same inline design was used with the AR 15, and it’s no surprise Johnson worked for Armalite after the War.

When you need to very quietly assassinate someone in an up-close and personal manner, it’s tough to beat the silenced potential of the Welrod pistol. The British SOE developed the Welrod in Station IX. Station IX built all the fancy guns and equipment for special ops forces in Britain. This pistol defined quiet and was certainly one of the popular special weapons for special ops in WW2.

The Welrod came in 32 ACP and 9mm and used an integrally suppressed design. Interestingly enough, the design of the pistol would lower the velocity of supersonic rounds to subsonic.

This eliminated the tell-tale crack of the round. To keep things quiet the pistol was a single-shot design, although it fed from an integral magazine and could be manually cycled for the next shot.

After-war reports show these pistols were accurate up to 30 yards but worked best in contact ranges. These weapons were disbursed to British SOE men, OSS agents, and later resistance forces who could quietly assassinate Nazis worldwide.

The Thompson was a decent submachine gun for the 1920s, but it was pretty expensive and complicated to produce. This led to several experiments, with some being more useful than others. While ultimately the M3 SMG became the Thompson replacement, the United Defense M42 left its mark in use by the Jedburgh teams inserted behind enemy lines and the OSS.

The United Defense M42 is a 9mm SMG designed by Carl Swebilius of High Standard manufacturing before being passed to United Defense and later being produced by Marlin.

This open bolt, selective fire SMG used a direct blowback system and a rather conventional stock paired with a forward vertical grip.

The magazines held 25 rounds, and two magazines would be welded together to permit a quick and easy reload. Since the gun was chambered in 9mm, it was easy to control and had an excellent reputation for reliability and accuracy. For Jedburgh and OSS teams, the use of 9mm made sense since that was the choice of most European countries.

Last is a special-weapons take on the Sten series of SMGs. The Sten guns were superbly cheap firearms designed for British use during WW2. Their low price and ease of manufacturing ensured they’d be produced in massive numbers. The British SOE designed and developed an integrally suppressed model known as the Sten MK II S. Oddly, the S does not stand for suppressed but for Special Purpose.

The Sten MK II S used an integrally suppressed design, and much like the Welrod, this design would slow the projectile to sub-sonic velocities for increased sound suppression.

Sten guns used a direct blowback design. To keep reliability high, the Brits lightened the boils and decreased the power of the return spring.

These guns were issued to numerous British commando forces, recon units, and scouts. The Sten Mk II S integral suppressors would wear out quickly when exposed to sustained automatic fire. Even so, these guns proved to be so silent and effective that the SS even acquired models and called them the MP 751.

Stand Your Ground: What Does it Really Mean?

The Ranch Rifle — What and Why