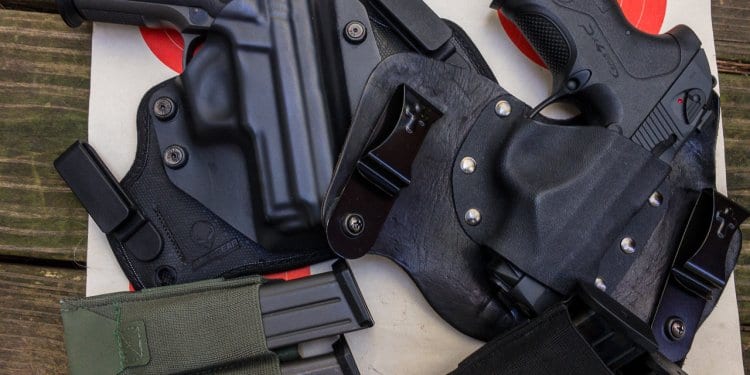 My biggest carry problem of 2018 may or may not be indecision. I’m not sure…

I’ve been waffling between two regular carry rig combinations of pistol, holster, and magazine carrier. While the guns and holsters are different, I’ve at least been consistent on the magazine part. That’s been a Blue Force Gear Double Magazine Pouch. I’ve mentioned these before, but I can’t recommend them highly enough. They do a stellar job of holding virtually any size and caliber of magazine in a true minimalist fashion. Single-stack, double-stack, whatever. They just work. The best part is that the magic stretchy stuff from which they’re made won’t take a set so that you can use the same carrier for different magazine types on different days. 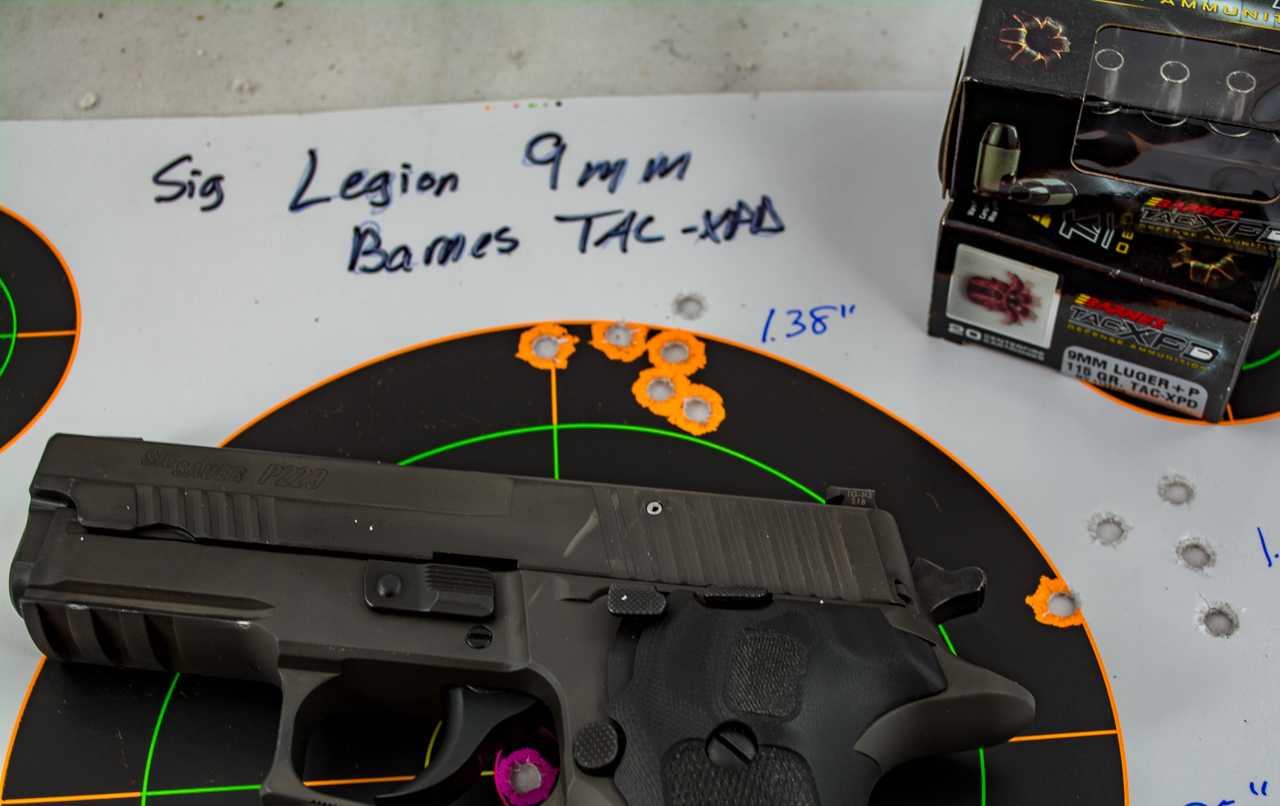 Carry package one is centered around a Sig Sauer P229 Legion 9mm pistol. With its upgraded trigger system from Gray Guns, it’s a dream to shoot. Stunningly accurate and easy to control, I also like the pure double-action / single-action mode for carry with no manual safety – just a decocker lever. I did add the new XS F8 sights as they’ve quickly become my new favorite. 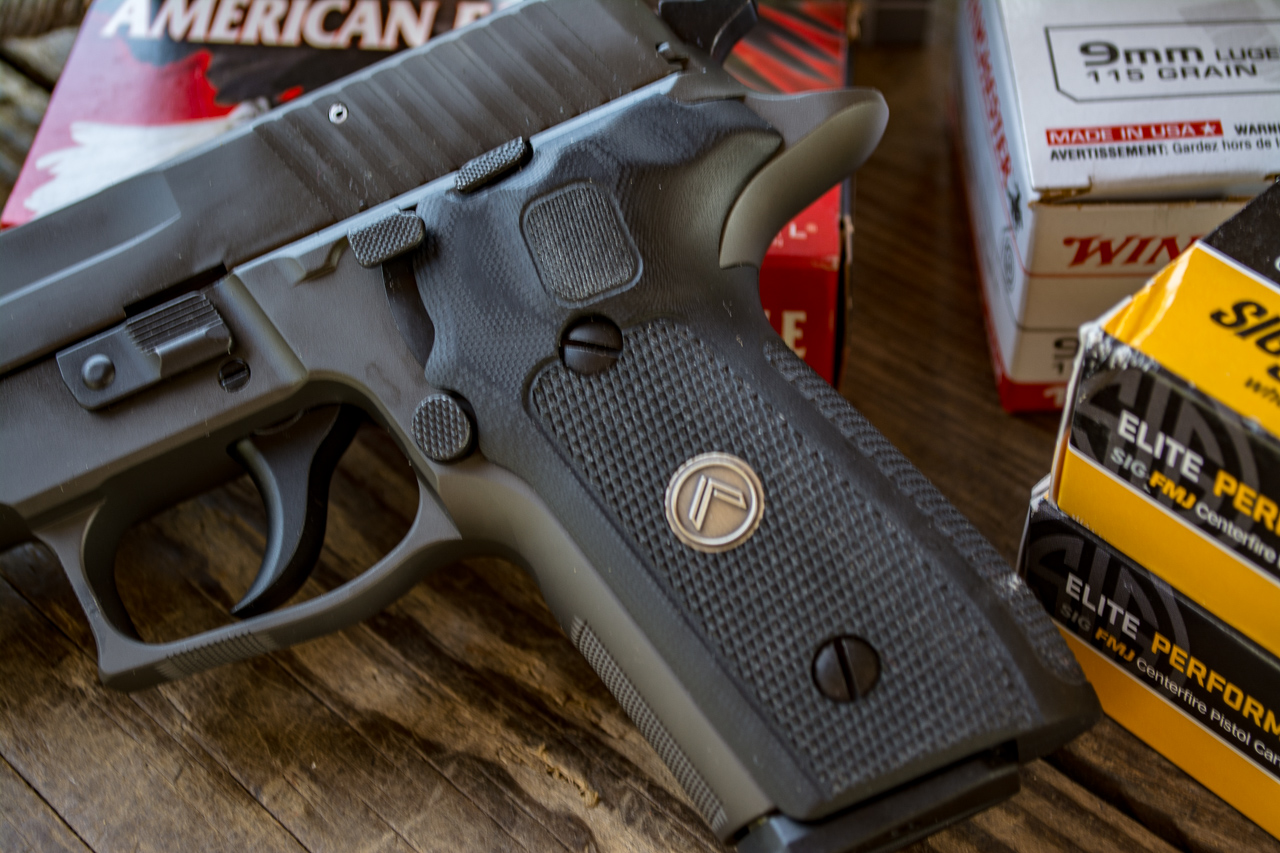 The Sig has a taller group. That’s a bit more to conceal but it’s quicker to draw.

For the holster, I’ve been using an Alien Gear Cloak Tuck. It’s a hybrid holster with a large “alien skin” backing and a Kydex holster shell. It’s thin, which is nice, but the real value is the consistency of draw. Hot, cold, humid, or not, this holster is not sticky and offers a secure hold with a slick draw every time. I also like the clips. The company now uses a rotating lock design rather than screws to fasten the clips to the holster. They rotate freely but there are no screws to loosen.

I carry the two 15-round steel magazines in an olive drab Blue Force Gear Dual Magazine Pouch, so I can see at a glance that I have the magazines for the right gun. 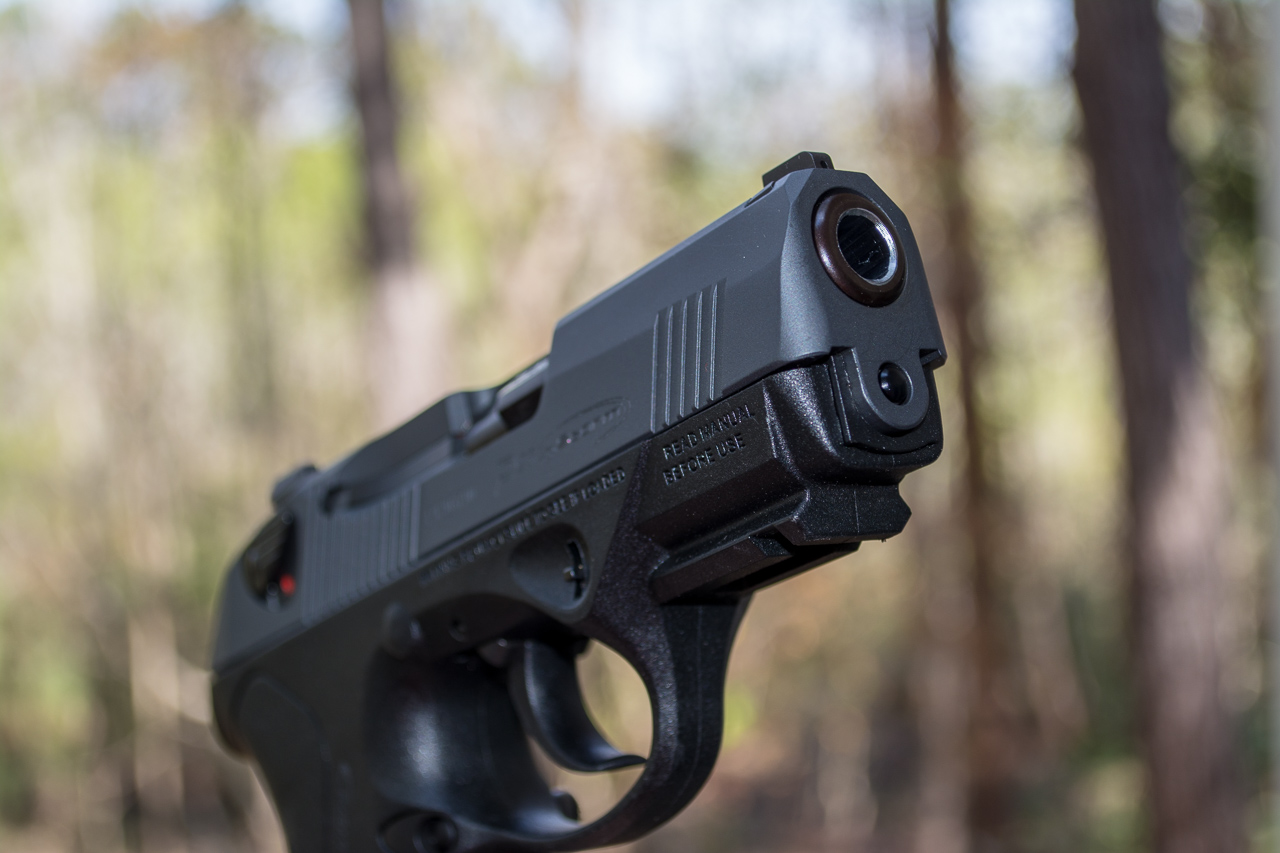 Gotta love the space-age appearance and ergonomics of the Beretta PX4 Compact Carry.

Carry package two is built for the Beretta PX4 Compact Carry Pistol. Also a true double-action / single-action decocker only model with 15-round steel magazines, this one is a dream to shoot. Its contemporary design makes it smooth and comfortable to hold, and the grip angle points naturally for me, just like the Sig P229 Legion. I don’t know exactly why, but this pistol is exceptionally easy to shoot with extreme accuracy. Some are easy, and some aren’t. As to why that is, who knows? 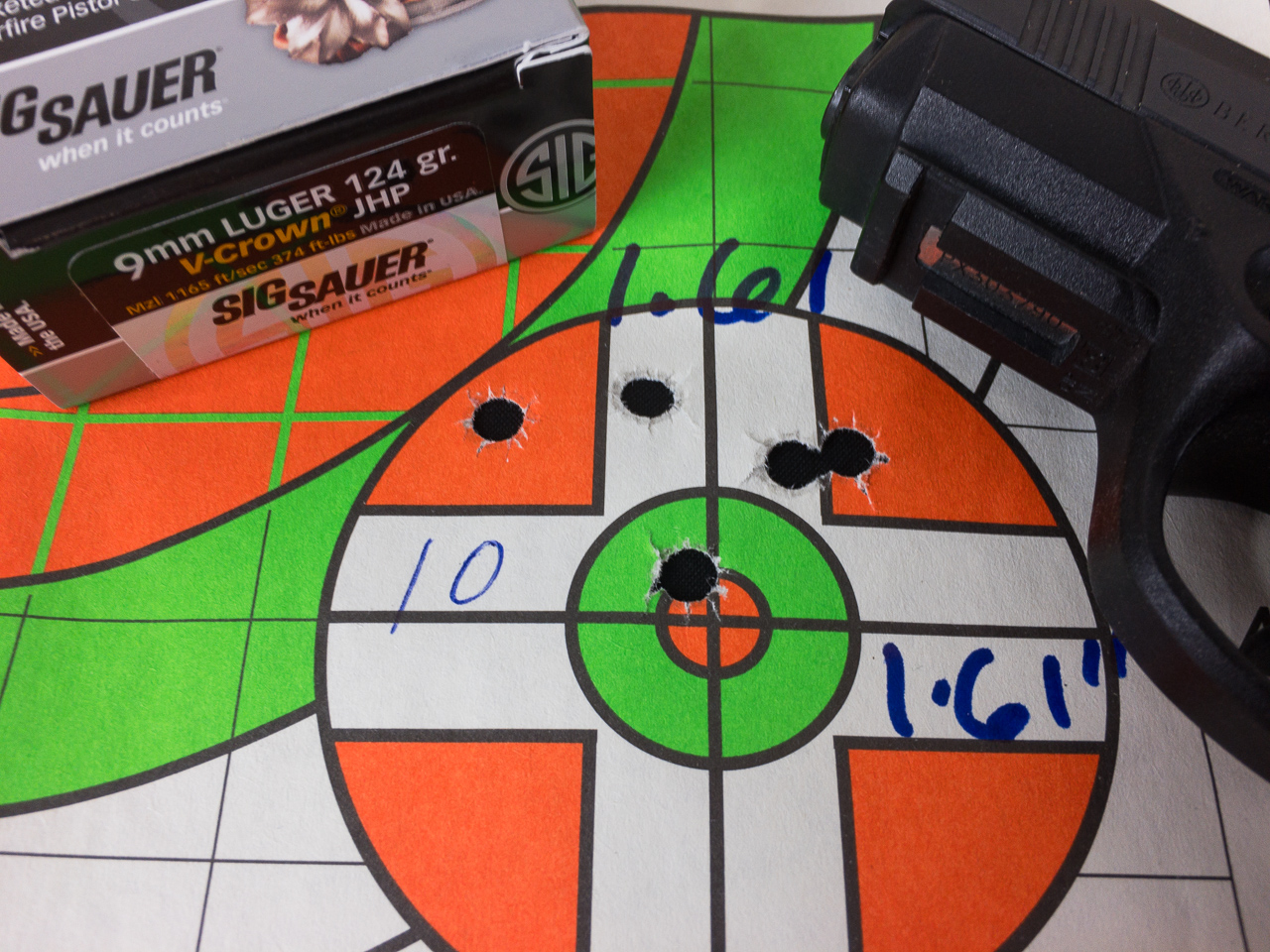 The Beretta PX4 Compact Carry has superb accuracy too as shown by this 25-yard group.

I carry the Beretta PX4 Compact Carry in a cut-up CrossBreed Supertuck Deluxe holster. As the magazine release button is large, certain holster types can exert pressure to the point of release. So, to solve the problem, I just applied scissors to leather. The aggressive combat cut of the SuperTuck allows a snag-free initial grasp of the pistol grip – just like the Alien Gear.

The only real difference between these two double-action carry packages is the height of the pistols. The Sig is 5.4 inches tall while the Beretta measures just five even. Doesn’t sound like much but it makes a big difference in ease of concealment. Of the flip side, I’ve found I can draw a touch faster with the Sig – because the longer grip makes the initial grab more positive.

At least I’ve been consistent with choosing my preferred action type – double-single. Then again, toting around a Springfield Armory 1911 TRP is tempting too…