No light, but still need a red dot holster, no problem! Comp-Tac has officially released a new version of its Blue Duty Holster for guns without light attachments, the Blue Duty – No Light.

Yes, we know what some of you are thinking, “aren’t there enough holsters out there that fit guns without light attachments?” Yes, but what makes this particular holster one of a kind is the fact that it’s a duty holster, and most duty weapons have lights attached to them. 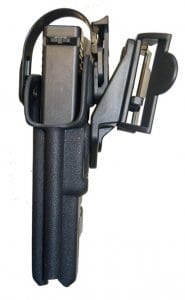 However, if you work for a department that hasn’t purchased lights for their officers’ duty weapons, but they have purchased red dot attachments, then you might find yourself at a loss looking for a solid duty holster for that particular weapon.

This is why Comp-Tac says their Blue Duty Holster Series — No Light is their answer to customers who want to carry with a red-dot optic. That and it’s also a level-two retention holster. So, no light but still capable of having a red-dot optic.

“The Blue Duty Holster Series, complete with level-two retention, has had major growth since its release in January.”

Comp-Tac tells us the new addition to the Blue Duty Holster Series includes several of the same key features as the rest of the series. This includes tension via a retention screw and up to 16 different mounting configurations. There’s also a three-piece International Mount Kit, and level-two retention with the spring-loaded, thumb-activated bale. 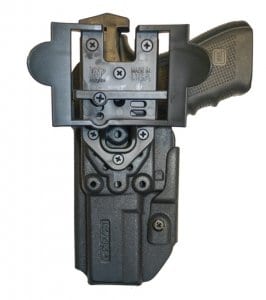 Of course, this holster is intended for police officers and anyone who needs or wants a level-two retention holster. Which might be why they sought direct input from the LE community, including LAPD—so they say. 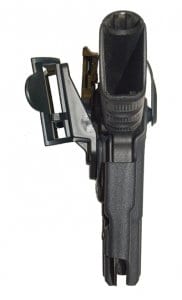 Don’t worry, Blue Duty Holster Series also features other variants for those additional attachments. They even offer an optic-covered version—intended to offer extra protection—and an uncovered version when you need that smaller footprint.

“As more customers come across it, we have gotten a significant number of requests for additional make and model fits, additional lights, as well as a fit that did not need a light attached to the firearm. The Blue Duty – No Light is a great option for customers who are looking for the level-two retention with a red-dot optic and not the added cost of a light/laser that does not fit their purpose. The smaller footprint and modular mounting system give this holster added flexibility for law enforcement, military, or the general public.”