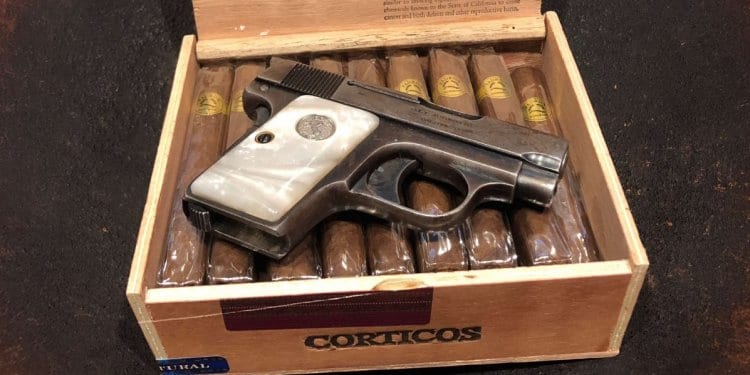 Legend has it that John Moses made the first prototype of the Vest Pocket to carry in his, well, vest pocket for when he walked around on his land in Utah.  He supposedly wanted a tiny pistol for defense against coyotes. True or not, Browning did design a great little pistol that will fit in a vest pocket.

The design was originally submitted to Colt in 1904 but they turned it down (yep, even Browning got turned down).  He then went to FN in Europe and they jumped on it and introduced their version in 1906.  The FN 1906 and the Colt 1908 (when they finally decided to make it) are almost exactly they same.  Browning had an agreement with FN and Browning for the production on his designs.  Simply put: FN made the ones for the European market and Colt them for North and South America. 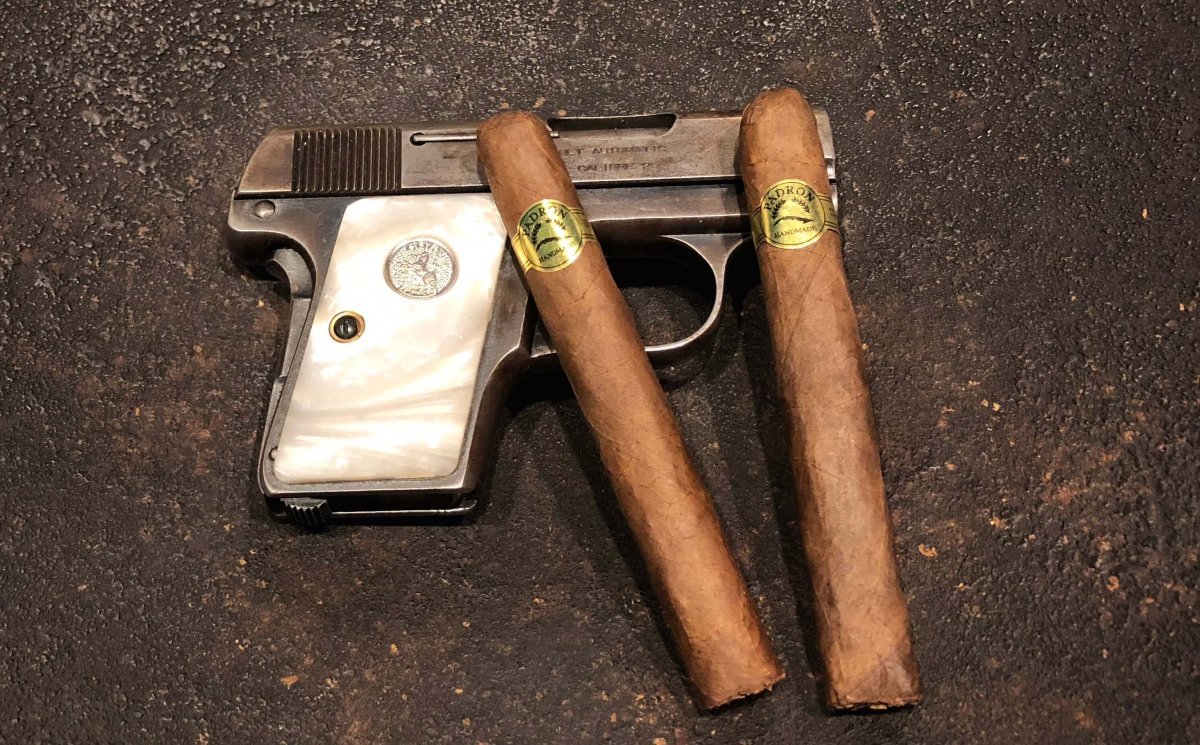 A little Colt and a couple little Padrons.

This is not really a fun pistol to shoot.  The recoil is not an issue; a steel framed pistol in .25 ACP is not exactly a beast.  It is more of a size thing. This gun is tiny and getting a good grip while pressing the grip safety can be a challenge.  I have never had a problem with a grip safety, hell I carry a 1911 more often than not, but this one is a bit clumsy to shoot. I don’t have particularly big hands either.  When I shoot it I have to squeeze the whole pistol to get it to go bang. But bang it does go. And it is tiny, you know, to fit in a vest pocket. 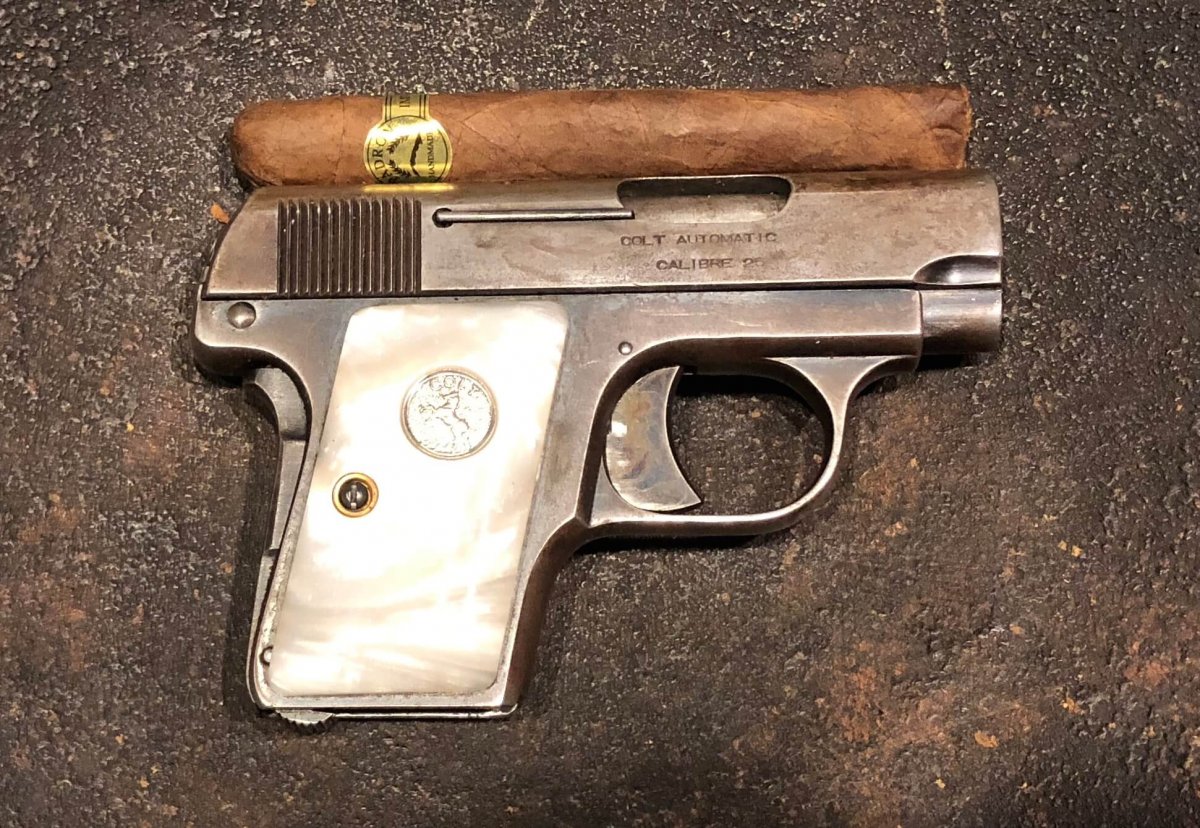 The Cortico is almost as long as the Colt slide.

Speaking of tiny things that can fit in a vest pocket, the Coricos from Padron cigars are just the ticket. These little hand-rolled cigars are packed full of flavor. They actually have more flavor than a 25 ACP has in power. These diminutive cigars are made from the same tobacco that the big boys from Padron are. And this is some of the best Nicaraguan tobacco there is.

Shooting Notes: Small, kind of awkward to shoot, next to no recoil but about as classy as it gets for a pocket gun. Put it in the pocket of your 3 piece suit’s vest and have a night out on the town.

Tasting Notes: Small and great for a quick smoke without sacrificing flavor. Lots of dark, bittersweet chocolate notes with leather and cedar. This one is also good to put in your suit coat pocket for a night out on the town.