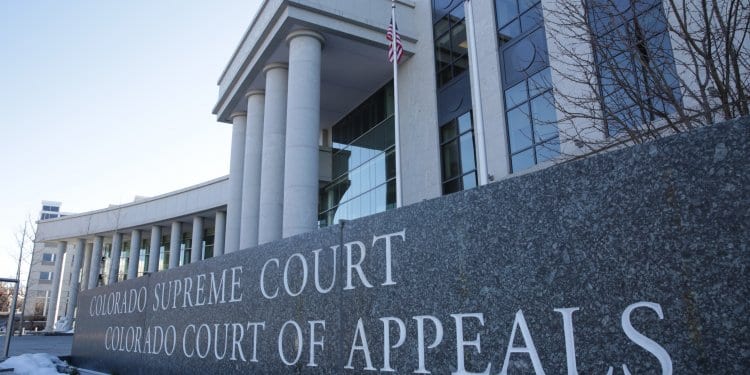 The right of no person to keep and bear arms in defense of his home, person and property, or in aid of the civil power when thereto legally summoned, shall be called in question; but nothing herein contained shall be construed to justify the practice of carrying concealed weapons.

Colorado’s law generally prohibits the sale, transfer, or possession of any “large-capacity magazine”, which is defined to include “[a] fixed or detachable magazine, box, drum, feed strip, or similar device capable of accepting, or that is designed to be readily converted to accept, more than fifteen rounds of ammunition.” C.R.S. § 18-12-301(2)(a)(I).

The lawsuit challenged four issues: 1) whether the court should address and resolve the conflict surrounding the meaning of the “reasonableness” standard of review, 2) whether the court of appeals erred in applying the reasonableness standard after the United States Supreme Court’s decision in McDonald v. City of Chicago, 3) whether the court of appeals’ interpretation of HB 1224 (language banning “large-capacity” magazines) was contrary to the plain meaning and purpose of the statute, and 4) whether HB 1224 violates the right to bear arms as set forth in Article II, section 13 of the Colorado Constitution.

The complaint (a document that sets forth the facts and legal reasons that the party filing the lawsuit believes support a claim against another party) alleged that most magazines available for rifles, pistols, and shotguns have removable baseplates. In essence, because most magazines are equipped with them, the plaintiffs argued that there is an inherent possibility the capacity could be expanded with commercially available products and thus all of these magazines would be considered to be “readily converted to accept, more than fifteen rounds of ammunition” resulting in a ban on most functional firearms.

To put that argument in perspective, if a person were to purchase a Glock 17 that came with a ten-round magazine, there are a number of commercially available extensions that would allow a person to pop off the base plate and replace it with another increasing the capacity to more than 15 rounds of ammunition. As a result, an interpretation of the law, consistent with the plaintiffs’ argument, would mean that the firearm would be useless, as there would be no magazine available that might not allow such a conversion. If that were true, it would essentially ban all modern arms since a gun is useless without a corresponding magazine.

If that were to be true, it would essentially ban all modern arms since a gun is useless without a corresponding magazine.

Turning to the reasonableness standard, the court affirmed the notion that the state may regulate firearms, “so long as the enactment is (1) a reasonable exercise of the police power (2) that does not work a nullity of the right to bear arms in defense of home, person, or property.” While an analysis under the Second Amendment requires that a court apply some form of heightened scrutiny in its analysis (intermediate or strict) rather than a rational basis review, Colorado’s Supreme Court has stated that,

…when confronted with a challenge to the validity of a statute or ordinance regulating the exercise of the right to bear arms guaranteed under article II, section 13 of the Colorado Constitution, a reviewing court need not determine the status of that right. Rather, the question in each case is whether the law at issue constitutes a reasonable exercise of the state’s police power.

Applying this to Article II, Section XIII of the Colorado State Constitution, the court determined that HB 1224 was a reasonable exercise of the state’s police power. The court ratified the trial court’s finding that HB 1224 was to “reduce the number of people who are killed or shot in mass shootings,” which relates to public health, safety, and/or welfare. It also “further agree[d] with the court of appeals that the prohibition on [“large-capacity” magazines] is reasonably related to that legitimate—and increasingly critical—state interest.”

The court then analyzed the statute in light of the plaintiffs’ interpretation. When interpreting a statute, the court’s job is to ascertain and give effect to the legislature’s intent. If the plain meaning is clear, then other methods of interpretation are not necessary. Additionally, words and phrases are given their plain and ordinary meaning.

As the court applied these concepts to the plaintiffs’ argument and definition of “large-capacity” magazines, it determined that a plain reading of the statute did not comport with the plaintiffs’ position. The court pointed to the fact that the legislature had used the phrase “capable of” just words before in the same section, stating that if the legislature had wanted to include all magazines that were only “capable of” being converted rather than being “designed to be readily converted” it knew how to do so.

In reviewing the plain and ordinary meaning of the word “designed” the court determined that the plaintiffs’ construction of the definition would strip the phrase “designed to be” meaningless. The court also looked at the legislative history of the bill and found that the definition had been narrowed in scope through an amendment.

Applying the facts found at trial, the Colorado Supreme Court concluded that HB 1224 “does not significantly interfere with the core of Coloradan’s article II, section 13 right to bear arms in self-defense.” The court further proclaimed that “the parties here stipulated that ‘thousands of models and variants of firearms with detachable box magazines remain available for lawful purchase and use for home defense in Colorado,’ and that virtually ‘every gun that was available before July 1, 2013, is compatible with magazines holding 15 or fewer rounds.’ And HB 1224 contains a ‘grandfather clause’ that allows a person to maintain continuous possession of [“large-capacity” magazines] if they were owned on the law’s effective date.”

As a result, the court upheld the language in HB 1224 (the so-called “Colorado magazine law”) which effectively banned any magazine with greater than a 15 round capacity.

Adam is a firearms law attorney, the Director of Legal Strategy at Firearms Policy Coalition, and the former general manager of a gun store in the Philadelphia suburbs. He hosts The Legal Brief, a show dedicated to crushing the various myths and misinformation around various areas of the gun world, attends professional training courses as often as possible to remain as proficient with his carry gun and preferred rifles as he is with his briefcase, law degree, and remembering Grateful Dead lyrics. Find him online at www.adamkraut.com, on Instagram @theadamkraut, on Twitter @theadamkraut, or on Facebook, /theadamkraut/.