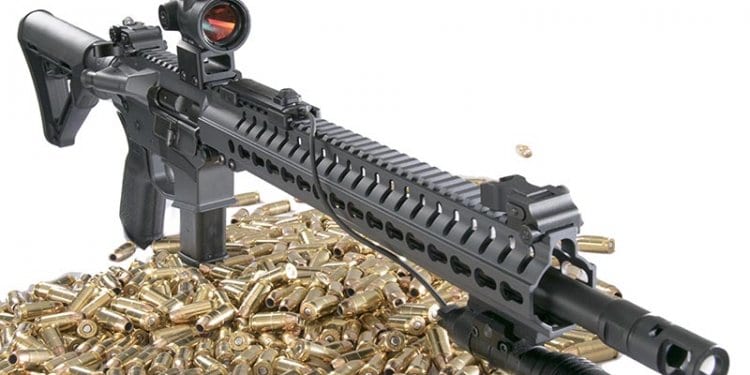 Check out the press release below that just went live.

Boonville, MO (April 25, 2017) – CMMG has announced the release of the MkG45 GUARD – a new AR15 rifle chambered in the iconic .45 ACP caliber.  The GUARD is offered in five different configurations, operates on CMMG’s new, patent pending Radial Delayed Blowback system and is fed from Glock magazines.

“With the GUARD, we set out to engineer an affordable, highly reliable AR chambered in .45 ACP that would use the widely-available Glock magazines. In the early stages of design, we tested out a variety of different operating systems, including straight blowback and direct impingement, but none of those options gave us the reliability we were looking for.  We ultimately came up with the design for the Radial Delayed Blowback system and from there, all the pieces started falling into place,” said Chris Reinkemeyer, CEO/CFO at CMMG.
While the straight blowback system found on most pistol-caliber AR carbines utilizes a non-rotating bolt assembly, the Radial Delayed Blowback system used on the GUARD has a bolt carrier group (BCG)  that appears similar to that found on a direct impingement AR15 but operates completely differently.  The rotating bolt is the key to the Radial Delayed Blowback system.  It is the act of the bolt being forced to rotate and unlock that slows down the BCG just enough to safely cycle .45 ACP while keeping the BCG and buffer lighter than 9mm AR15’s.

Some advantages that result from this new operating system are that it reduces the overall weight of the rifle and simultaneously decreases the felt recoil by using a lighter bolt and buffer.  It also opens up the door to run calibers that have historically been too powerful for straight blowback but weren’t suited for direct impingement.

Pretty cool, especially since most companies tend to phone development in when it comes to pistol caliber carbines – building a direct blowback model is a thousand times simpler than reinventing the wheel – but in this case the wheel could use some improvements.

Direct blowback firearms tend to be excessively heavy and suffer from disproportionate amounts of felt recoil – by delaying the blowback process the new CMMG carbine proports to reduce the recoil by increase the dwell time of the action. 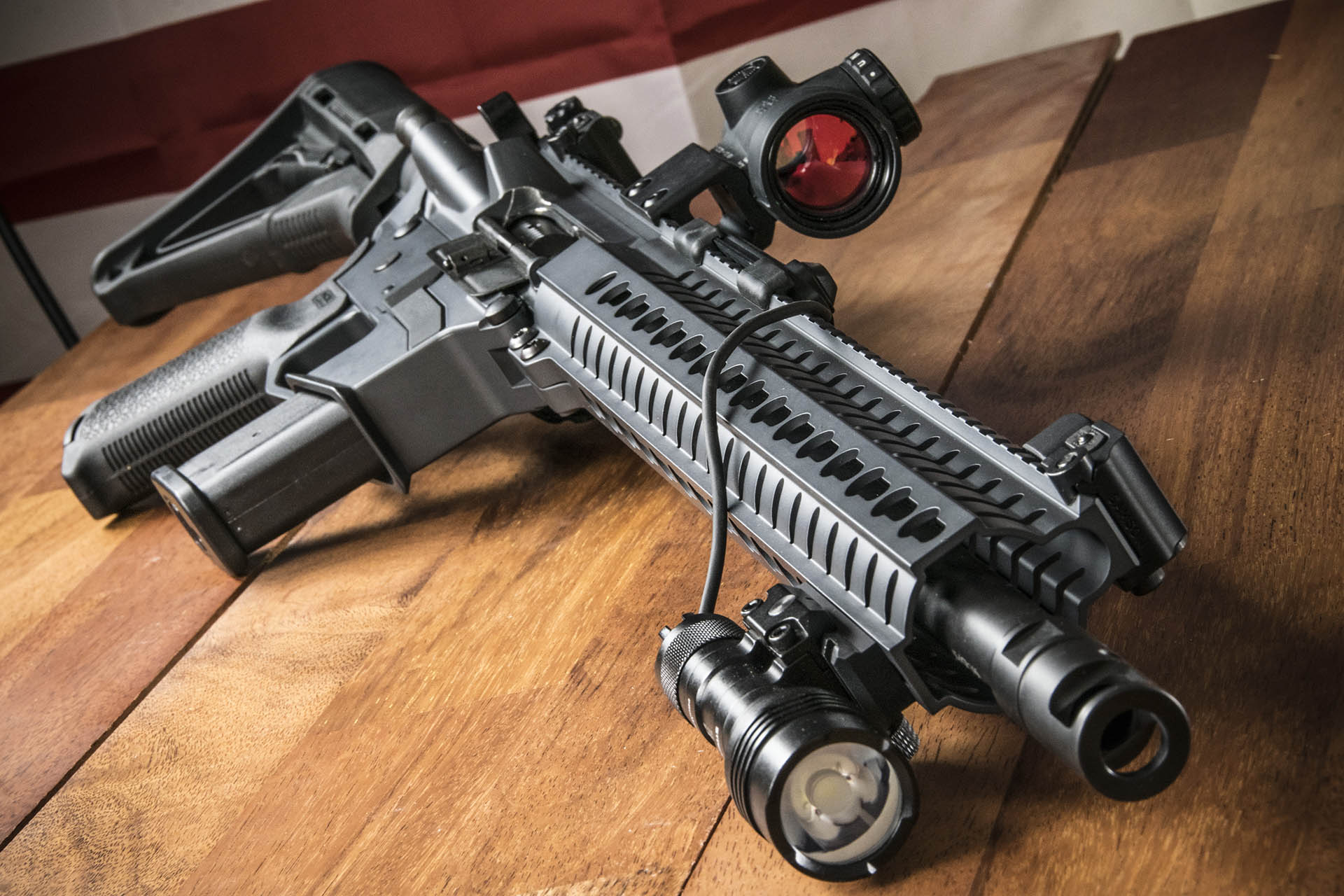