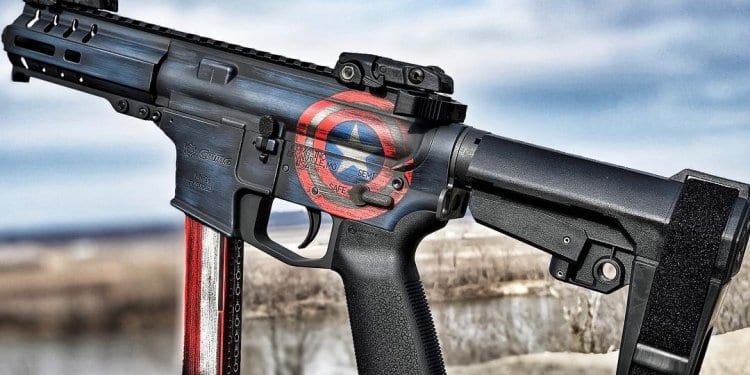 The CMMG Banshee probably needs little introduction to readers of The Mag Life. If you happen to be one of those who aren’t familiar with it, however, here’s the down and dirty.

CMMG is a firearm company headquartered in Boonville, MO.1 That’s juuust a little west of halfway between Kansas City and St. Louis. According to its founders, the company was established in early 2002 upon three precepts: Faith, Family, and Firearms.

They have been known for caliber conversions for some time. In fact, their .22 rifle conversion is probably the best known (and best performing) example of its kind. A couple of years back, when the Pistol Caliber Carbine (PCC) was just beginning to really win favor in the gun community, CMMG tried to build a .45 caliber PCC — which they did, but not easily, for reasons you’ll read and hear below. 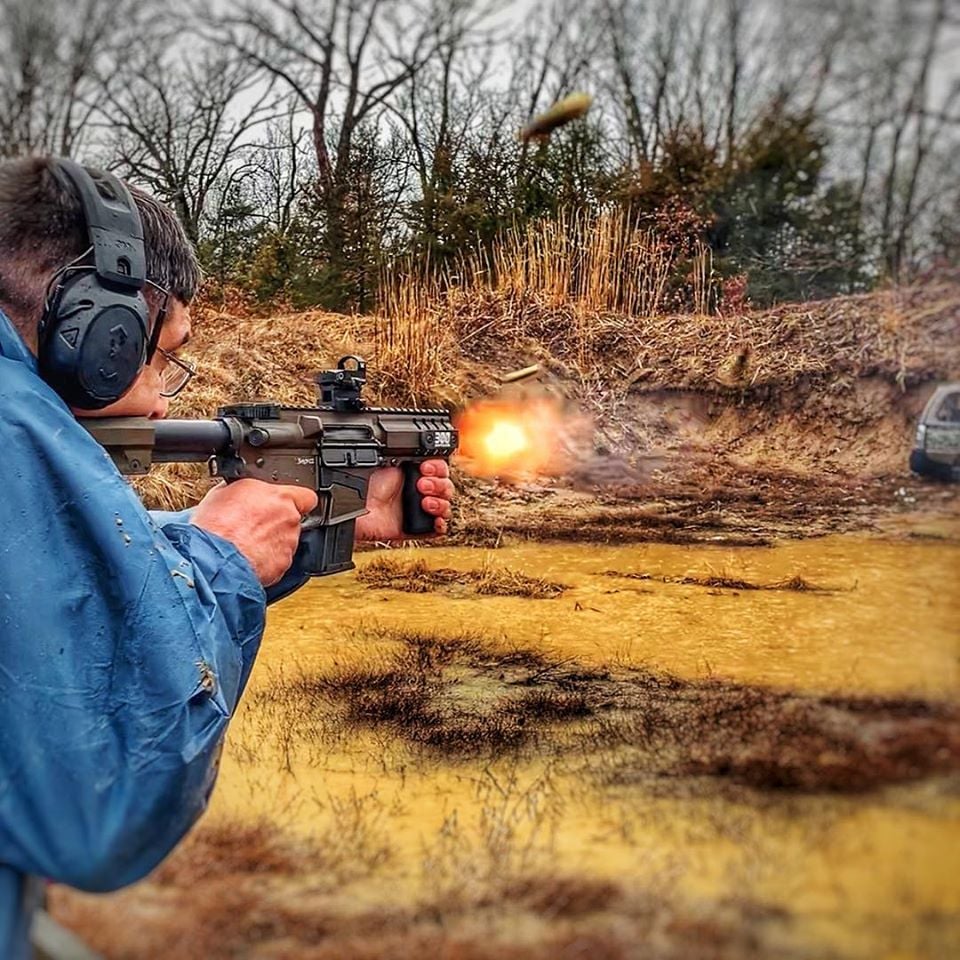 The process of working their way through some recoil-related issues with the .45 (in the context of the nascent Banshee) led to the development of an unusual and innovative mechanical system. That system adapts the AR platform in a way that had never been done before.

And so now we have the radial delayed blowback operating system of the CMMG’s Banshee series PCCs and AR Pistols.

Why should you care? There are a number of reasons, but two are most important.

■ Second, the operating system mentioned above. Originally inspired at least in part by H&R’s WWII era .45 Reising submachine gun, the Banshee’s mechanics are interesting all by themselves.

In fact, in mid-May, 2020, Gun Jesus (Ian McCollum) took a long look at the Banshee for those very reasons.2 Not because it has the same classic firearm or historical qualities of a PPS 43 or Swiss K31, but specifically for the Radial Delayed Blowback system.

This video is (unsurprisingly) the best explanation of the weapon’s development that I’ve seen yet. Take a watch.

Here is the video where Ian takes it out to the range.3 Listen close as you approach 5 minutes in, and a couple of shots thereafter. You’ll hear that “old west” ricochet sound.

“[the operating system] incorporates a mechanical delay that forces the bolt to rotate and unlock, momentarily slowing the bolt carrier group, which allows chamber pressures to fall before cycling. This mechanical delay allows for reliable function with a wide variety of ammunition and removes the need for a heavy bolt, buffer, and spring required in direct blowback systems. Radial Delayed Blowback significantly cuts felt recoil, directs more gas down the barrel resulting in cleaner function and real advantages when using a suppressor.” 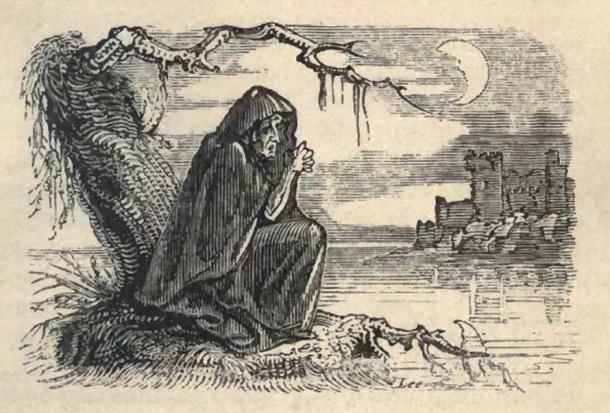 The banshee of Irish myth. This is the bean-sidhe or bean sí baintsí from Gaelic legends. It’s an entirely different banshee from the one made by CMMG.

This will be a work in progress.

• 2018 at the Annual NRA Meeting (NRAAM), CMMG announced the ultra-compact Banshee (and the DefCan suppressor, too, but we’ll talk about that elsewhere). This development includes:

Both the 9mm and .45 ACP Banshees in the ultra-compact line use the Radial Delayed Blowback system.

• 2018 Much later in 2018 we see a codification of sorts of the Banshee (and other CMMG product) line(s). The weapons will now be offered in 100, 200, or 300 series, each numbered designation reflecting that firearm’s configuration.4

• 2019 Not too long after the advent of the .40 S&W Banshee, the 9 ARC (AR Conversion) magazine adapter becomes available.

• 2019 Right around that same time they were named NRA’s Gun of the Week.

• 2020 In early 2020 (just a little before SHOT Show) we learn of the 5.7×28 Banshee 40-round AR conversion magazines — not what many people expected, perhaps, and certainly a niche cartridge, but a development we at The Mag Life were excited about.

That will hardly be the last we hear of CMMG or their Banshee. Check back here periodically for more information. 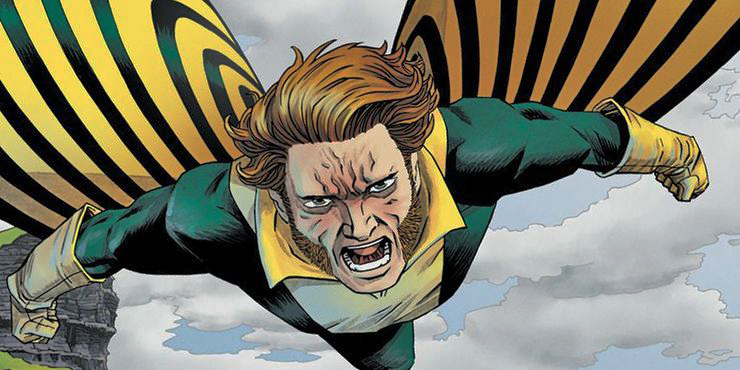 The X-Man “Banshee” is from Cassidy Crag in County Mayo (Ireland); not Boonville, Missouri (USA). He is also not a CMMG Banshee.

What does CMMG stand for?

Questions about the manufacturer’s acronym are common, as is speculation. It could be the Center for Molecular Medicine and Genetics, or the Coalition of Manitoba Machine Guns, Chief Machinist’s Mate (gas Generating)5, the Civilian Manpower and Management Guide, or any of several other possibilities.

Find the Banshee online at CMMGinc.com.

Check out GMW’s selection of CMMG products in the Warehouse. 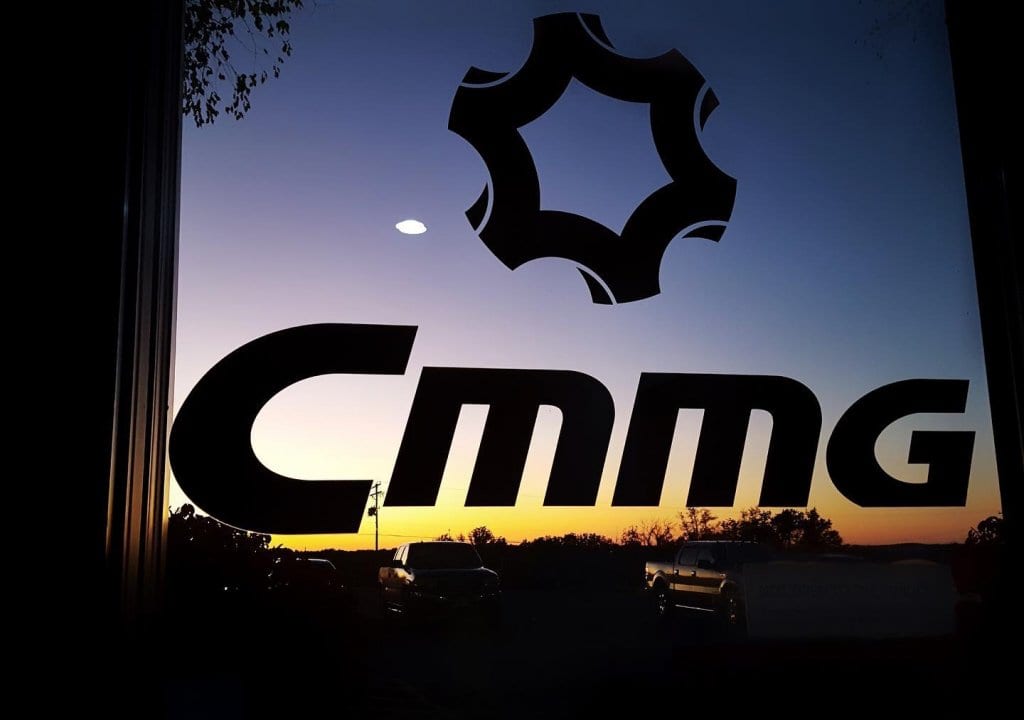 1 Boonville is located in Cooper County, MO, between I-70 and the Big Muddy (the Missouri River); not too far from my cousin’s ranch actually, though that’s hardly apropos. BoonvilleMo.org.

2 Ian advises, “In 2015, the CMMG company decided to develop a pistol-caliber AR carbine firing .45 ACP. Such things were becoming common in 9mm, but .45 was a more open market opportunity. They spent substantial time trying to perfect a simple blowback system, only to find that the recoil impulse was causing occasional feed failures that just couldn’t be rectified. They next tried using the regular AR “direct impingement” operating mechanism, but that wouldn’t provide enough energy to run the system reliably – and was very direct to boot. Just when the project looked hopeless, they took inspiration from the WWII Reising submachine gun – a delayed blowback .45ACP system.” Read the rest.

3 Ian says, “It does indeed do exactly as advertised – even in a lighter platform like this SBR, the recoil impulse is significantly less than in simple blowback 9mm ARs. Very cool to see innovation still existing in a marketplace that has been so heavily optimized!” Read the rest. 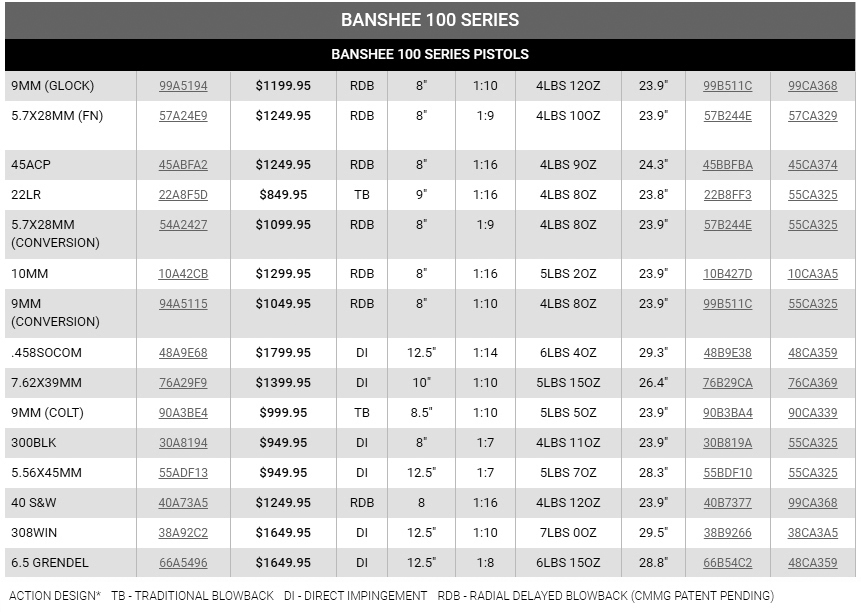 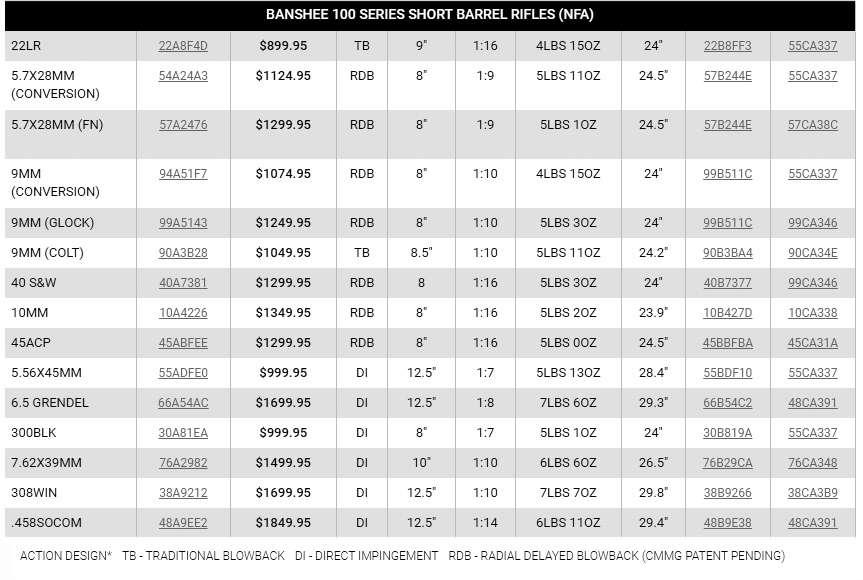 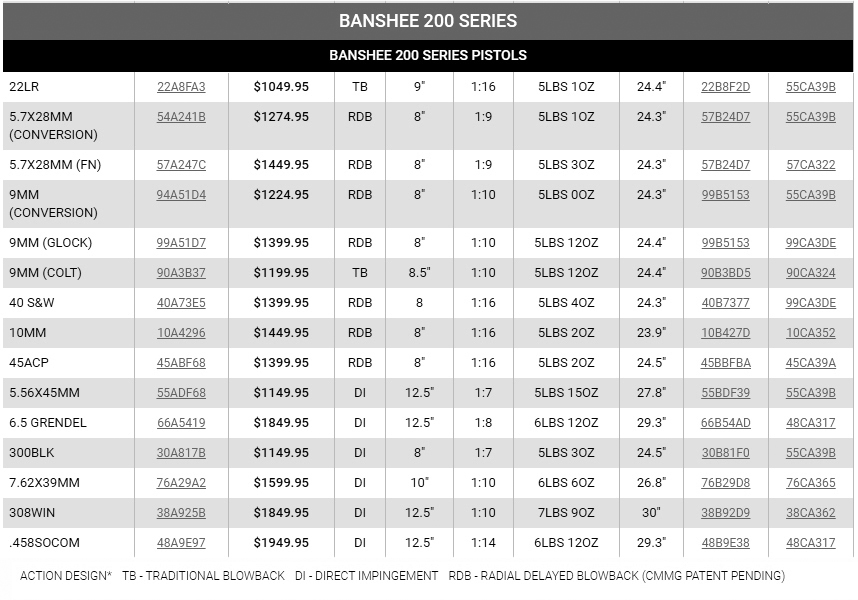 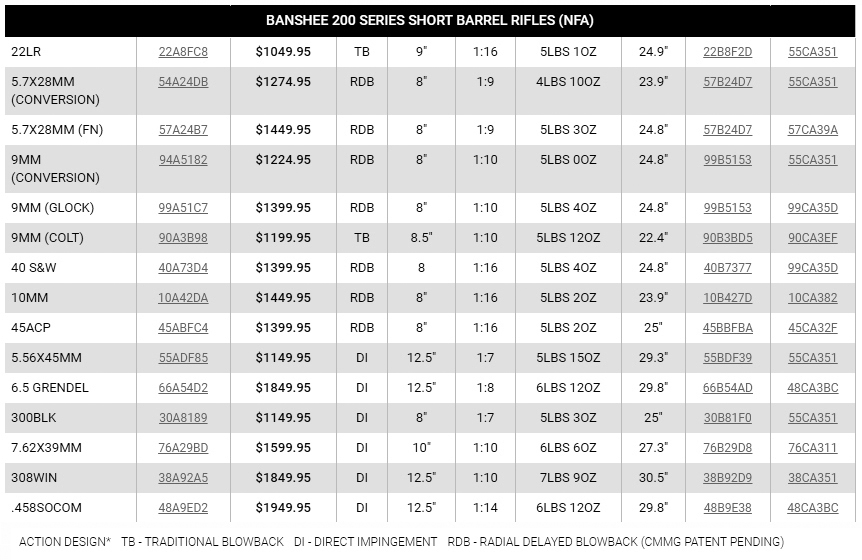 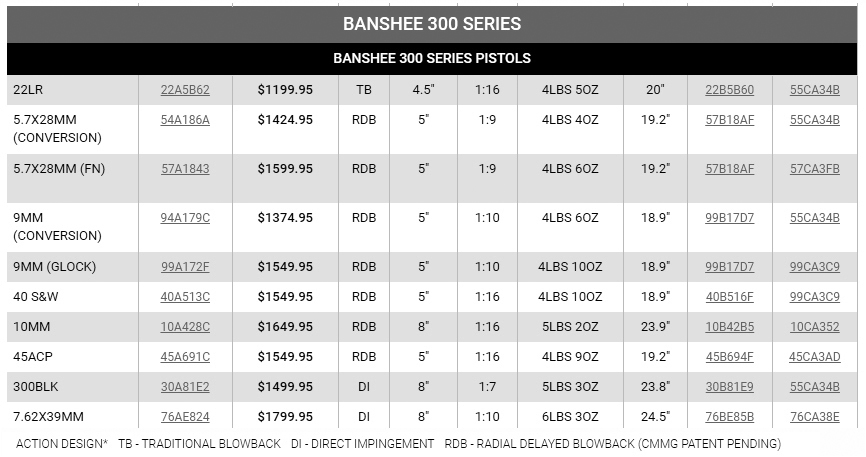