Tell me, which one of these does not belong in this video line-up? Can you tell us, by merely watching the video? Go ahead, push pause even? What stands out as being off? Anything? If you’re like most of us, you answered, “they all look the same to me.”

Fast-forward only a few seconds, and Mike asks, “what about now?” So, what about now? Do you notice the difference? Could it be something with those magazines, by chance?

Well, guess what? While there are some differences, it might not be what you think. In fact, Mike goes on to let everyone in on a secret because all four are 9mms; even that AR looking one holds 9mm ammo.

And there’s more. Because “there’s one thing that’s a little bit different than the others.” But no judgment here if you don’t know right away.

0:59 “I wouldn’t blame you if you thought it was the AR magazine, and to an extent, you’d be right because it doesn’t take a standard pistol magazine. But the one I want to show you here is our Mk9.” 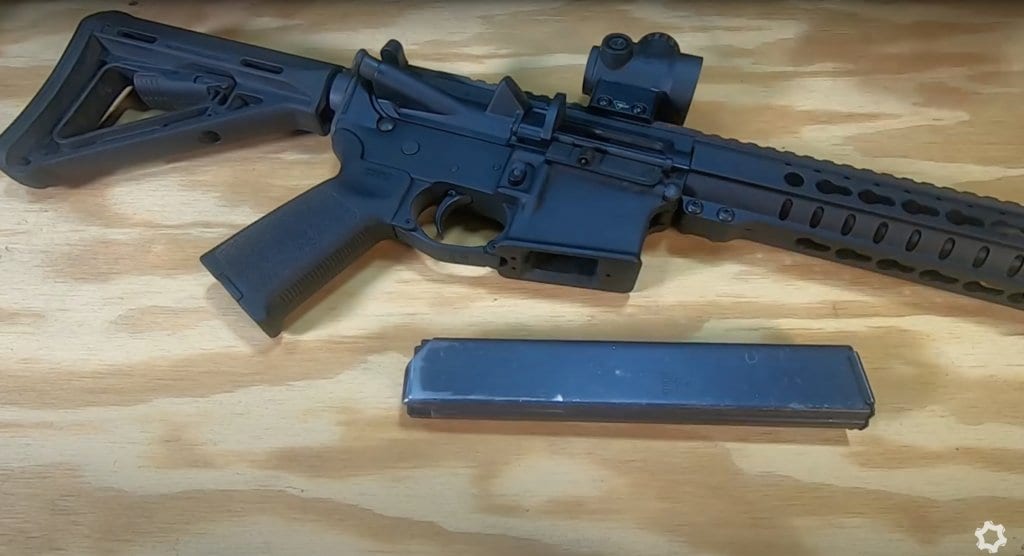 What did you say?

1:11 “This is one of our original 9mm. This takes Colt style magazines. 32 rounds, metal, colt style magazines will be inserted into the mag well, just like that. And this is a traditional or straight blowback system. So, this is one thing that’s a little bit different.” 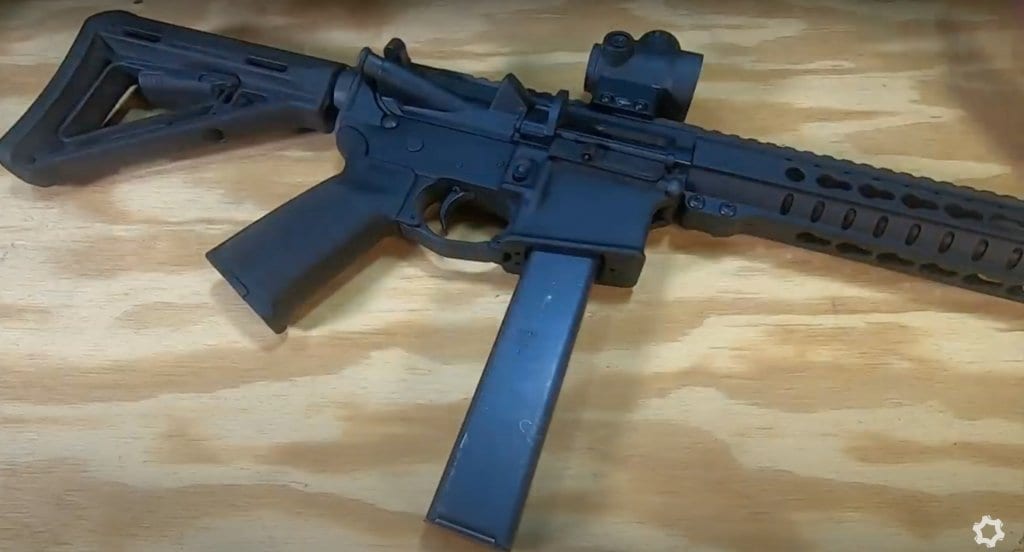 1:28 “You have a heavier buffer system, traditional blowback, traditional Colt pattern magazines. This is the 9mm we’ve had out for about the longest here.”

1:39 “…but from there, one of the things we developed is we went to the MkGs. So, Mk9, 9mm MkGs is g-Gock. So, yes, it takes Glock magazines. S for small-frame-block. So, this is going to be able to take things like the 9 and 40, at least in this lower for that size magazine.” 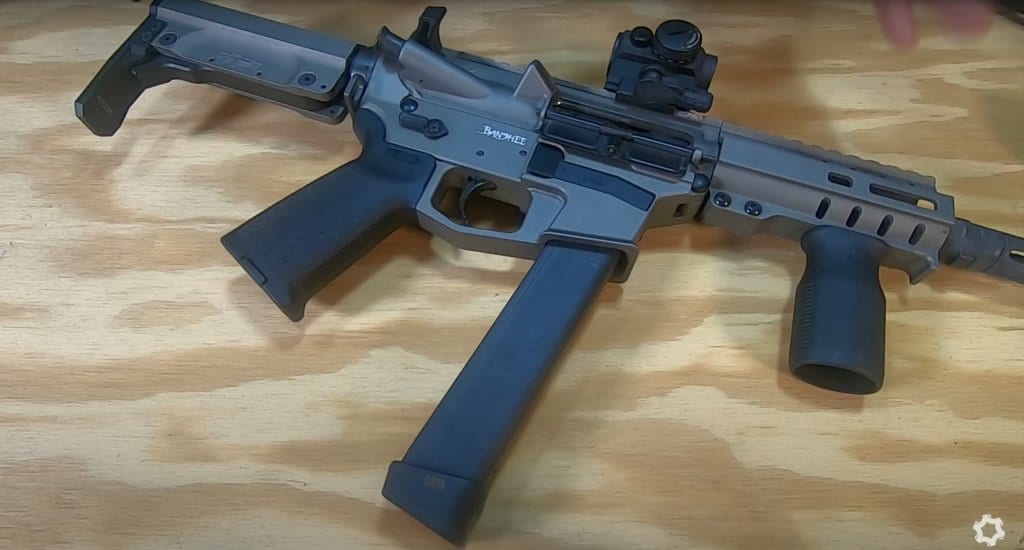 Now we have a 9mm that takes Colt magazines and an Mk9 that takes Glock magazine. Okay, so that’s two 9mm capable magazines. What else is there?

2:04 “So here is with the introduction of our radial delayed blowback operating system. So it’s not traditional blowback. It’s a lighter recoiling, lighter moving system, a lot less weight in the moving parts, and everything, so that is the MkGs Glock mag 9mm.”

2:23 “Then from there we took the radial delay blowback operating system, and we adapted it to this bad boy…”

But, just like any bad boy, it leaves us all a bit confused.

2:33 “This is the one that really confuses a lot of people. They look at this and go, ‘up, that’s an AR magazine in there.” 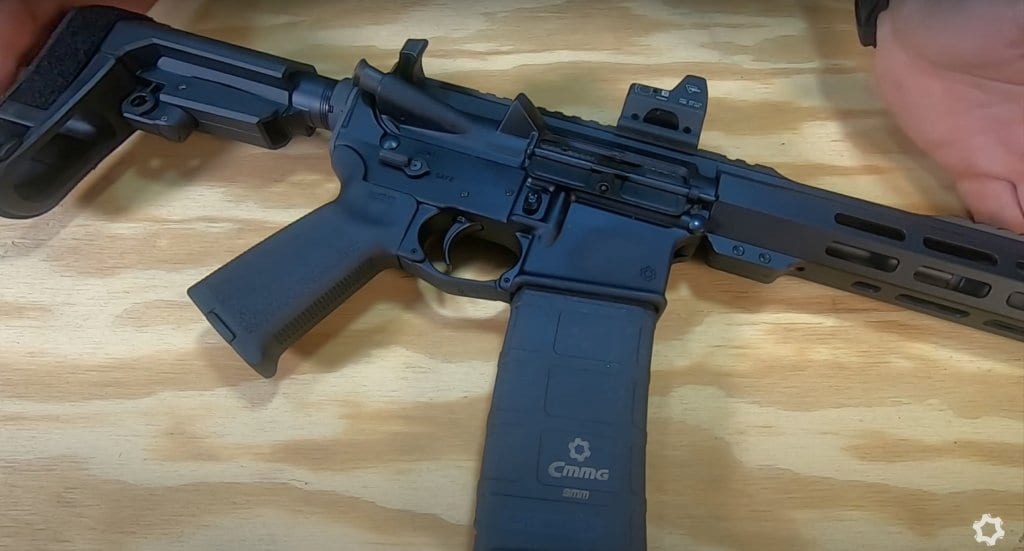 And at first glance, we can understand why one might say that.

You might hear folks say, just as Mike puts it, “you can’t use that in there!”

Oh, but to the contrary!

2:39 “…actually we can because the inside of this ‘AR magazine’ is an adapter that allows you to put 30 rounds of 9mm inside that.” 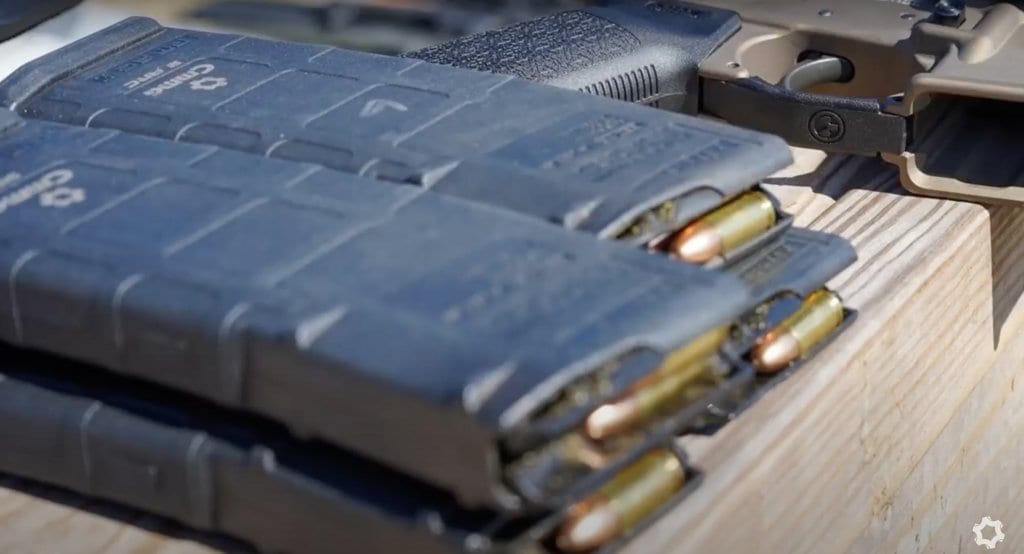 2:49 “…still using our radial delay blowback upper allows for people that have NFA items, possibly that you know they’re a certain caliber, and you want to change. It allows you to take those and be able to run 9mm in them. It also allows people that build, you know, might have a few extra lowers laying around, the ability to build a good operating, smooth recoiling, light recoiling 9mm out of a standard AR that they’ve already got laying around…so that is our Mk4 radial delay blowback.” 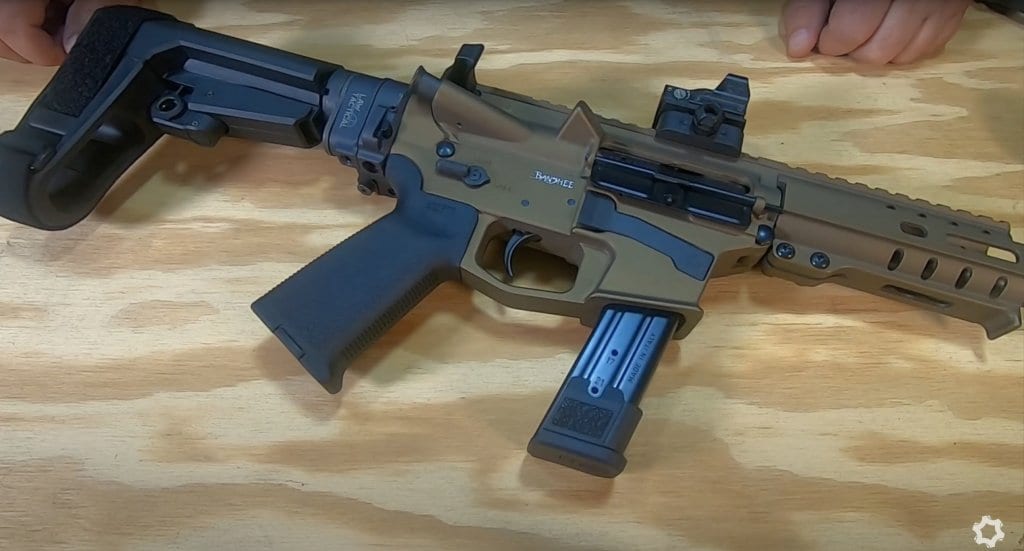 And with that, Mike goes ahead and slides that magazine right on the inside, almost like he practiced. And what magazine fits in this particular hole?

So, let’s do a quick recap:

4:29 “…the Mk4 radial delay blowback, which is AR conversion mags, uses a standard AR lower with the same upper as the MkGs.

And finally, we wrap the show up with the Mk17.

So there you have it, boys and girls, the 9mm PCC lineup offered by CmmG! 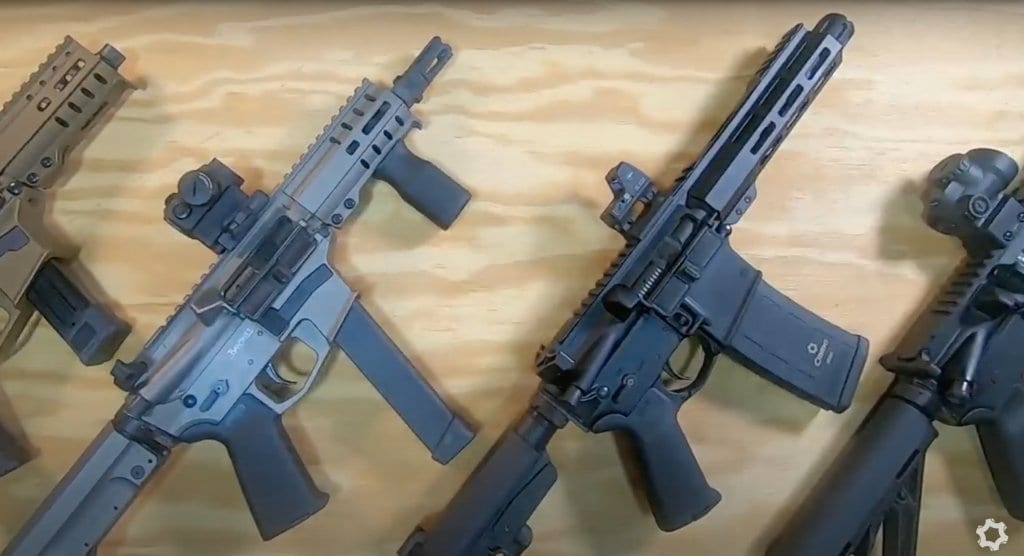 Learn more about the CmmG PPC Lineup: Banshee and Resolute.