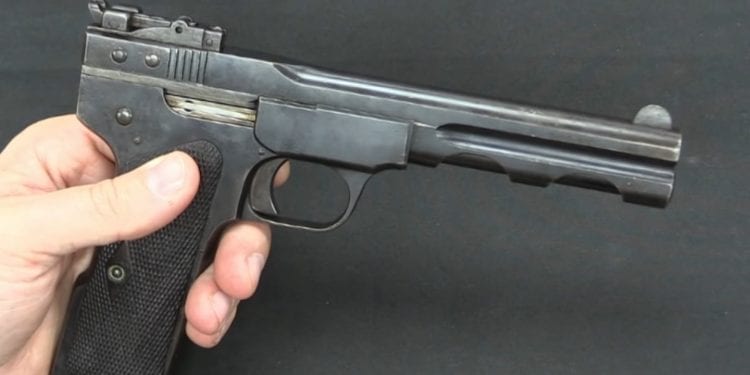 Getting a closer look at historical handguns is fascinating because not only does it give you a look into where modern-day guns came from, it lets you know what our ancestors had to work with. In many ways, technology has gone through leaps and bounds of growth, and in others it has retained its original form (with some new flourishes). In this video, Ian McCollum talks about the history of a selection of Chinese mystery pistols. 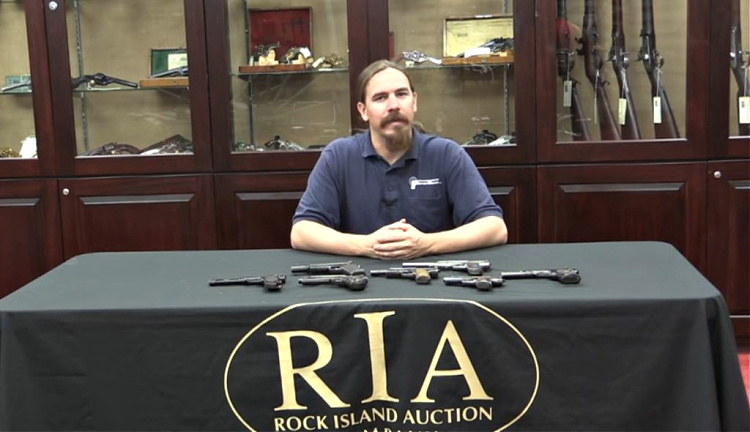 During the 1920s and 1930s, a combination of civil wars and international arms embargoes led to a lot of domestic firearms production in China. The size and quality of manufacturing facilities varied widely — everything from massive factories established with European technical assistance to one-man shops only a step or two above being blacksmiths. The weapons produced varied in quality to match.

Among other weapons made during this period were handguns mechanically based on several European designs (the Browning 1900, Mauser C96, and Mauser 1910/14, primarily). These handguns show a huge variety of aesthetic designs, gibberish markings, and fake proof marks. They are virtually all single action, simple blowback designs, chambered for .32ACP or 7.63 Mauser.

32 Auto is often called 32 ACP today. It was designed by John Browning and has been in production since 1899. (Photo credit: Fiocchi)

Apparently, a popular chambering in these pistols is the 32 Auto, known more commonly today as 32 ACP. Although today’s advances in ballistics have made the 32 ACP more of a fun round than a useful one, you can find modern handguns chambered in it.

The 32 ACP was designed by none other than John Browning and entered production in 1899. It was originally made for blowback semi-automatic pistols and has a rather interesting history when it comes to use. According to some historians, Adolf Hitler committed suicide with a Walther PPK chambered in 32 ACP, and Heckler and Koch’s first handgun, the HK 4, was also chambered in this diminutive round (that was back in 1967).

This round still has its uses, so if you’re interested in expanding your handgun experience, try one chambered in 32 ACP. 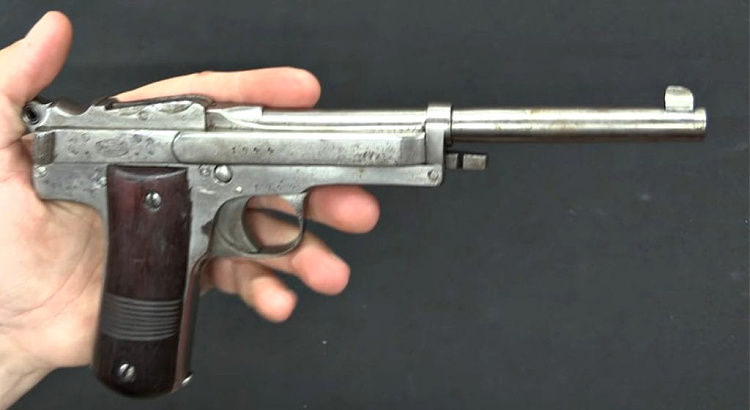 The pictured gun was likely inspired at least in part by the Broomhandle Mauser. (Photo credit: Forgotten Weapons)

There are some unique design features on these guns including one being made for use with a shoulder stock — something Ian says was common due to shipping and embargo problems with rifles at that time — and another chambered in 7.63 Mauser.

Another interesting element Ian talks about in the video is the fact that what appears to be complete nonsense stamped into the frames and slides of these guns is most likely on par with the way many people will tattoo foreign words they cannot actually read onto their bodies. Basically, the Chinese gunsmiths had a set of English stamps and used them to approximate the look of what would have been, at that time, a modern pistol. 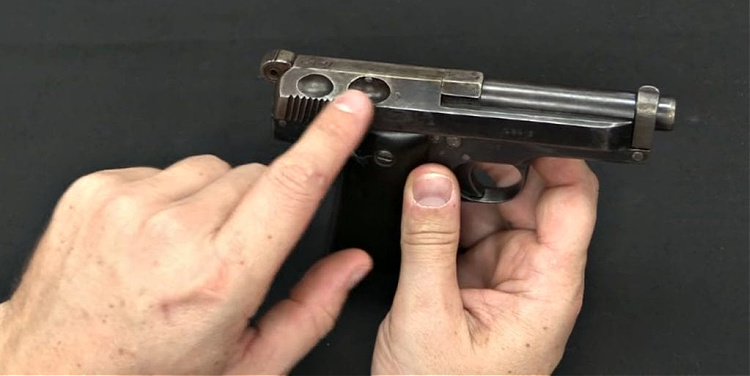 Ian McCollum points out unique features on one of the handguns he covers in this video. (Photo credit: Forgotten Weapons)

Why Does History Matter?

Aside from the usual response that history repeats itself — and it really does, because manufacturers try to replicate old guns on a regular basis — gun history is just fun. Learning about the steps that have been taken along the way can be both enjoyable and informative, and I highly recommend following Ian McCollum’s Forgotten Weapons YouTube channel.

Like what you read here? Hit us with an email subscription!

Kat Ainsworth Stevens is a long-time outdoor writer, official OGC (Original Gun Cognoscenti), and author of Handgun Hunting: a Comprehensive Guide to Choosing and Using the Right Firearms for Big and Small Game. Der Teufel Katze has written for a number of industry publications (print and online) and edited some of the others, so chances are you’ve seen or read her work before, somewhere. A woman of eclectic background and habits, Kat has been carrying concealed for over two decades, used to be a farrier, and worked for a long time in emergency veterinary medicine. She prefers big bores, enjoys K9 Search & Rescue, and has a Master’s Degree in Pitiless Snarkastic Delivery.