Canik is no stranger to always making their handguns better; this release is no different. However, they do seem to be able to bring a decent value at low costs — though that’s obviously always going to be a matter of perspective.

This new Canik Mete takes several new features and integrates them into two different versions, the Mete SFx and the Mete SFT. Some of the upgrades include an ambidextrous slide, flared magwells, and an optics-ready design.

Read on to see what we know.

Read the full release below

The Evolution of Superiority” has arrived! The Canik brand of firearms is proud to unveil the latest innovation in pistols with the Mete (pronounced Met-A) series of handguns. The Mete name pays homage to a legendary Turkish hero. This line of pistols undoubtedly lives up to its namesake. Building off of the TP series success, the evolution of this line is based on consumer and engineering feedback that was desired not only enhancements but also functional improvements. The Mete series is the culmination of years of tireless testing and engineering, resulting in a truly impressive end result!

The first two pistols being released in the Mete series are the Mete SFx and the Mete SFT. The changes in the Mete series were all designed to take a great product and elevate it to the next level of semi-automatic sporting pistols. The external changes are subtle but are instantly recognizable when handling the firearm. 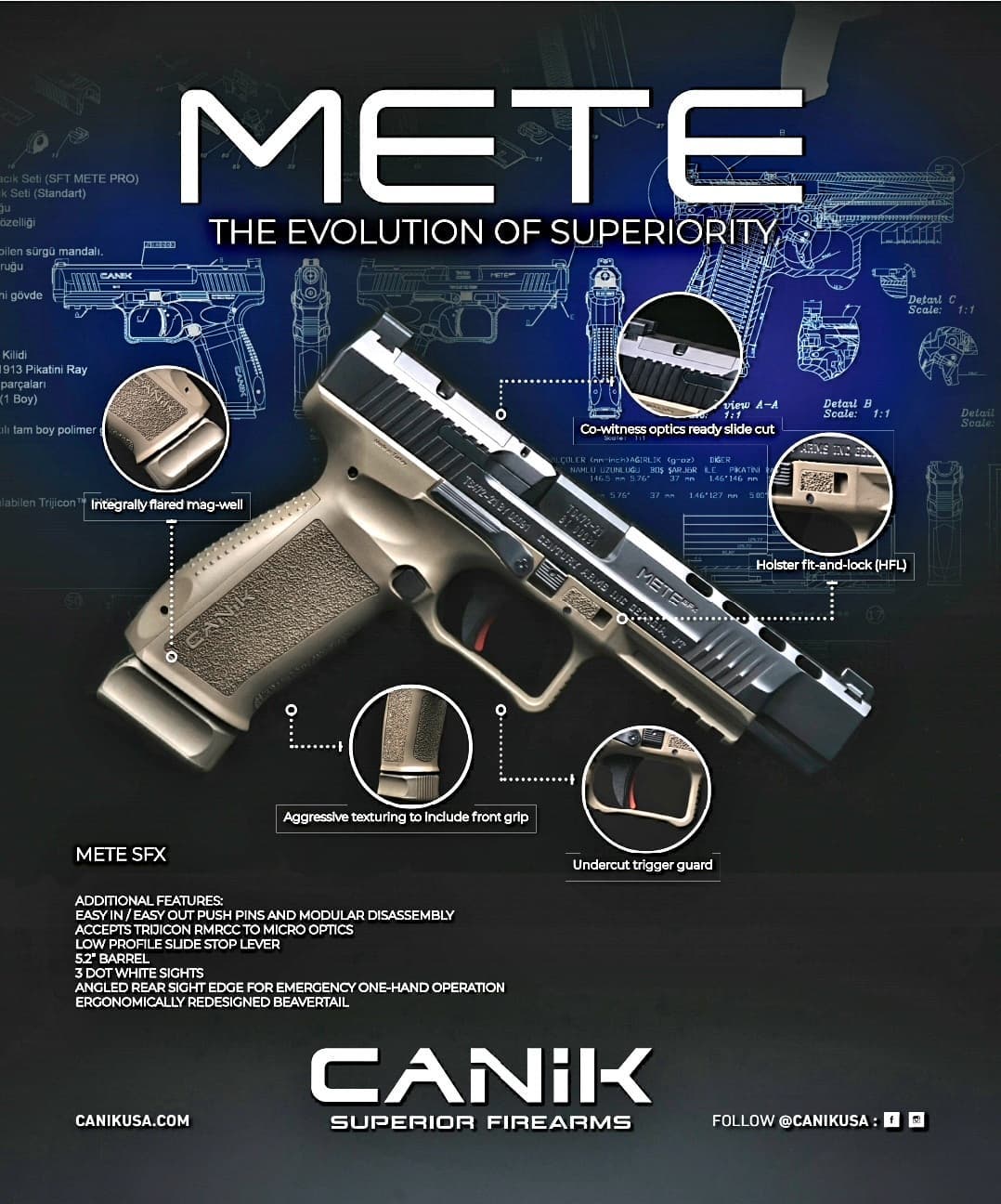 An integrally flared mag-well allows for fluid reloads and extra support for the grip, new aggressive texturing to include the front of the grip allows for increased stability, the double undercut trigger guard secures the support hand on the firearm, the low profile slide stop lever, an angled rear sight edge increase functionality in a multitude of situations, a co-witnessing optics ready slide cut now accepting everything from a Trijicon RMRcc all the way to a micro-optic allows for a constant and reliable sight picture, an ergonomically redesigned beavertail for comfortability, and a holster fit-and-lock (HFL) system for retention in the holster. The internal changes begin with easy in / easy out push pins that can be removed using slight pressure and the Canik punch. From there, the entire platform’s internals is modular in the sense that it can be completely disassembled and then reassembled with ease using only the aforementioned Canik punch. 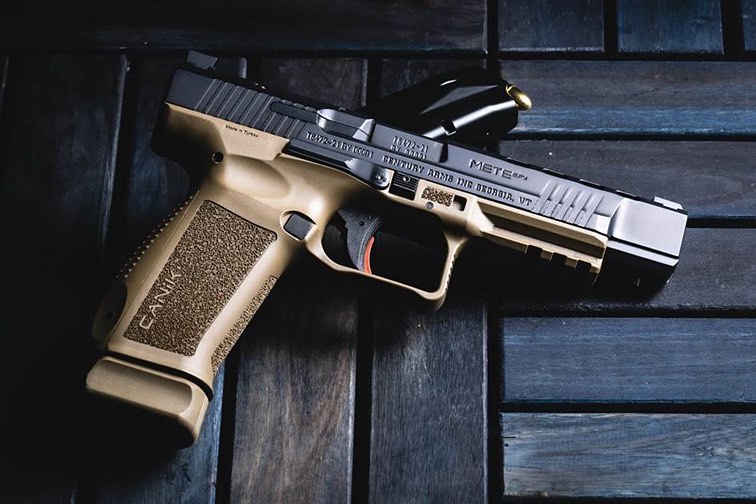 Each pistol comes standard with the following items: A hard case, 18 and 20 standard capacity magazines, magazine E-Z loader, mag-well, extra backstrap, two optics plates, reversible IWB/OWB holster, Canik punch and toolkit, cleaning kit, gun lock, and manual. Many Canik accessories are interchangeable between the TP series and Mete series to include barrels except for the Mete SFx barrel, which has been extended to 5.2″ for increased accuracy and velocity.

The Mete series of pistol’s MSRP has been established to continue the tradition of great value for an even better price, with the SFT set at $519.99 and the SFx at $574.99.

“The Canik Mete series is the result of taking the time to hear what the firearms community has asked for, figuring out how to incorporate these requests into our platform, and ultimately how to make the best sporting firearm for the price on the market today. The Mete truly is the evolution of superiority,” said Canik USA marketing director Adam Ruonala.