Those of you who are “behind enemy lines” already know the difficulties inherent to legally enjoying your Second Amendment rights while simultaneously trying to stay under the radar. For those who don’t, maybe say a prayer for us stuck in hostile territory. California used to allow “Bullet Buttons”. That’s a modified mag release that only works if you use a tool, like a bullet tip, to push the mag release so you can reload. Well, now they consider that a feature and part of their AW Ban. Those who have the bullet button can be grandfathered in but they need to register their guns with the California Department of Justice. As you can expect, Californians are not too eager to register.* So, what’s the alternative? An AR fixed magazine conversion is one option. Necessity is the mother of invention, and in this case, you have to either remove features (like no pistol grip) or have a fixed magazine in order to stay compliant. The guys at Franklin Armory have made their 10 round DFM (Drop-in Fixed Magazine) an interesting and viable solution to the problem.

At first glance, the DFM looks like any other ordinary 10rd AR15 magazine. However, the DFM features some slight but crucial changes at the back, behind the feed lips, to make it California Compliant.

Note: as of this article’s original writing, the DFM magazine was California compliant. That could change, unfortunately, so double-check local legislation before spending your money! 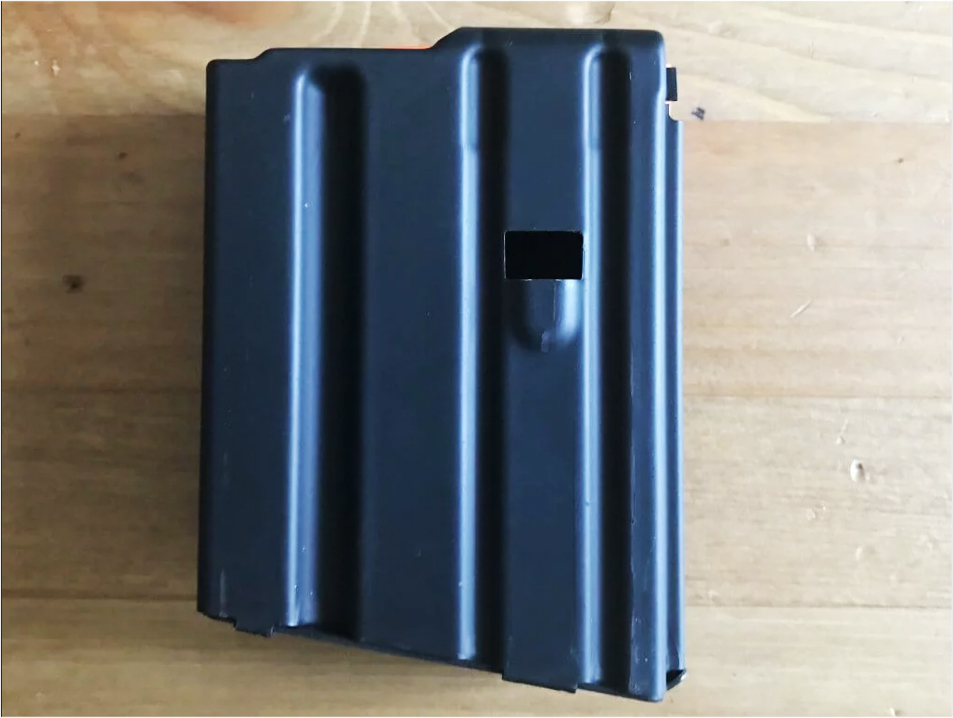 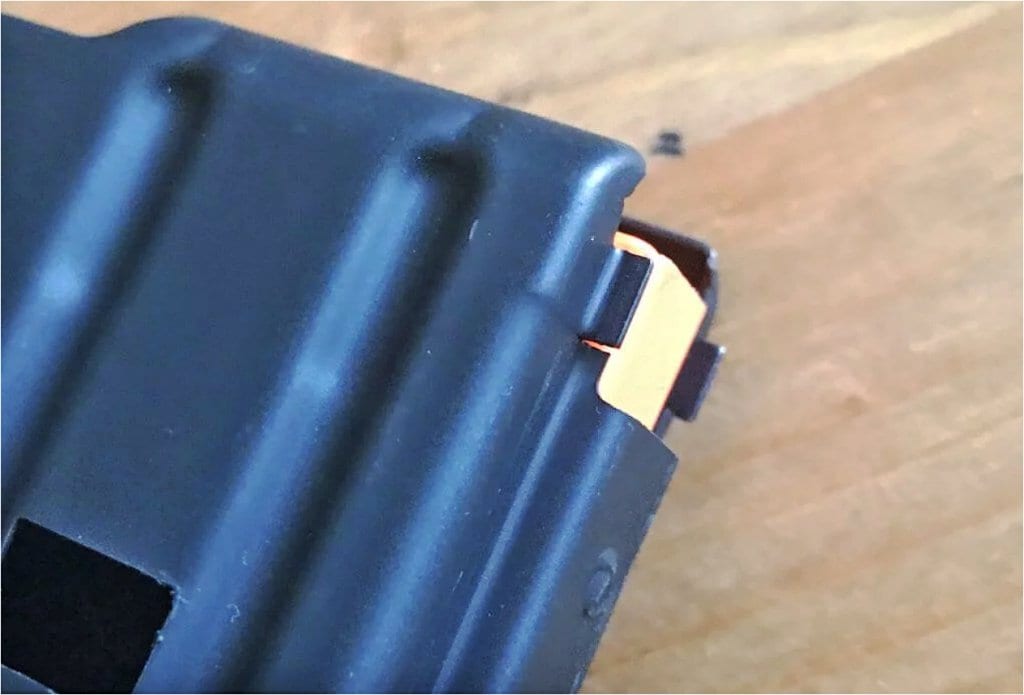 How, why, wherefore… Well, you get it.

So in order to install the DFM and get your California compliant AR 15 started, you have to open the action and drop the magazine into the top of the mag well. 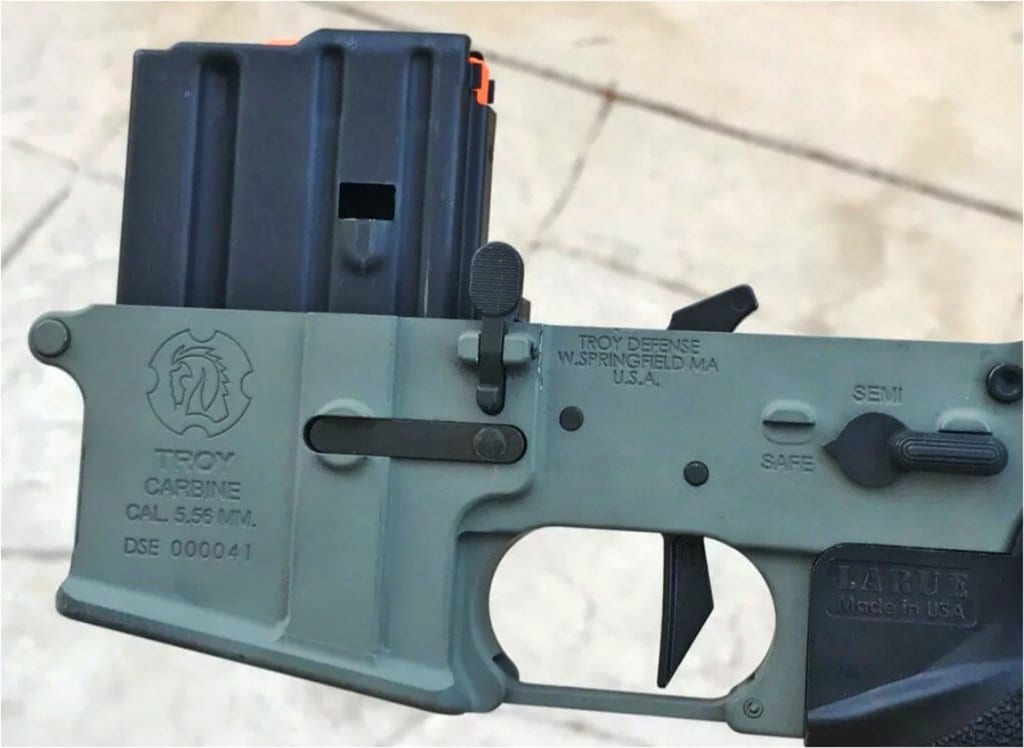 Pretty easy right? You can see the tabs sticking out of the back of the DMF? 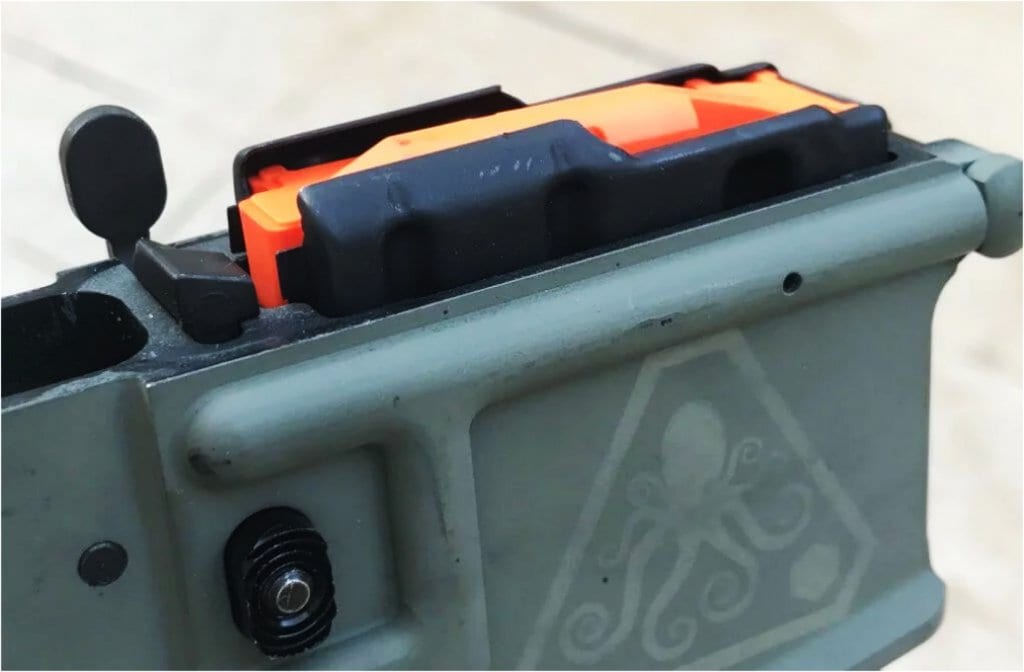 Now, something to note is that the DFM should not rest on those tabs. The magazine should rest on the magazine catch. When inserted properly, the tabs will not touch the lower receiver. If you don’t install the DFM properly, you may have feeding issues. 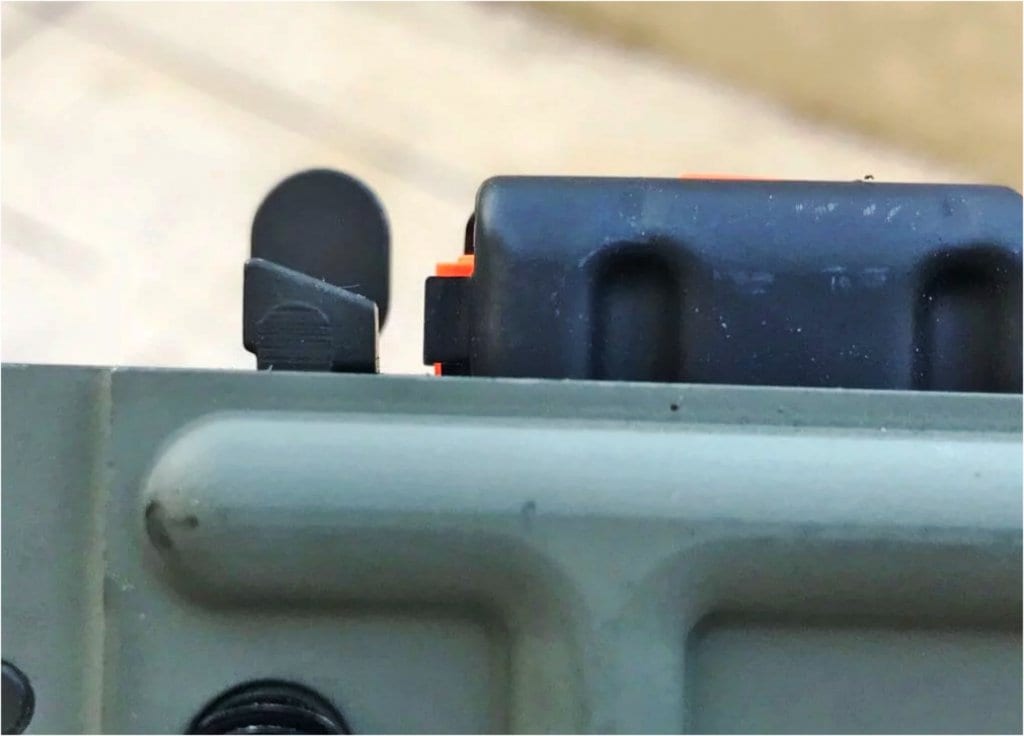 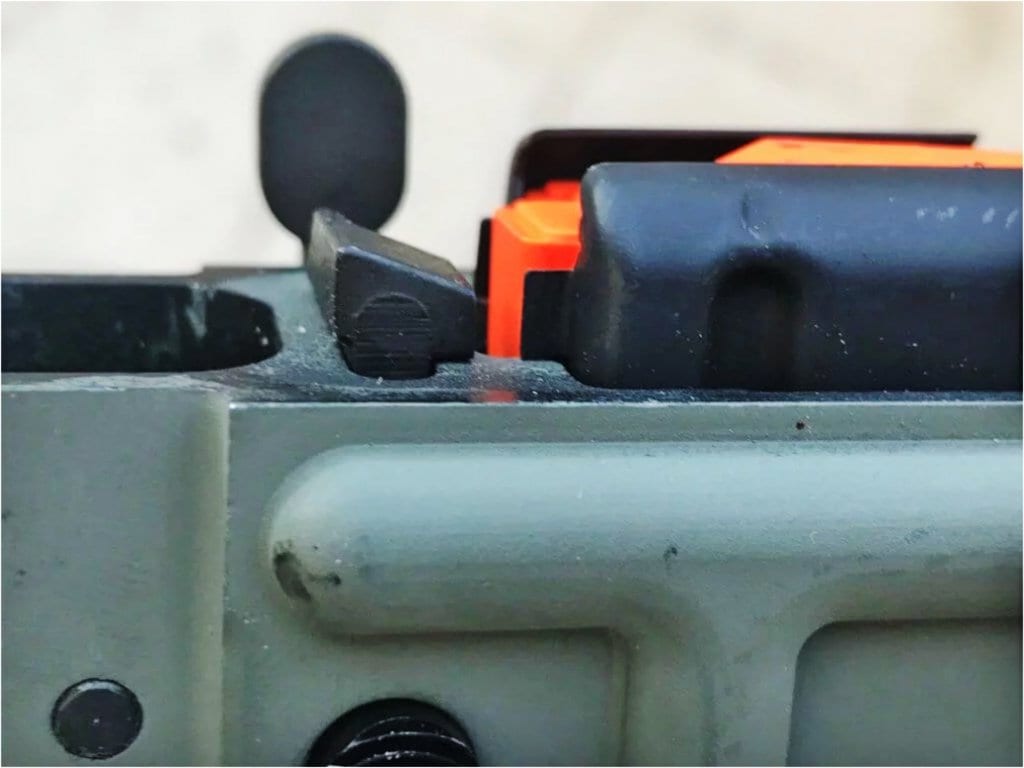 Something else to note is that the DFM has an alternate feature when combined with Franklin Armory’s modified bolt catch. 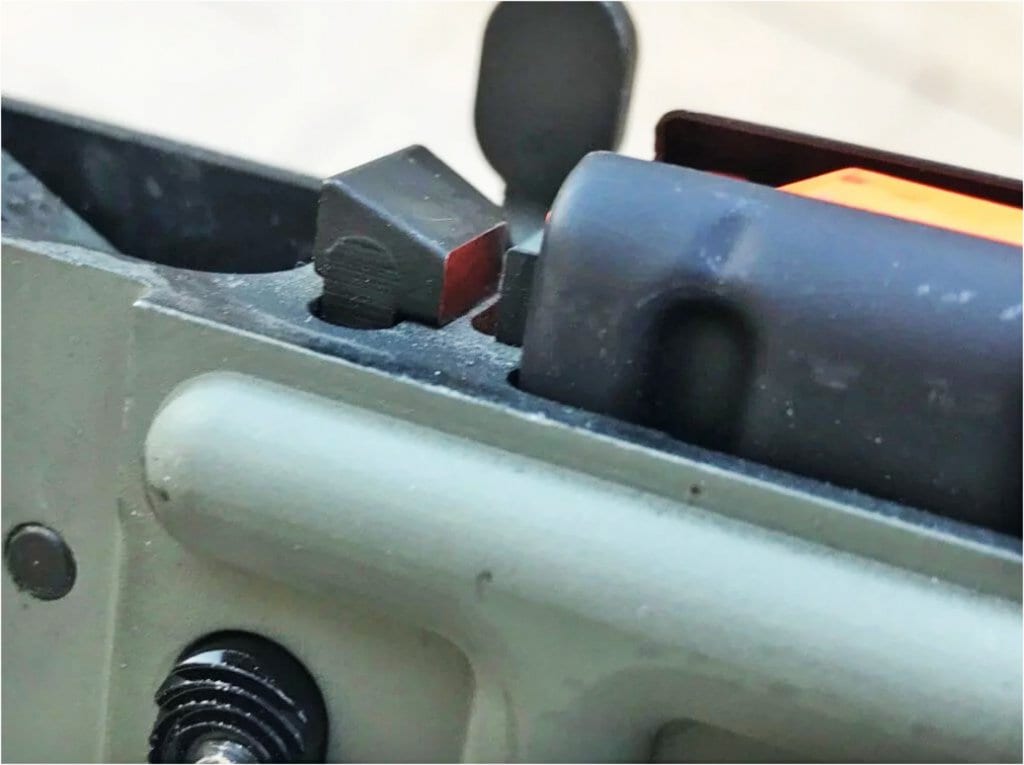 Here is a photo of a normal bolt catch. See the protrusion that interacts with the magazine follower? When the magazine is empty, the follower pushes the bolt catch up and that is what locks the bolt back on the last round. 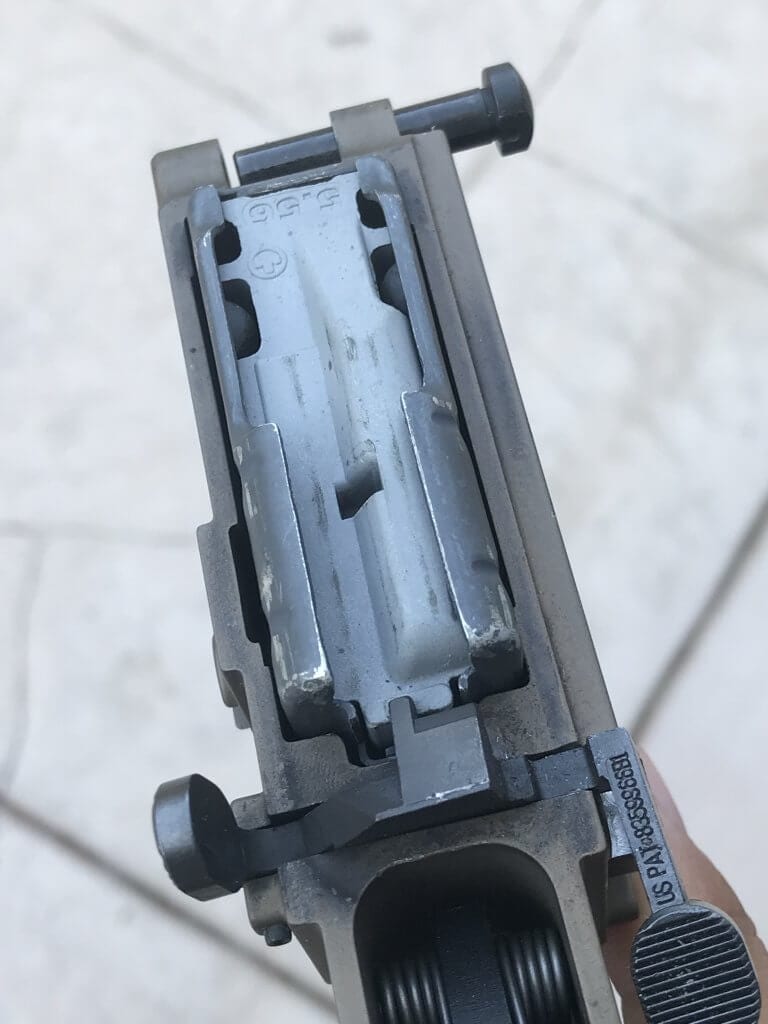 If you use a modified bolt catch, then you can remove the DFM. If you go outside of California to shoot your AR, then you can use regular AR15 magazines with a normal magazine release. The only downside is that your AR loses the last round bolt hold feature.

The DFM retails for $24.99 and the modified bolt catch retails for $19.99. If you combine this with those Mean Arms MA loaders then you have a compliant AR-15 that you can reload with relative ease.