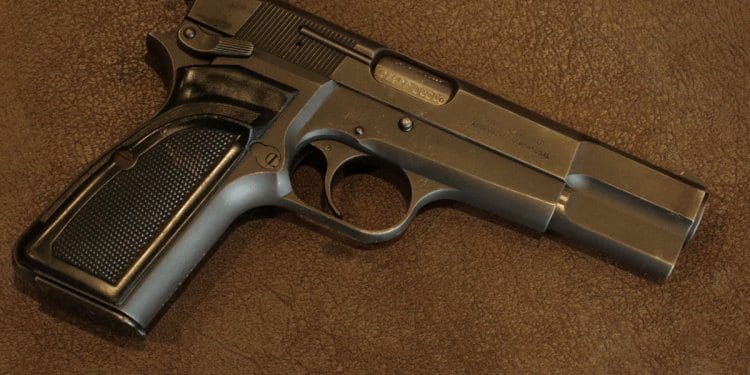 It is rare to find someone in the shooting sports hobby that doesn’t know who John Moses Browning was. His designs are like a Greatest Hits album of the late 19th and early 20th century firearms. The Winchester 94, the M1919, the Auto 5 and of course the 1911. But one of his last designs seems to shamefully get a little over looked, at least here in the US: the Hi-Power. 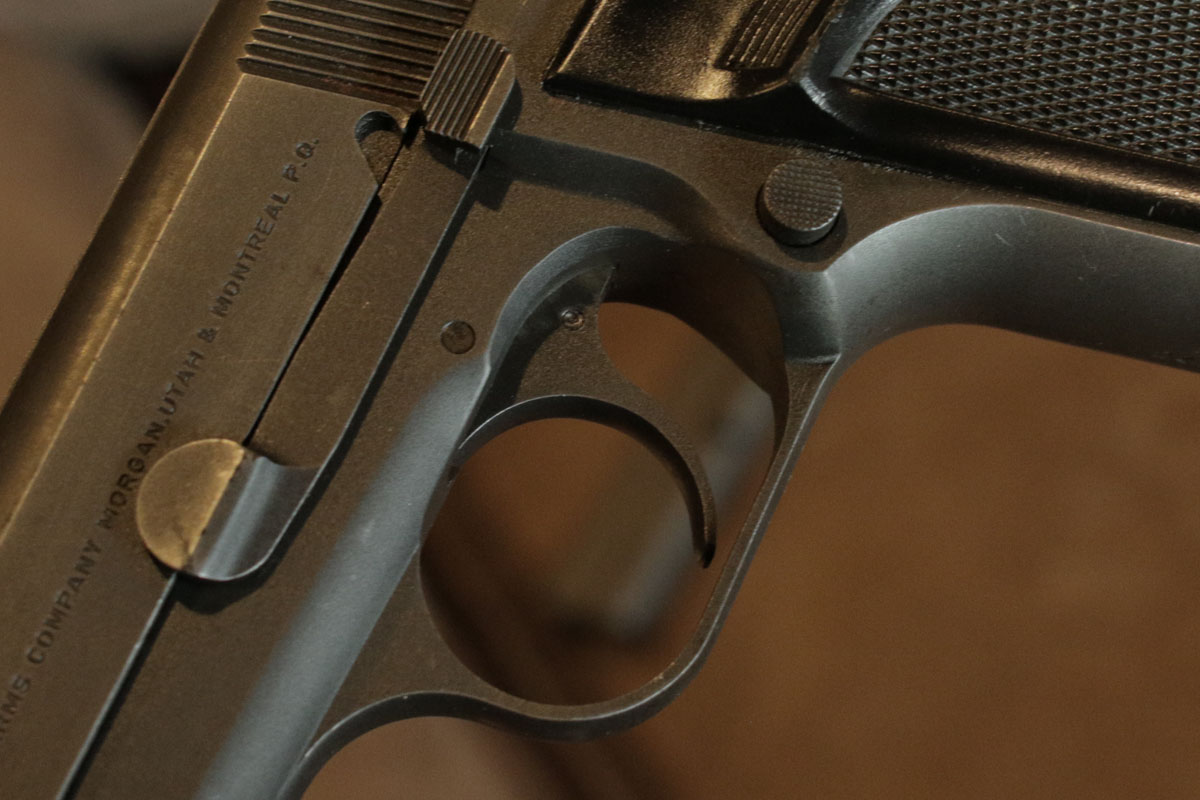 The Browning Hi-Power is one of the best combat pistols every made. John Browning started the design in 1923 in response to the French Military’s search for a new pistol. This new pistol had to circumvent the patents on the 1911, which Browning had sold to Colt. This first attempt had a 16 round double stack magazine, pivoting trigger, and was striker fired. Yes, striker fired. Although the final design was not striker fired, it is from this early prototype that the Hi-Power was developed.

John Browning died in 1926 before the completion of the Hi-Power. One of his colleagues at FN, Dieudonné Saive, finished what Browning had started–and it kept the increased magazine capacity. Following the expiration of patents on the 1911 in 1928, Saive was able to use some of these design features on the new pistol. As the French testing for their new pistol dragged on, what was to become the Hi-Power slowly began to take shape. By 1935 the final, well mostly final, design was arrived at. Just in time for the French to go with a different design. 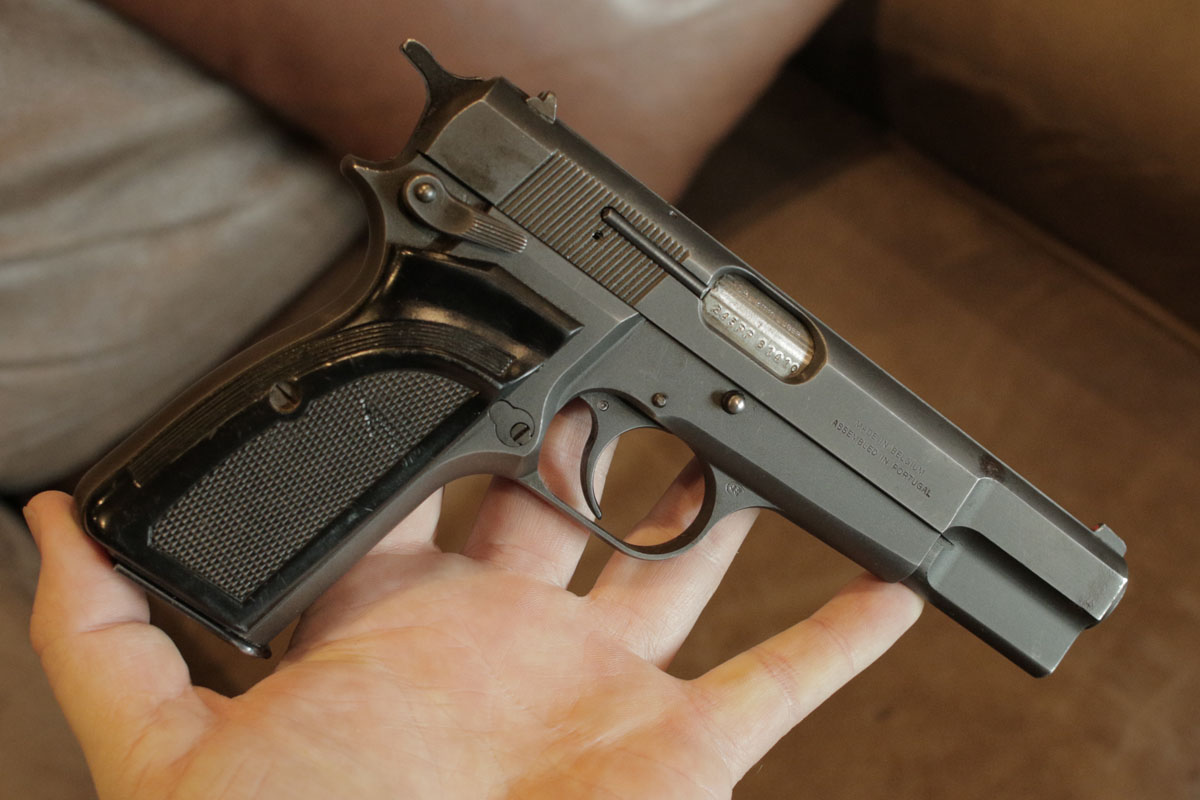 The Hi-Power. Is it as handsome a gun as the older Browning .45 ACP?

The Browning Hi-Power is one of, if not the, most comfortable pistols I have ever fired. It just fits in your hand. The pistol is light, points like an extension of your arm and has very mild recoil. If you have never held a Hi-Power I challenge you to do so. And if you have never fired one, you owe it to yourself to do so.

Being dumped by the French could have been the kiss of death for the Hi-Power, but it wasn’t. The Belgium military picked it up and soon many other countries followed suit. From 1935 until 2018 the Browning Hi-Power, in various forms, has been in production. 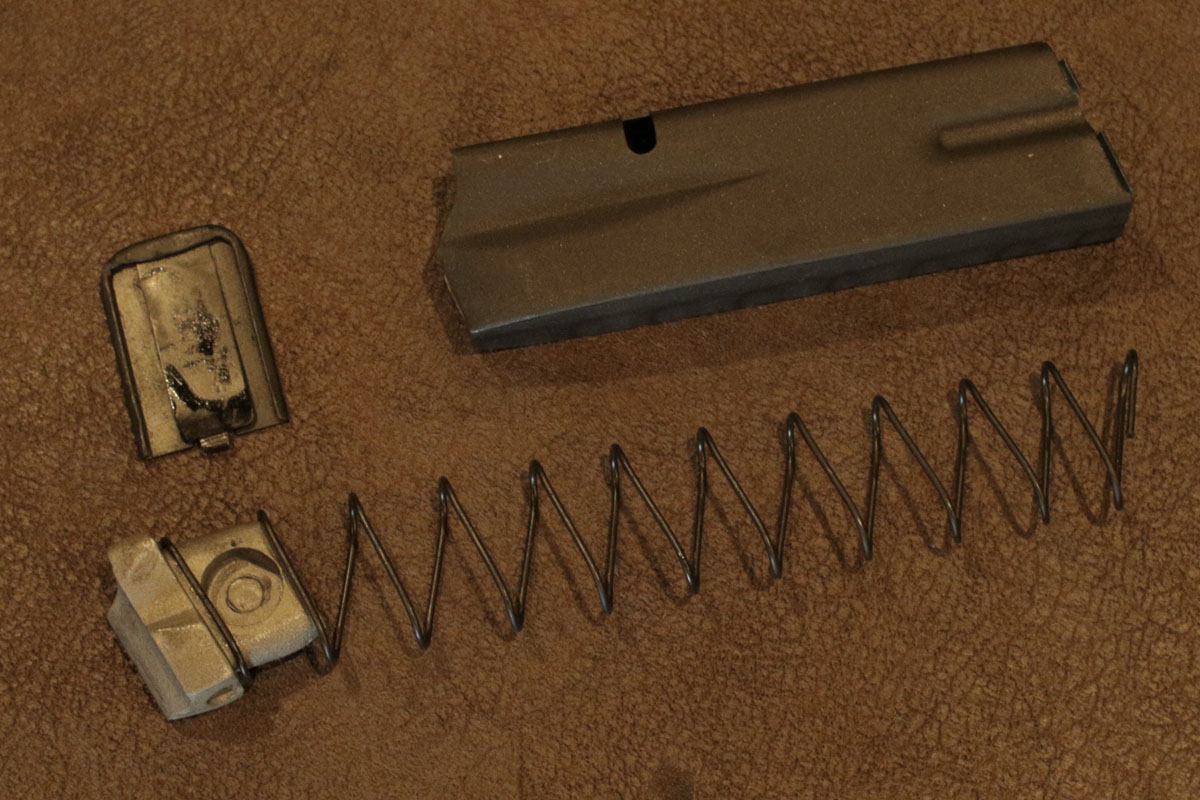 We have some of these amazing mags in stock.

For those of you who are lucky enough to own one, don’t miss out on this deal. We have a limited supply of new old stock Hi-Power mags made for the British Army. These are 100% new, built like tanks, and moving fast.