Brace Yourself, The ATF Reverses Their Decision About Pistol Braces 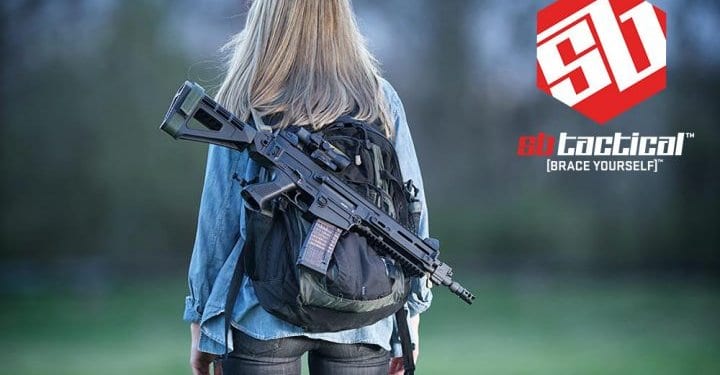 SB Tactical just released a Press Release about the ATF sending them a letter from the ATF.

Saint Petersburg, Fla. (April, 25, 2017) – SB Tactical, inventors and manufacturers of the Pistol Stabilizing Brace, is excited to announce that the Bureau of Alcohol, Tobacco, Firearms, and Explosives (BATFE) has issued SB Tactical a reversal letter containing a sensible clarification of the Bureau’s position on the lawful use of SB Tactical braces.

The new clarification of opinion letter states, “an NFA firearm has not necessarily been made when the device is not reconfigured for use as a shoulder stock – even if the attached firearm happens to be fired from the shoulder. To the extent that the January 2015 Open Letter implied or has been construed to hold that incidental, sporadic, or situational “use” of an arm-brace (in its original approved configuration) equipped firearm from a firing position at or near the shoulder was sufficient to constitute “redesign,” such interpretations are incorrect and not consistent with ATF’s interpretation of the statute or the manner in which it has historically been enforced.”

SB Tactical, along with the law offices of Mark Barnes & Associates, have worked tirelessly for more than two years to correct what they believed to be an inaccurate interpretation of “redesign,” related to the Pistol Stabilizing Brace. “It has always been our belief that the addition of our Pistol Stabilizing Brace benefits shooters, both disabled and able-bodied, and that neither strapping it to your arm nor shouldering a brace equipped pistol would constitute ‘redesign’ of a pistol to a NFA firearm”, said Alex Bosco, inventor, founder and CEO of SB Tactical. “We are strongly encouraged by the ATF’s reversal of opinion and commend their willingness to continually review policy, including their own opinions, to ensure public safety and the fulfillment of their mission.”

Both SB Tactical and Mark Barnes & Associates are proud to be at the forefront of protecting and preserving the Second Amendment rights of law-abiding Americans. Mark Barnes echoed Bosco’s praise of the ATF’s new guidance and stated that “it’s clear that the Bureau has no intention or desire to prosecute law abiding citizens using SB Tactical Pistol Stabilizing Braces. Their decision to act should be commended.

The letter clarifies the 2015 Open Letter. Back in Jan 2015, the ATF determined that shouldering a pistol brace redesigns the brace as a stock and so everyone thought it was illegal to shoulder a pistol brace. This new letter clarifies that and says that misusing the brace does not constitute redesign. However, if you alter the brace and undermine its ability to be used as a brace then you are making an NFA item. They also mention affixing the brace at the end of a buffer tube where it would create such a length that it would no longer serve as a brace but could only be used as a stock.

What this means is if you have a pistol with an SB Tactical brace, leave it alone and you can shoulder it. If you have anything else, you might not want to shoulder it.