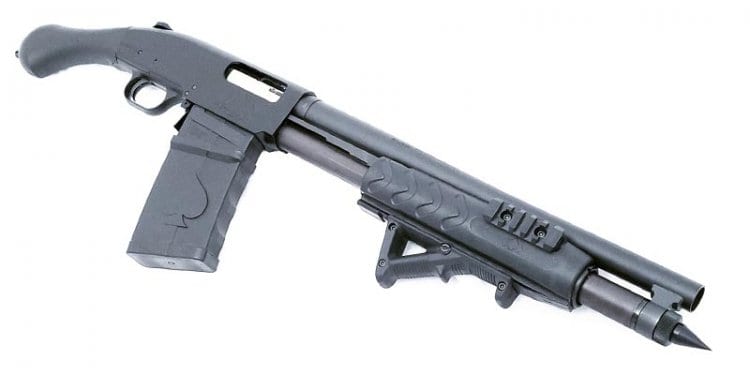 Black Aces Tactical (BAT) is one of those niche market companies that is helping to drive the gun industry forward. While most manufacturers during the past few years were concerned with pumping out as many AR-style rifles as they could, BAT was thumbing its nose at the laws restricting the rights of law abiding citizens to own firearms with “short” barrels.

Thinking outside of the standard box, Black Aces Tactical has been manufacturing smooth bore firearms that fit neither the shotgun nor handgun definitions in federal law. The end result is a smooth bore weapon that fires traditional shotgun shells with a barrel length of less than 18” that can be transferred through any FFL without additional taxation from the BATFE. 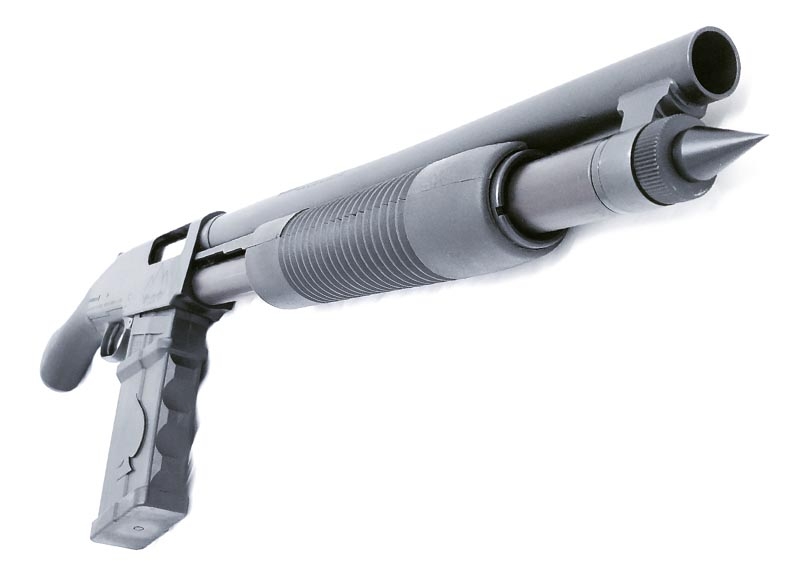 In recent months, the seemingly monolithic gun industry took note and began to go after this market segment as well. Mossberg introduced its Shockwave guns while Remington now offers the Model 870 TAC-14. The concepts are similar to, though tamer imitations of, the Black Aces Tactical offerings.

The latest BAT gun to be announced is the Shockwave Magazine Fed 12 gauge. While the other BAT guns were fed through a tubular magazine, this model gobbles ammo from 5-round box magazines that feed from the underside of the gun. BAT does provide two 5-round shotgun magazines with the gun at sale.

Base model guns have 17-4 stainless steel firing pins and 4140 steel bolts and slides that are nickel plated for lubricity and corrosion resistance. The gripping hand holds the Shockwave grip while the support hand hangs on to the traditional corncob foreend made by Mossberg. The overall length of these guns is 27.5” with a 14” barrel.

Fans of fun may also like the Black Aces Tactical magazine spike that is included standard on this gun. This spike replaces the standard cap on what would be the tubular magazine. In this base configuration with a black finish, the gun has a suggested retail price of $499.

BAT offers an upgrade that includes a tri-rail foreend with a mounted Magpul AFG. A gun with this package is a bit more with a MSRP of $663. Additionally, the company offers a variety of color options including royal blue, crimson red, olive drab green, burnt bronze and more.