Pocket 380 pistols have been popular for a long time. Their popularity makes sense as the guns can typically be carried when larger handguns are too bulky, yet the guns are chambered in a respectable caliber. With modern ammunition, some are comfortable in saying the .380 approaches the effectiveness of the 9mm.

Smith & Wesson launched its line of Bodyguard 380 pistols at the 2010 SHOT Show in Las Vegas. This gun was a bit of an eye-catcher since a red aiming laser was an integral part of the gun’s body. The guns proved to be quite popular. Since that initial launch, several changes have been made to the line to broaden its appeal.

Currently, Smith & Wesson offers six different models of Bodyguard 380. These include models both with and without internal lasers and models with and without external safety levers. One model is a special edition engraved model with a polished stainless slide. If you are interested in these pistols, there is a good chance that S&W offers one that will fit your needs. 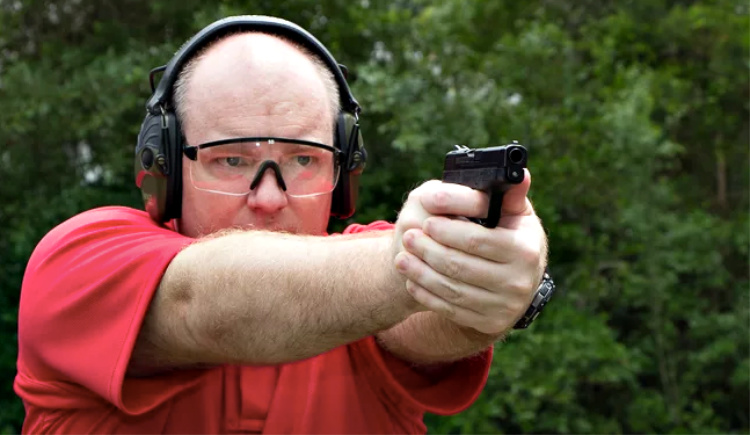 All of the Bodyguard pistols are affordable and compact, making them appealing to many people needing a personal protection tool. The guns are also fairly light – coming in around 12 ounces when unloaded. I’ve found that the Bodyguard 380 is an easy gun to carry concealed. While it is a little larger than the Ruger LCP, it can still be used for pocket carry. I prefer to carry it in an inside-the-waistband holster, but it can also serve very well riding in an ankle rig.

If the guns have a significant drawback, it is in the trigger pull. The pull is relatively long, though not heavy. Some people will not like this, while others specifically look for a long pull in a self-defense handgun. It is all a matter of preference. While I prefer a shorter trigger stroke, the BG380 can be mastered with a little practice.

As mentioned previously, some of the guns ship with an external safety lever. In my own testing, I found the lever on the small size making it a bit more difficult to de-activate under stress. With the long double-action trigger, I never felt the need to use the safety. Of course, there are many people who feel the lever offers a measurable degree of benefit, and there is nothing wrong with that. Again, it is a matter of preference. Whichever you choose, just make sure you practice with it so you can use the safely use the gun if a lethal threat ever presents itself.

If you decide that the Bodyguard meets your needs for a defensive handgun, there are a few things you might want to consider purchasing to go with it. Here are the top four things that I would recommend you consider.

The most common point of failure in a semi-automatic firearm is the feeding device. This is equally true with these pistols. If you begin to encounter reliability problems with your pistol, change to a new magazine and see if the problem disappears. In many cases, it will.

I strongly encourage buying at least four additional Smith & Wesson Bodyguard 380 magazines to use with your new pistol. Ensure that two are reliable and keep those as your carry mags. The rest can be used for training where you are not worried about them getting dinged up. Just be sure to mark the magazines in some way so you know which is which. A small dab of fingernail polish on the magazine floor plate is one way of marking them. 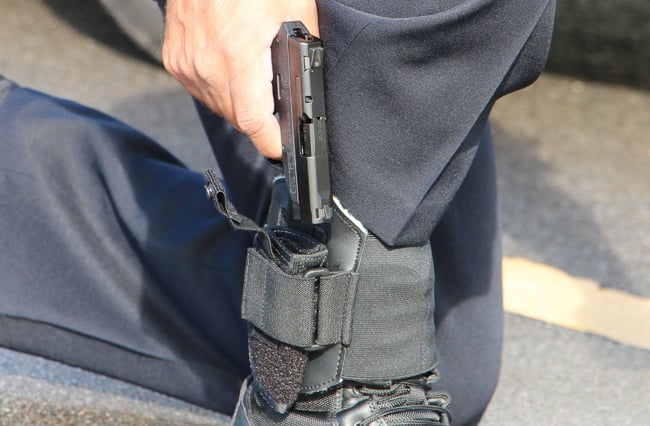 This should be obvious, but it is still worth saying: a good carry rig can ensure both your safety and comfort when carrying the Bodyguard. Where you like to carry will greatly impact what kind of holster you might select. If you find yourself in need of help in selecting a good rig, check out this comprehensive list of Bodyguard 380 holsters. There are a wide range of holsters out there, and this list helps to sort through them all.

It might sound silly suggesting a laser for a gun that was originally designed to have one built in. As I mentioned above, current Bodyguard pistols can come without lasers. If you buy one and later decide you’d like to add a supplemental aiming tool, Crimson Trace has you covered with options for both red and green lasers. For my money, the green laser is the better choice as it is more visible in daylight conditions. The red is slightly cheaper and will last longer on a single set of batteries, however.

If you know you want a green laser before you buy your gun, Smith & Wesson offers a Bodyguard with a Crimson Trace green laser. This is the same laser you can buy separately and not one of the internal lasers. I’ve tested this same laser on two other compact pistols and like it a lot. If I was buying a new Bodyguard 380 today, this is the model I would pick up.

You should have the cleaning tools appropriate for any gun you carry. However, I have found that the BG380 has a tendency to attract a bit more grime than some of the other pistols I have carried. I’m not sure why that is, but I suspect it has something to do with the additional cracks and crevices associated with being a hammer-fired gun. That said, I’ve always felt compelled to clean this gun more often than some of my others.

Make Use of the Bore Snake

A bore snake is one of the greatest firearms inventions. Seriously. This is a long, thick material that is not unlike a really fat shoelace. It has a bronze bore brush built into it and a heavy metal tab on the leading edge. To use it, you add some gun oil and then drop the metal tab through the gun’s bore from the chamber end. All you have to do then is pull the snake through. I find that 90% of the bore fouling is gone after the first pass. A second pass gets almost everything remaining. It makes short work of cleaning the gun.

The Rare Breed FRT-15 Trigger: What is It and How Does it Work?