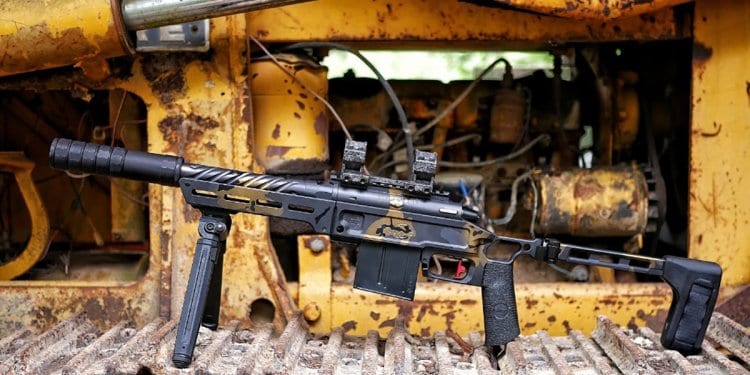 Black Collar Arms has advised they’re bringing out a series of forged carbon fiber components. Beginning with scope rings in 30mm and 34mm diameter, the new components will be manufactured with the same material originally developed by Lamborghini and Calloway. It’s reportedly stronger than titanium with just one third the weight.  The new weapon accouterments will be built in partnership with Oklahoma-based McVick Manufacturing and will no doubt be of great interest to precision shooting types.

Black Collar Arms says the new scope mounts have many physical advantages over aluminum mounts. They reportedly weigh in at a “…scant 5.2 ounces, these forged carbon fiber scope mounts are as stiff and rigid as if they were machined from steel…with just 1/6th the thermal expansion of aluminum.” 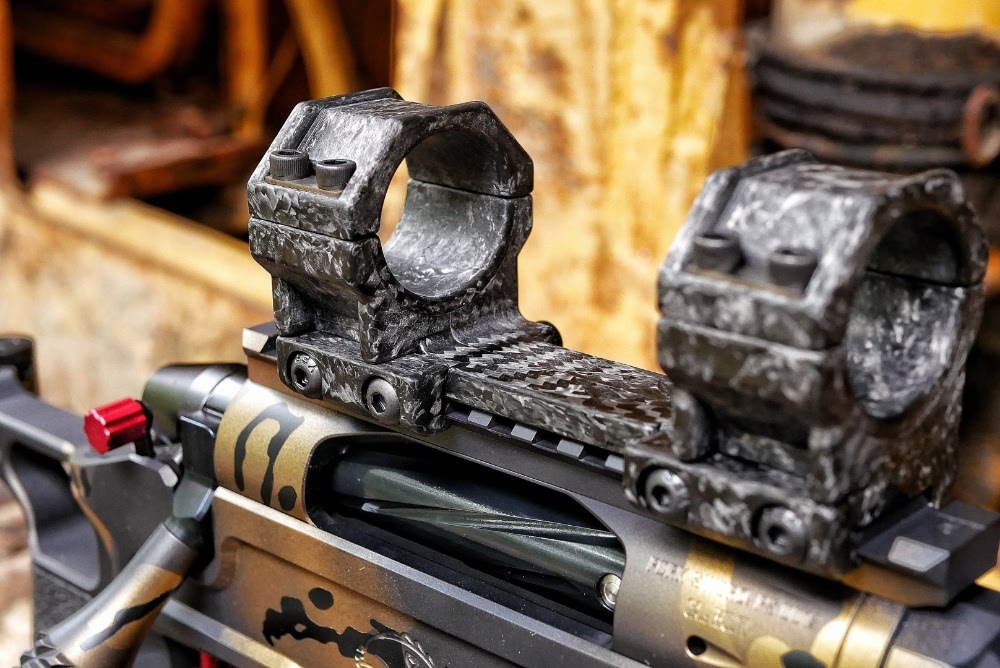 They further advise that the new rings present a 30mm distance from the top of a Picatinny rail to the centerline of an optic. According to their release, this is tall enough to just clear most 50mm objective lens scopes on a full-length rail (their emphasis). 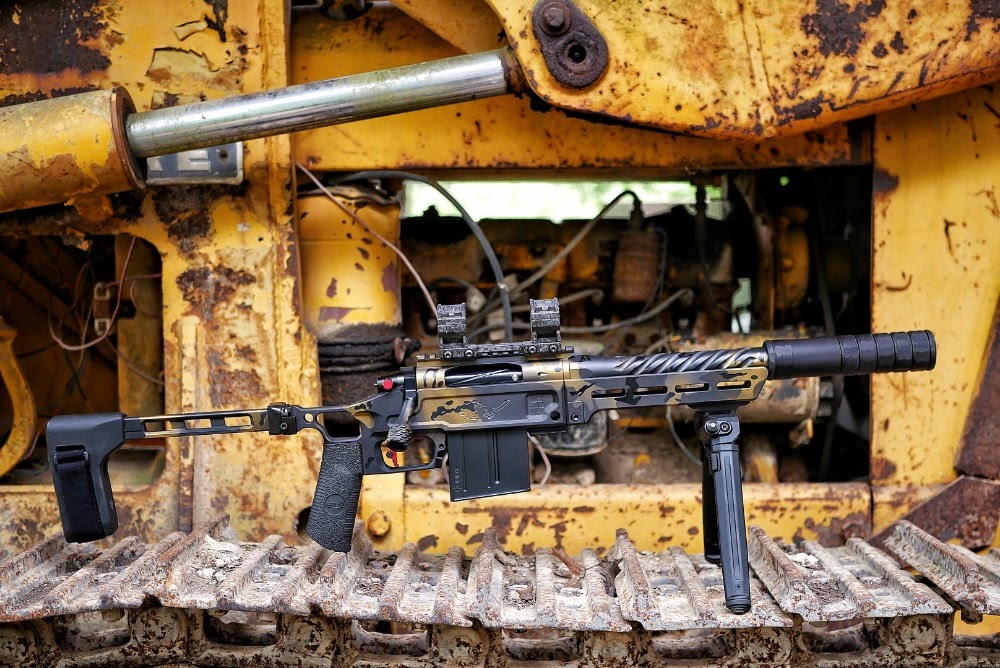 The upcoming one-piece scope mounts will not only be the first of a line of forged carbon fiber optic mounting solutions but in a series of AR15 parts and other weapon components and accessories.

“Quality is extremely high, but current production capacity is low. Mount availability will be rather limited with small batches arriving at Black Collar weekly while we gradually invest in increasing capacity.” 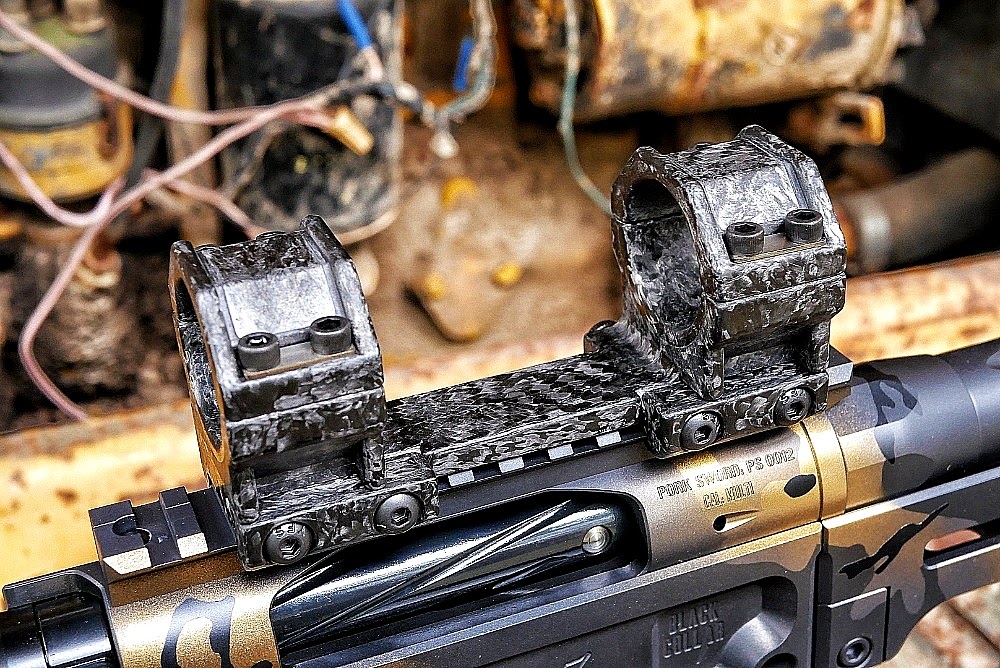 Learn more on the Black Collar Arms website (@blackcollararms) and/or at McVick’s site (@m.cvick). Delta Engraving is online at deltaengraving.com. 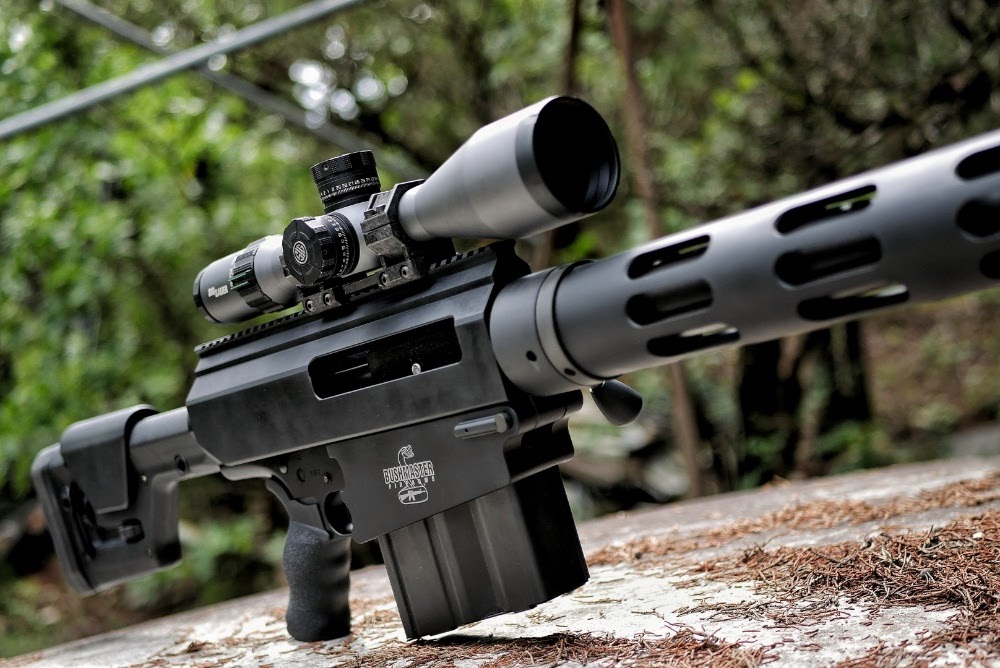 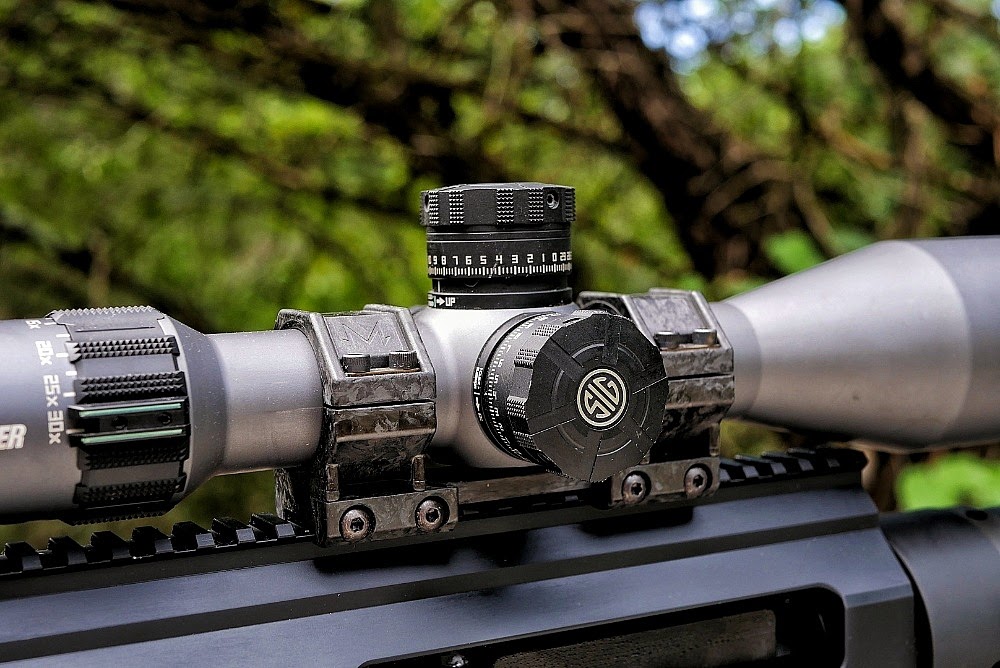