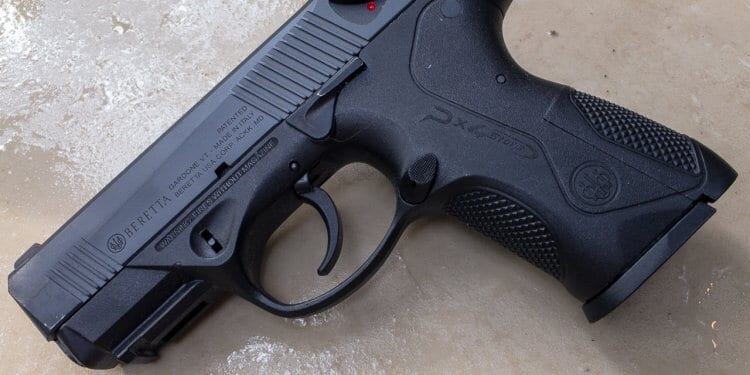 The Beretta PX4 pistol isn’t new. It’s probably been around since before Justin Bieber started making YouTube videos. I bought a full-size model years ago chambered in .40 S&W and have always had fun with it. It’s reliable, accurate, and easy to shoot well due to great grip ergonomics.

New(er) in the PX4 lineup is the Compact Carry model. Produced with major design input from pistol trainer and competitive shooter Ernest Langdon, the Compact Carry is tweaked and customized specifically for, you guessed it, concealed carry and personal defense. 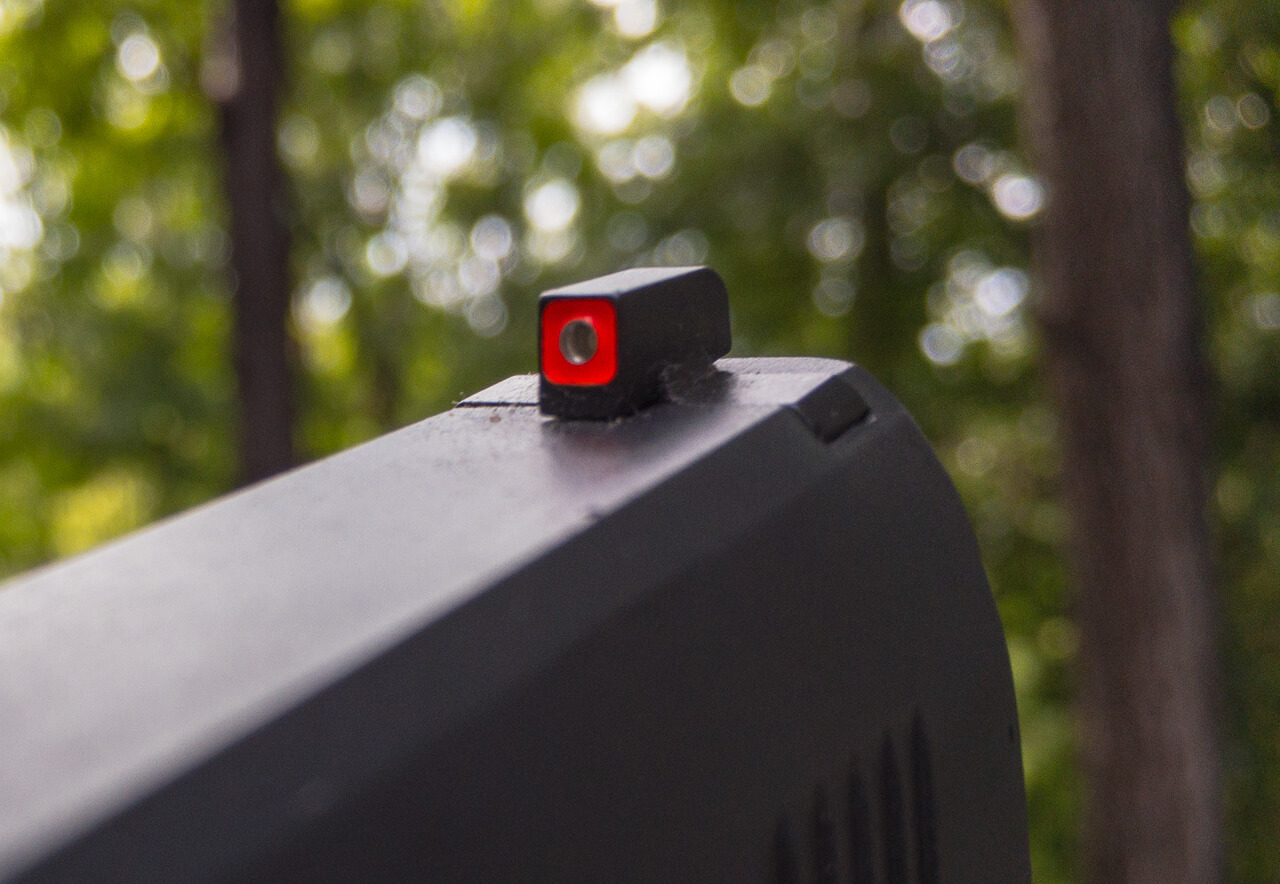 The sights are fantastic. This share of orange with the Tritium lamp is among the most visible sights I’ve used.

The PX4 Compact Carry is perfectly proportioned – the grip isn’t a hair taller than required to get a proper and full hold, yet still packs 15 rounds in the magazine. The company includes two extra magazines with this particular model.

Ergonomics are all about carry with plenty of attention also paid to ease of shooting. The frame checkering is heavier on the front and back sides of the grip, but the side panels are relatively smooth. If you carry inside the waistband, you’ll really appreciate that little detail. The gray slide complements the black frame nicely and features standard cocking serrations in the back and a smaller version up front. With the beveled design of the slide and rounded profiles on the frame, this gun disappears easily. I’ve been using it with a (slightly modified) CrossBreed SuperTuck Deluxe holster with good success. It conceals well and is easy to draw. 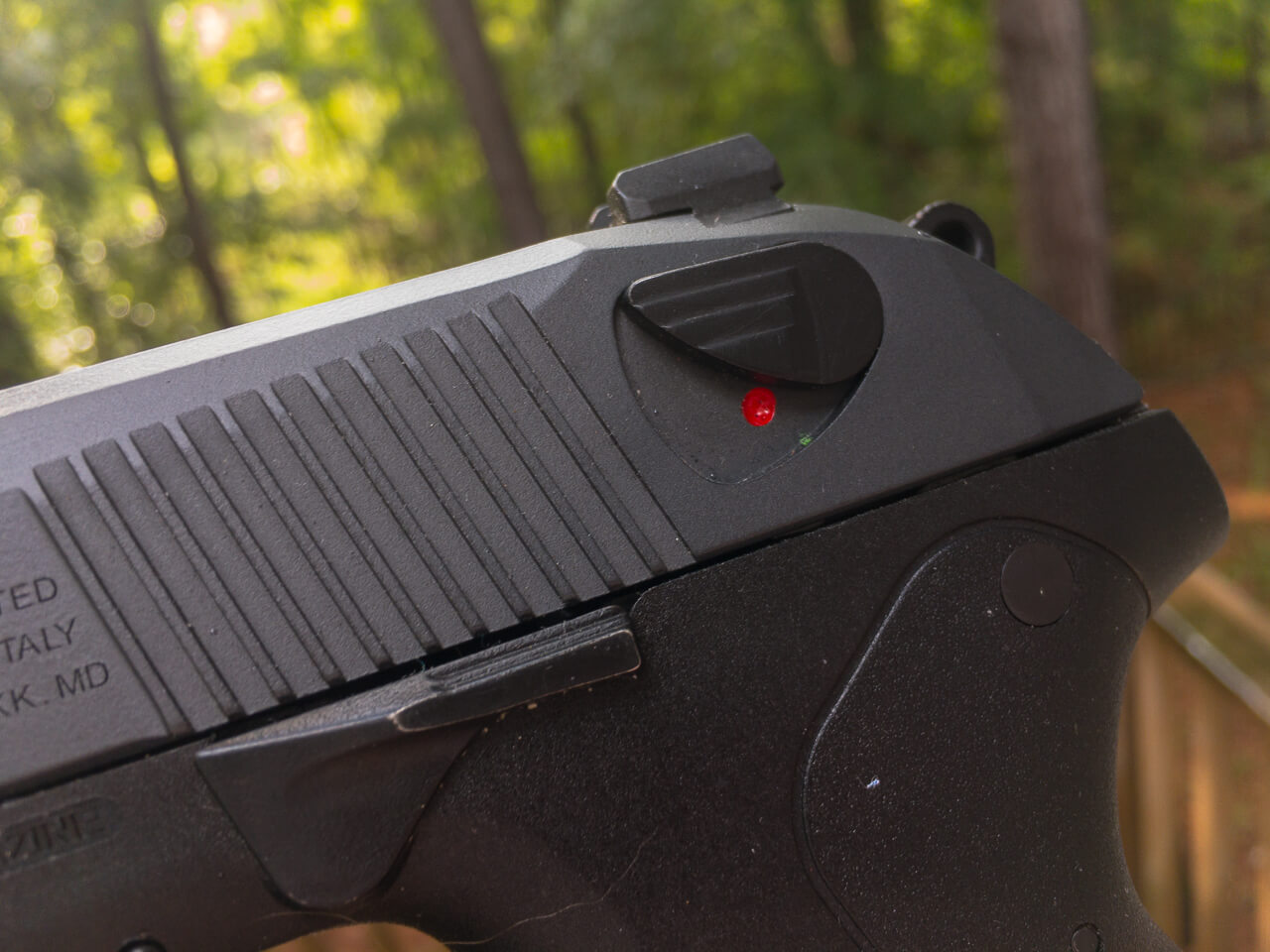 The Compact Carry model uses a “G” de-cocker system. After dropping the hammer, the lever springs back to fire mode.

Earlier I mentioned that it lends itself to easy and accurate shooting. In a quick and dirty test at 15 yards, I fired the following five-shot groups.

While there are a number of small tweaks that make the Compact Carry unique, there are two features that stand out.

First, it uses a “G-type” double-action/single-action system. While the standard PX4 pistols have a slide-mounted lever that serves as a de-cocking lever and trigger disconnect “safety” the Compact Carry one is a decocker only. It’s spring loaded so when you de-cock to safely drop the hammer, the lever springs back into the “up” and ready to fire position. Because they only have administrative use and don’t need fast and sure action as a true safety would, they can be low profile – and they are. That means the ambidextrous decocker levers are basically flat. You have to be deliberate to reach them, but then again, it’s only for de-cocking, which is arguably rarely an action that requires speed. So, the PX4 Compact Carry operates much like a standard Sig Sauer double-action/single-action – just press the trigger to fire. The first pull is heavier at just under ten pounds. Subsequent trigger pulls require a little less than four. 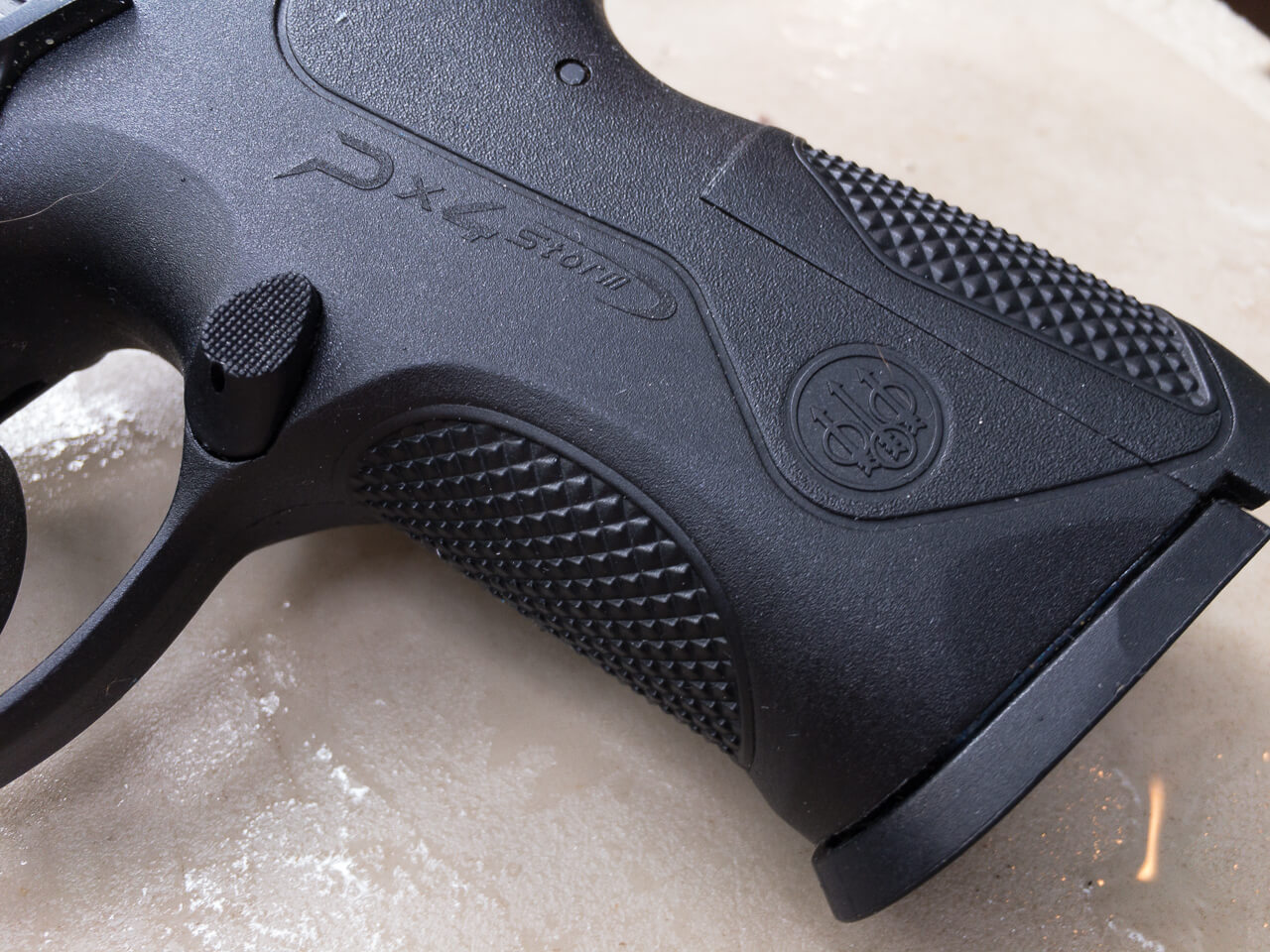 Note the grip patterns. The sides are smoother for more comfortable carry inside the waistband.

The other stand out feature is the sights. The rear sight is black steel with a notch and hard front edge suitable for racking the slide on objects. The front features a large dark orange day glow insert with a Tritium vial in the center. It’s the most visible sight I’ve used in day, dusk, and dark conditions.

The comfort of carry, ease of concealment, capacity of 15+1, and ability to shoot accurately and fast have made this a favorite carry gun around here.