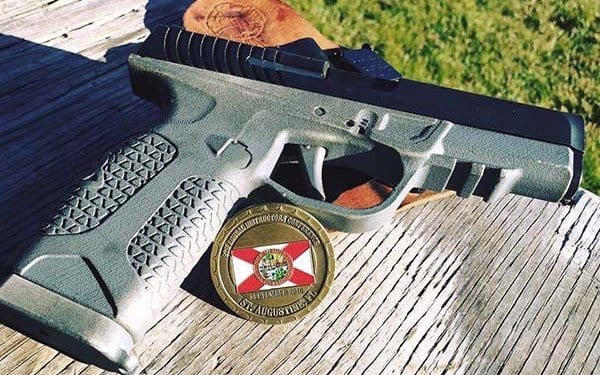 If you are not familiar with the PD10, let me catch you up to speed. Avidity Arms was formed with the initial goal of developing and bringing the PD10 to market. So far, the company seems to be well on its way to achieving this goal and hopes to ship guns in 2017.

The new PD10 pistol is designed for one purpose: self-defense.

All of the pistol’s features aim to further that purpose, and Pincus laid out the original design parameters with this in mind. The gun is designed with a full-size grip and barrel, but with a thin frame and slide. 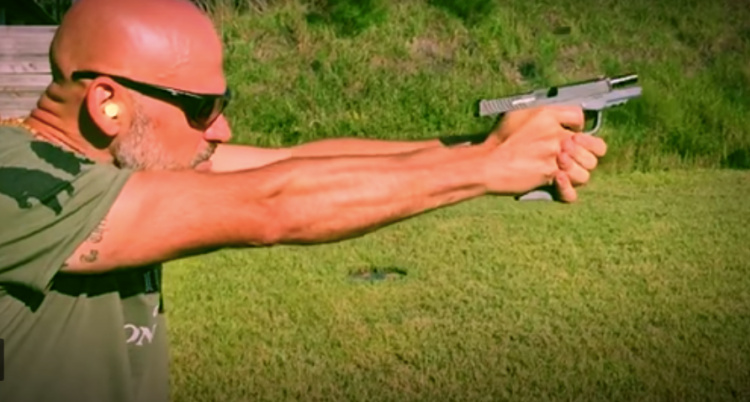 As I understand it, the gun is meant to be large enough to fight efficiently with, but slender enough to conceal effectively.

To keep things as thin as reasonably possible, the PD10 is built around a 10-round, single stack 9mm 1911 magazine. A proven design, this type of magazine is already available on the market, which offered two benefits: (1) the company did not need to spend engineering time developing a proprietary magazine and (2) consumers have ready access to spare magazines from a variety of manufacturers.

Additional features of the PD10 include:

I had a chance to see one of the first PD10 prototypes at a National Association of Sporting Goods Wholesalers show in 2014. Although it was a very rough prototype, I could immediately tell I liked the general concept. The gun was large enough to fill my hand but thin enough to be relatively easy to conceal. I’m sure both companies will cringe when I say this, but it felt like my idea of a single stack Glock 19. For me, that feeling was a good one.

If you like the concept of the PD10, but think the grip is too long for your needs, it sounds like the company is also developing a six-round model. I don’t have any information I can share about this model (yet), but I suspect that the full-size barrel and chopped frame combination could be quite popular with many people.

The target price on this pistol is $499. While there are other very good defensive handguns around this general price point, keep in mind that this one has upgraded sights and uses magazines that are already in common circulation. I think this gun bears watching.