The following opinion comes from Mr. Jay Jacobson of Franklin Armory. It is repeated in its entirety here.

Martin Luther King, Jr. once said, “There comes a time when one must take a position that is neither safe nor politic nor popular, but he must take it because his conscience tells him it is right.”

With this in mind, I cannot stand aside and watch what is happening to our society without giving voice.

The Federal Government increased our National Debt by at least another $2 trillion dollars in March.3 The U.S. Gross Domestic Product shrank 5.0% last quarter.4 Unemployment went from under 4% in February to over 13% in May.5 Currently, there are 21,000,000 people unemployed. And even today, many states still have COVID-19 closure orders preventing the bourgeoisie (to borrow a Marxist term) from fully returning to work.

In my lifetime, I have not observed my country in such a fragile condition exposed to threats both internal and external. Destructive rioting has demonstrated what happens when the police cannot respond. The looting and destruction of businesses have produced a further drag on our economy that has yet to be quantified. How many more people will be unemployed simply because the business they would have returned to has now been vandalized beyond recognition? In the midst of this destruction, there is now a call for a permanent injunction against law and order as the chants, slogans and calls ring out for “Defund the Police!” One has to ask why? What is the end goal?

No one with a conscience can watch the murder of Mr. George Floyd without noting the callous depravity of now-former Officer Derek Chauvin. The country is united in this opinion. Yet, suddenly we will find ourselves in a world that appears antithetical unto itself. By calling for the abolition of the police, some believe their community will be safer. There are unintended consequences of heading down a path that will lead to disparity, depression, and chaos.

Recently a Minneapolis City Council Representative, Lisa Bender, was quoted as saying that the mere act of calling the police “comes from a place of privilege.” This is true. It is, however, an American privilege where we are all equally protected by the Constitution. She went on to say, “For those of us for whom the system is working, I think we need to step back and imagine what it would feel like to already live in the reality where calling the police may mean more harm is done.”6 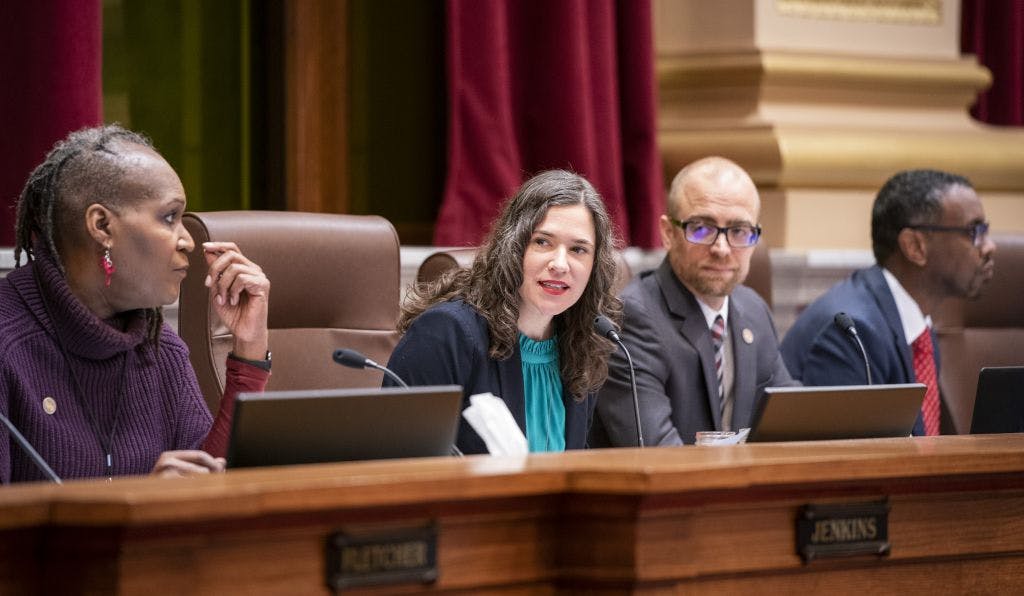 Ms. Bender clearly demonstrates that collectivism brings humanity to the lowest common denominator. By defunding or abolishing complete agencies, she is advocating wholesale anarchy. Has she never read Animal Farm or Lord of the Flies?

If we defund the police, then anarchists will continue to loot. If more businesses are looted and destroyed, then our economy will be further destabilized. If our economy becomes unstable, then investment will seek safe havens outside of the United States. If U.S. investment should decline, then unemployment will surely increase. If more unemployed Americans are forced to become dependent upon government sustenance, then they will vote for those that will guarantee a meager stipend over an alternative that will only provide an opportunity for success. In short, we will cease to be a free-market economy, and the United States will cease to exist as we know it.

Certainly, if this modern movement were to succeed, the police would not be abolished. A new force not bound by the rule of law would simply replace the traditional police. We have already witnessed this phenomenon in the “Capitol Hill Autonomous Zone.”

How is this justice?

By claiming “All lives matter,” one is labeled as a bigot. In truth, for all lives to matter, black lives must matter too. In Luke 10:27, Jesus made it very clear that we are all commanded to “Love thy neighbor as thyself.” And later in that same chapter, he gave us the Parable of the Good Samaritan as an example of who our neighbor is. Employing that parable today, we all should be committed to look past the superficial differences and serve one another.

It was Martin Luther King, Jr. who said, “Injustice anywhere is a threat to justice everywhere.” Let us find solace in the knowledge that Derek Chauvin has been fired, arrested, and indicted for the murder of George Floyd. Chauvin will ultimately be judged by a jury of his peers. The voices of peaceful resistance have been heard. Justice will be served.

The reader might be wondering why a simple gun manufacturer would ever feel compelled to say anything about a complex public policy matter. John Hancock was a merchant (including a firearms merchant) that realized, as the rule of law was deposed, our society was set to devolve into further tyranny. John Hancock’s prominent signature on the Declaration of Independence was clearly a risky move that could have led to his arrest and probable execution. Like him, we all should speak out before groups like Antifa take our country to a tipping point. Political correctness, and now brute force, are being employed to stifle reason and speech.

I urge the silent majority to make your voice heard. Stand up for justice and for the preservation of our communities, our constitution, and our country. And in case there was any doubt, let me say that I support the rule of law and every law enforcement officer and agency that maintains their oath to equally protect and defend the Constitution.

Featured image: BROOKLYN, NEW YORK, UNITED STATES – 2020/06/01: A participant holding a Defund Police sign at the protest. Hundreds of protesters gathered flooded the streets of Crown Heights in Brooklyn to demand the defunding of the police force and to demonstrate against police brutality in the wake of George Floyd’s death by Officer Derek Chauvin who kept his knee on Floyd’s neck for more than 8 1/2 minutes, including 2 1/2 minutes after Floyd became unresponsive. (Photo by Erik McGregor/LightRocket via Getty Images)