I’ve been in and around the firearms industry for almost 15 years now and had yet to build my own rifle. I know, to most it seems like a rite of passage to do it, but considering I basically fell into the industry by accident, I didn’t really have any great burning desire to build one. A few friends and colleagues have explained the intricacies to me in great detail over the years, only for me to forget them nearly as soon as I learned it. In short, it was more of a novelty for me. I’d tell people I was thinking about doing a .308 AR10 build and have gathered a few pieces and parts over the years but they just sat in a tub waiting for the right moment to get put together.

I got lucky a few years ago and acquired a billeted receiver set and that jumpstarted my excitement to actually start my build. But then life happened and it didn’t.

As luck would have it, quarantine came along with Hunter’s Ed and the desire to harvest my own meat. Enter the receiver set. Like with most things I have, I like them to do double duty whenever possible, so I wanted a rifle that I could use hunting or just target shooting. I obviously needed something that had enough power to take down large game, but not too much for me to pack around and easy enough for my 10-year old daughter to shoot.

So, I went through my hoarded .308 parts and the family’s stash of firearms parts and came up with most everything that I needed, save a few parts I had to purchase. I’m pretty satisfied with what we came up with.

The thing that many people may or may not know is that there is no mil-spec for .308 rifles, unlike the 223 rifle platform. Even to the point that there are a few major designs that things are based off of — DPMS style or the Armalite style for example. So when it comes to finding parts to use, you also have to take that info into account. Or you can make do with custom fittings (i.e., hammering a handrail into place, I’ll explain later). I could have just gone out and bought a complete rifle, but I ended up learning way more about the rifle and the functions when I did the AR10 build. 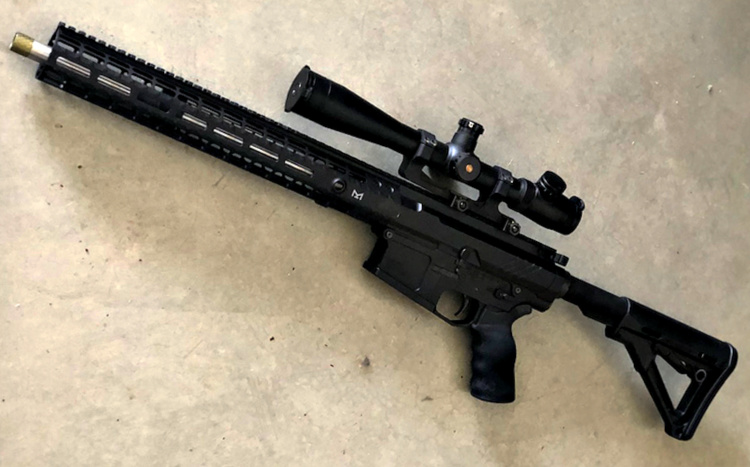 I was happy to acquire a billeted Grey Ghost Precision receiver set for my AR10 build. 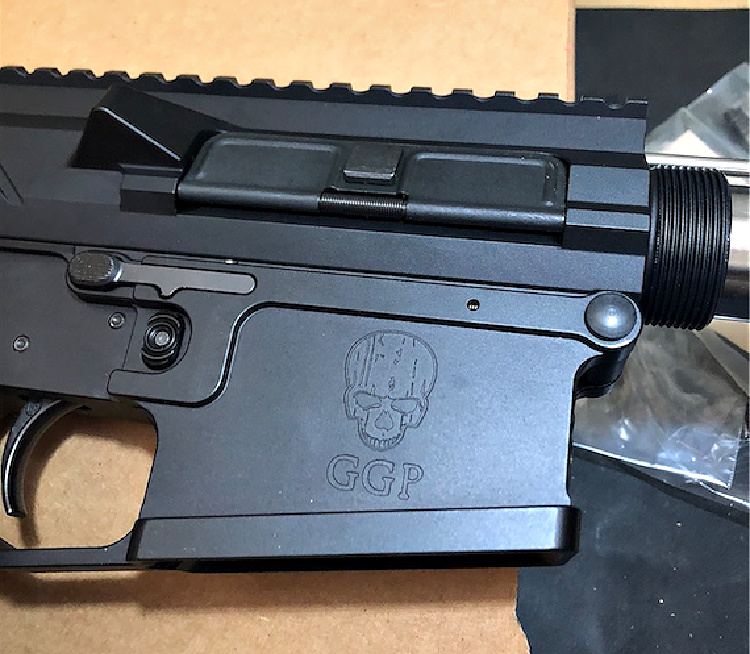 This set is really nice in that the tolerances are way tight and its a really a great platform, honestly. I had most of the parts for the lower already, including an extra Geissele trigger, Magpul CTR stock, bolt and mag releases, and an Ergo grip. The only real struggle with the lower was ensuring the springs for retention didn’t get launched across the room during installation.

The upper went together about as easy as the lower. We did have to order parts for the upper like the handrail, buffer and spring, and bolt carrier group, but all showed up relatively quickly.

The only real hang-up with the upper was getting the handrail installed. With the Grey Ghost upper, the ejection port for the brass has an extra-long hump (for lack of a better word) on the forward end of it that we didn’t realize was there until installing the handrail. The handrail was catching up on that spot and wouldn’t seat properly. With some minor adjustments, thanks to a gunsmithing hammer, it seated down nicely.

I was pretty excited to take it out to the range, get the barrel broke in, and make sure the rifle actually functioned correctly. I got the rifle out, attached the suppressor, and started the break-in cycle.

Everything went well until four rounds before the end of the break-in cycle. The bolt release sheared off and that ended the test.

When we gathered some of the brass we saw some weird markings on the back along with some blown primers. After discussing it, we figured the rifle was seriously over-gassed and we needed to remedy that. We could have removed the suppressor and shot it without it, but considering the rifle will be shot suppressed about 99.9% of its life, it was important to test the rifle with the suppressor attached.

So I ended up, obviously, replacing the bolt release with a beefier .308 release. Then we upped the weight of the buffer spring in the hopes it would compensate for the extra gas. We also added an adjustable gas block, which still needs to be tested out. That will happen soon.

Opinions are like assholes and everyone has one. Many people will tell me that I should have put in “X” part instead of what I chose. But you know what? My AR10 build has things I already had or could come by without much hassle or delay. And with life in the land of a pandemic quarantine, you take what you can get. If down the line we want to switch things up, I can (and probably will) upgrade later. Overall, I’m really happy with the outcome as I learned a ton and had a good experience. 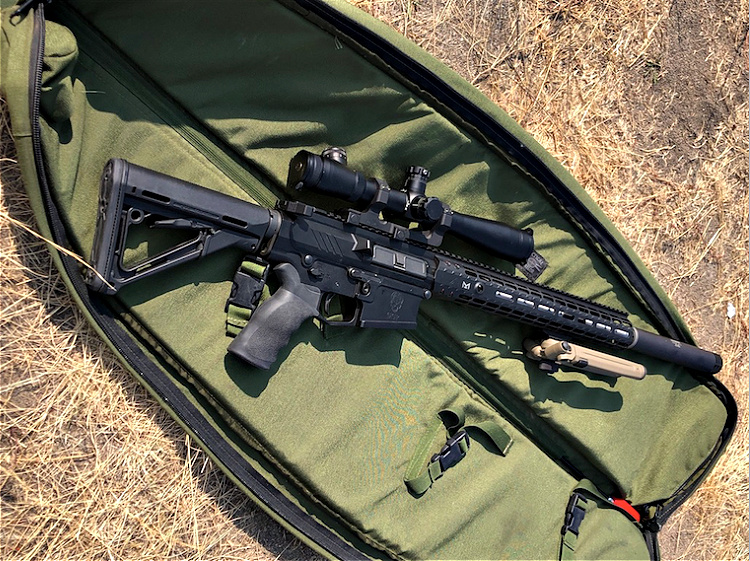