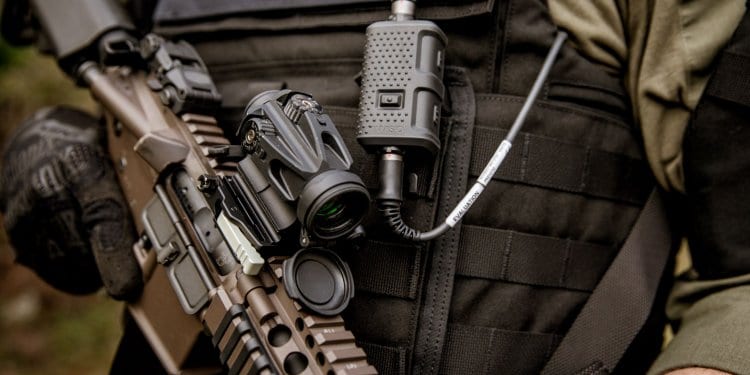 Aimpoint recently announced the worldwide sale of the new CompM5b. The “Five Bravo” is the newest optic in the Aimpoint CompM5 lineup. It’s “golden feature” (so to speak) is ballistic compensation with interchangeable turrets. This allows users to quickly adjust the “dot” based on wind or distance. 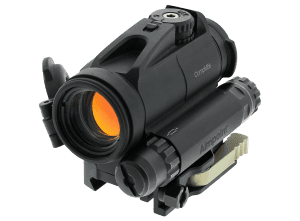 The Aimpoint CompM5b; the latest in the CompM5 series.

“The CompM5b comes with interchangeable turrets that adjust the point of aim for different calibers of ammunition. While shooting, the user can switch between longer and shorter distances without having to compensate ballistic drop or re-zero the sight. Wind compensation can be adjusted on 3 levels – mild, moderate, and severe. Adjustment turrets are customizable to meet specific customer requirements and ballistic profiles.”

Top and side view of the turrets, Aimpoint CompM5 (b)

The CompM5b also now uses a single AAA battery. AAA’s are readily available and should allow for extremely long run time. We’re told the Aimpoint CompM5b boasts over 5 years of continuous use on it’s brightest setting, and over 10 years in the lower-powered setting. 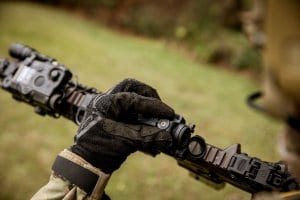 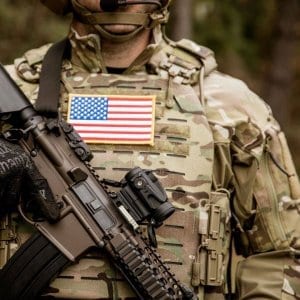 Weighing in at only 6.3 oz, (or 9 oz with the spacer and mount), the CompM5b is also described as featuring “high grade glass” for parallax-free operation and a submersible rating of up to 150 feet.

Notable features provided by the manufacture include:

No price range has been given just yet, but I’m sure that will come with the expected shipping dates that are still TBD.

Keep up to date with Aimpoint here on their website.

Did you know GunMag Warehouse has a badass YouTube channel? Take a minute and check it out.