Adding a Pistol Light too: holsters and other considerations

Skills and Gunhandling, Accessories
By Paul Carlson
8875
1
1 Join the Discussion 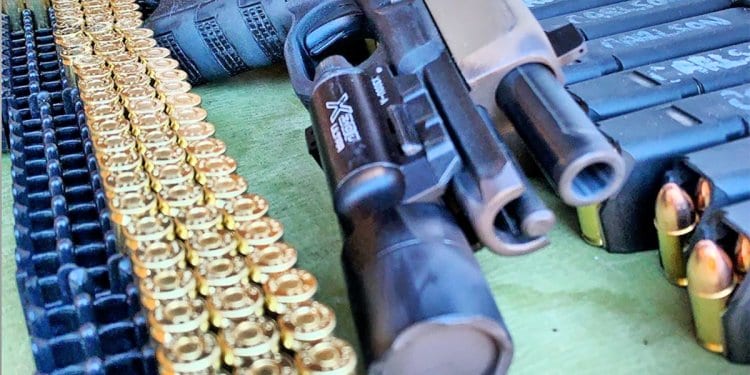 It would seem that the difficulty in adding a pistol light to a defensive handgun might deal with some tools. Maybe a screwdriver or a wrench? That isn’t the case today. Putting a light on a handgun is as simple as depressing a couple of levers and sliding it on the rail, right?

Yes — and no. The fact is, as easy as it is to physically mount a handgun light, there is a whole lot more to any weapon light than just hanging it on the gun.

In the first installment of this post I covered why I decided to add a weapon mounted light and how I selected the brand and model of light. If you haven’t checked it out just follow that link and give it a look.

In this follow up I want to deal specifically with challenges that come after the light is installed. We will be looking at the issue of concealment holsters, training to use a light on a pistol and some cautions regarding weapon mounted lights.

Weapon Lights: Upgrading your holster to accept a WML

The majority of handguns with weapon mounted lights never get put into a concealment holster. Most go into duty holsters on the belts of law enforcement officers. Many are staged in quick access safes for home defense, but in comparison relatively few are carried concealed.

Let’s start with the obvious. Carrying a full size gun is seen as a difficult task for most people. With the right clothing and the right holster it is certainly easier than most think it is, but it can be tough. When we add a WML to the rail of that pistol that is already large, it gets much larger. This can make carrying that gun even more difficult and even more uncomfortable.

I mentioned above that carrying a large gun wasn’t impossible, especially when you find the right holster. Well, adding a light on to your pistol makes finding the right holster an even more difficult task. The good news is that of the many holster manufacturers who make excellent holsters for carrying a full size gun, several also make holsters for carrying full size guns with lights. These holsters incorporate the same design devices as their non-light cousins to aid in concealment and comfort.

My personal carry gear includes products from Dark Star gear. For a handgun without a light I us Dark Star’s Orion. It keeps my full sized Smith tucked in tight. It’s comfortable and concealed.

Dark Star Gear also makes the Rigel. This holster is similar to the Orion but it is designed to fit the SureFire X300U weapon mounted light. Notice I didn’t say it was designed to “…fit the M&P with a light.” The light is what the holster grabs on to for retention. The Rigel was originally designed for a GLOCK, but it accommodates other handguns as well because it is light specific. You can see the complication that can arise there.

The light is what the holster grabs for retention.

Before investing in a holster it makes sense to contact the manufacturer to check compatibility. Holsters serve an important role for comfort and concealment but we can’t forget the role that is played when it comes to safety as well. Throwing a gun, light and holster together and assuming that everything is going to just work out is asking for a negative outcome. 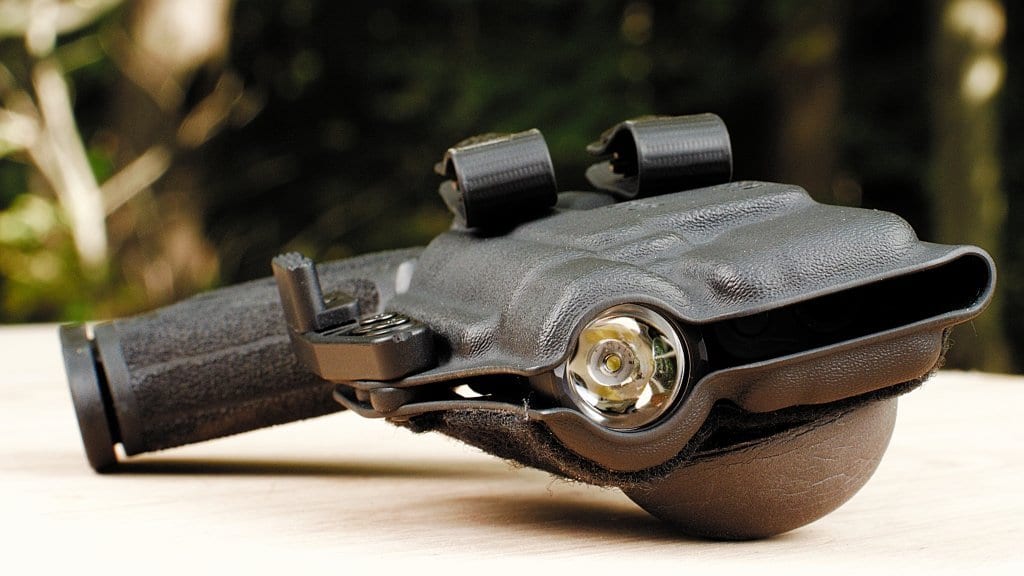 Many holsters are designed to use the light as the point of retention which allows for a greater variety of light/handgun combinations to work with the holster. Always confirm fit before you make a purchase especially of a custom holster. The Dark Star Gear Rigel fits my M&P and X300U-A nicely.

Upgrading Your Training to Integrate a Weapon Mounted Light

So far this article has been about the hardware. In my opinion that is a clue about how far down the rabbit hole I am actually headed. You see, gear is secondary to the knowledge and skill of those that are using it. Think about the investment so far and then consider that we haven’t even gotten into the skills and tactics that using a weapon mounted light entail. Never forget that the light you intend as an asset could very well end up a liability if you don’t understand how to use it properly and why it is so important.

Once you have your light mounted and a holster selected it makes sense to take the next step before you depend on your gun/light combo for defensive use. You need to know how and when to activate your light. If you are thinking to yourself, “How do you activate the light? The switch you dummy!” You are missing the point. There are several right ways to turn your light on and off and there is most definitely a wrong way as well. Your trigger finger is for pressing the trigger. Do not use your trigger finger to turn your light on or off. I know, your finger is right there with the switch sits. As easy as it seems, resist the urge to use your trigger finger. Your finger belongs on the trigger when you need to shoot and straight along the frame of the gun well above the trigger guard when you aren’t.

You also need to know the concepts behind when you should be using your light. Many people think that setting up a light on the front of their pistol is going to solve their target identification issues in the dark. That may be the case, but consider this: It is much more likely that the person you are trying to identify IS NOT a threat. Wouldn’t it make sense to identify them without pointing your gun at them? 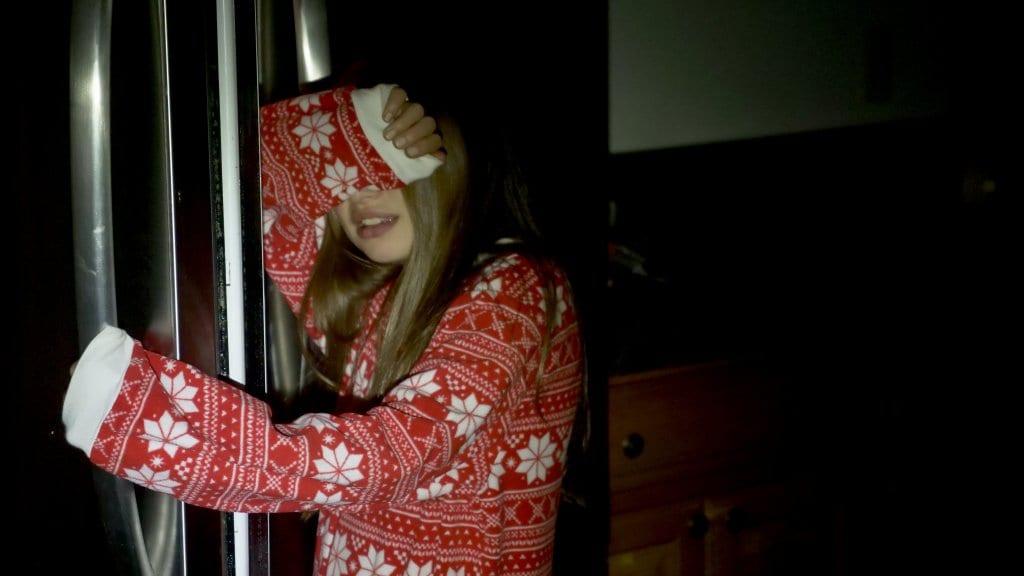 If you’re going to be pointing a gun at something, it behooves you to know exactly that that something – or someone – is.

There are techniques that can help you to use your light without pointing a gun at others. It makes sense to learn those skills.

What a Pistol Light (or any WML) Isn’t

A weapon mounted light on your pistol certainly isn’t the answer to all your problems. It is a tool that has a specific set of parameters when it is useful. Anything outside of that scope and your WML is not going to help you. In fact, it may be exactly the opposite of helpful.

A weapon mounted light on a handgun is far from a plug and play device. It seems so easy to just hang a light on a rail. From start to finish adding a WML to your handgun is a process that requires careful consideration, considerable effort and a solid education. No wonder I have been so intrigued and am enjoying the process so much.

In the next couple of weeks I’ll be continuing the process of educating myself when it comes to using a weapon mounted light on my concealed carry handgun. In addition to my SureFire X300U-A I have a Trijicon RMR and a Trijicon SRO to spend some time with. I’m taking a serious look at turning my ccw gun into a space blaster and more importantly answering the question, “Is it worth it?”

I’ll be heading out to Alliance Police Training to spend some time with Joe Weyer and Cory Hupp for some expert instruction to help me along the way.

Of course, if you are inclined, I’d love to have you along for the ride. In the comments, tell me about your experience with weapon mounted lights on your handgun. What light did you choose? Did you carry that gun? Concealed or on duty? Or, did you avoid a weapon mounted light all together like I’ve been doing for so many years? 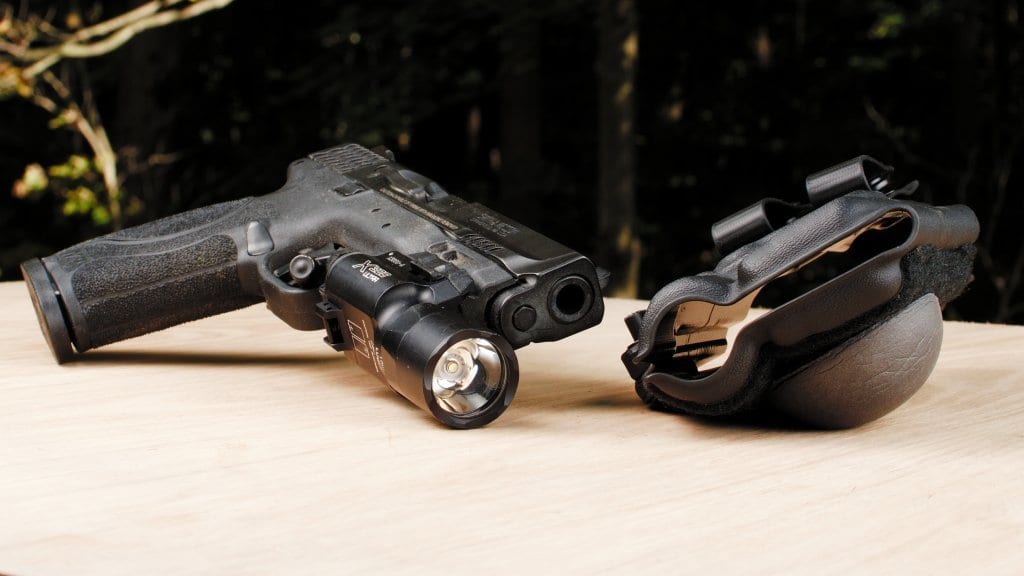 If you decide to carry a pistol light on your defensive handgun, be sure that decision includes the intention to train with it.

Links to all the important stuff!