A New Way to Increase Capacity: The Siamese Mag Coupler 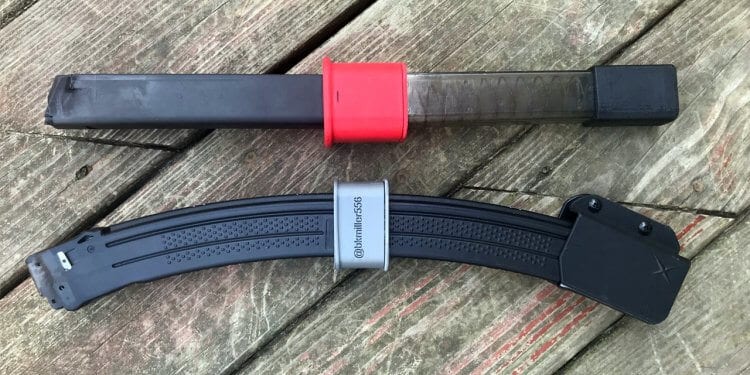 When you think of a magazine coupler you think of the iconic MP5 or AR-15 where you have two magazines side by side. Then when you finish with one magazine you just release the mag and swap over to the fresh one attached. It is a faster reload since you don’t have to waste time going for your magazine off your belt or pouch. 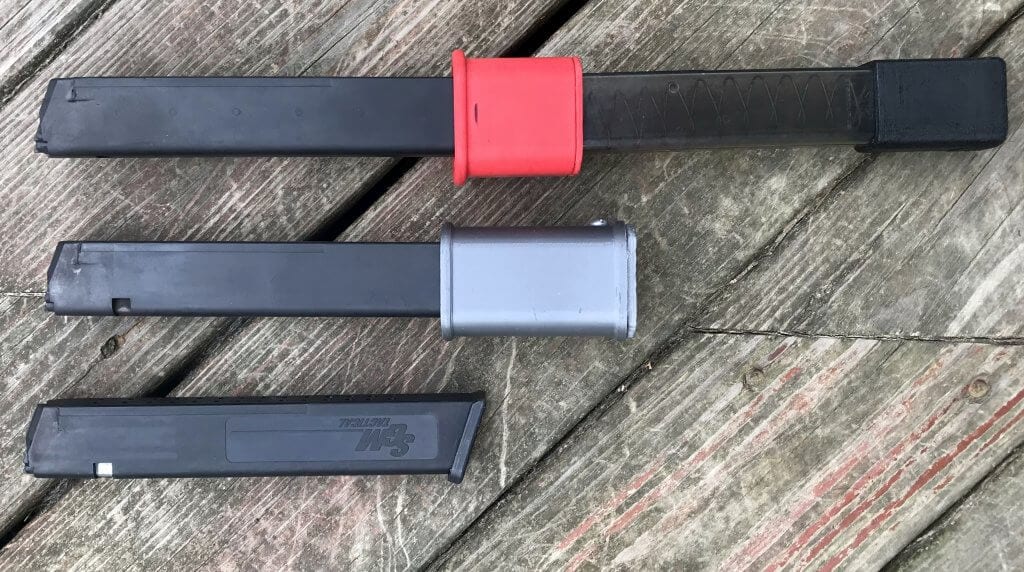 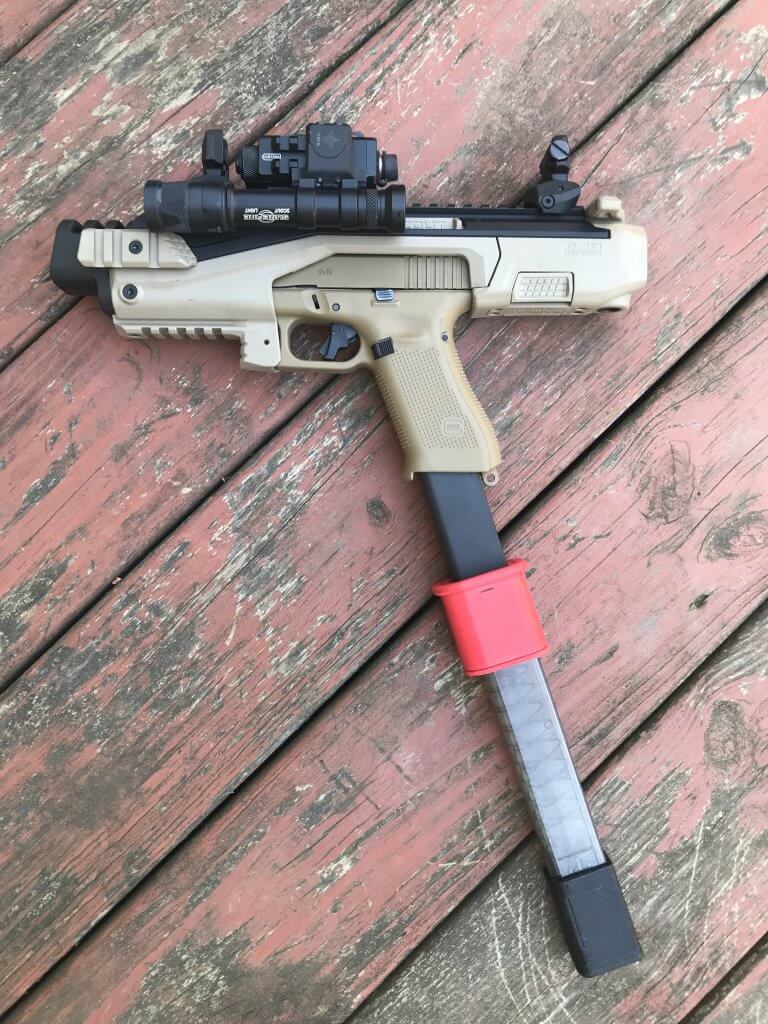 The Siamese Mag Coupler joins two magazines together butt to butt. You remove both baseplates. There is a small piece of 3D printed plastic that you install both magazine springs so they become one giant spring. Then you close the mag coupler around the bottoms of both magazines. The coupler fills the gap and makes the two magazines one continuous magazine. Basically the second magazine becomes a mag extension. Brian has made Siamese mag couplers for other mags like the SIG MPX.  My coupled MPX mag holds 65 rounds.

Why would you need such a long magazine? These were made for competition purposes. In USPSA’s Pistol Caliber Carbine division there is no limit to magazine size or capacity. Sure you could use a drum magazine but not all of them reliable and they cost a lot. Here you just get two magazines and Brian’s coupler and you have a reliable higher capacity magazine.

Here is a video of me shooting a steel match using Brian’s super extendo mag in my Ruger PCC.

Here is a video of Brian shooting a classifier at a local USPSA match. He is getting close to becoming a Grand Master. In this classifier you have to shoot four targets. He uses a laser to aim at the first target and pulls the trigger as the shot timer goes off. You need to shoot the targets twice. He got all A zone hits and shot eight rounds in under 3 seconds.

If you are interested in getting a Siamese mag coupler you can email Brian at [email protected] and you can check out some of his other USPSA go fast parts on Instagram under @bkmiller556.