Perhaps one of the most iconic guns in US history is the Tommy Gun. Also called the Chicago Typewriter, the Thompson submachine gun has been used by thugs and heroes throughout this country’s history. Like the equally famous 1911, the Thompson has been associated with the .45 ACP cartridge.

Auto-Ordnance, a brand owned by the Kahr Firearms Group that manufactures modern carbines based on the original SMG, hopes to expand the horizon of fans with the introduction of a new Thompson carbine chambered for the 9mm cartridge.

The new Thompson T5-9L20 is a deluxe model carbine that has much of the original gun’s styling. Kahr Firearms Group is building the new semi-automatic gun with a 16.5” barrel to avoid any extra taxes that would be imposed by the National Firearms Act. Both the frame and receiver are machined from a single billet of aluminum. 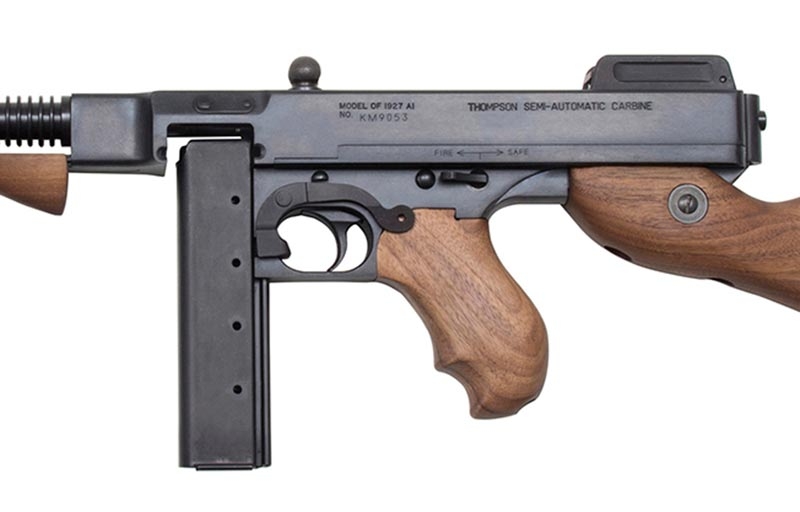 As with the traditional guns, the new T5-9L20 uses American walnut for the buttstock, pistol grip and fore grip. On top is a blade front sight with an open rear sight that is adjustable. A single 20-round stick type magazine is included with the gun. No word yet on any kind of drum for the 9mm version of the gun. As the drums were an integral part of the gangster look of these guns, I hope Kahr Firearms Group is working on one.

The company includes a compensator on this rifle. With the comp attached, the barrel length is increased to 18”. In my testing, 9mm ammunition doesn’t seem to gain much of a velocity advantage beyond the 12”-14” range. While 16.5” (or 18” with the compensator) might seem too long for the cartridge, I have not seen any significant velocity drop when moving from 14” to 16” in my guns. 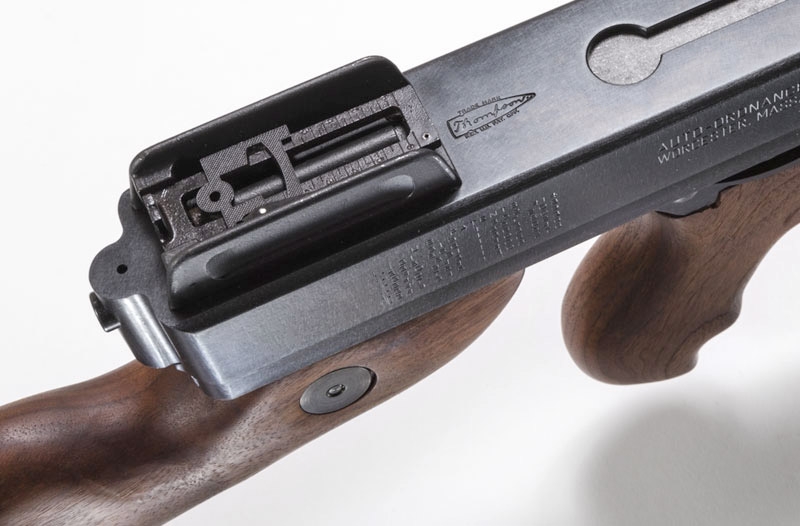 The new 9mm Thomson rifles will have a suggested retail price of $1,364. This is the same price as the T5 Thompson chambered in .45 ACP.