A look at 9mm MP5 Magazines 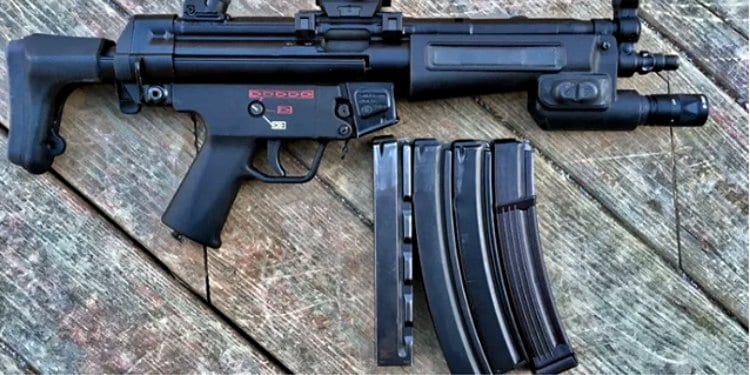 The H&K MP5 is an icon around the world. Even its silhouette is recognizable to anyone who has seen a movie or video game with guns in them. Here, close your eyes and think of the shape. What do MP5 magazines look like to you? 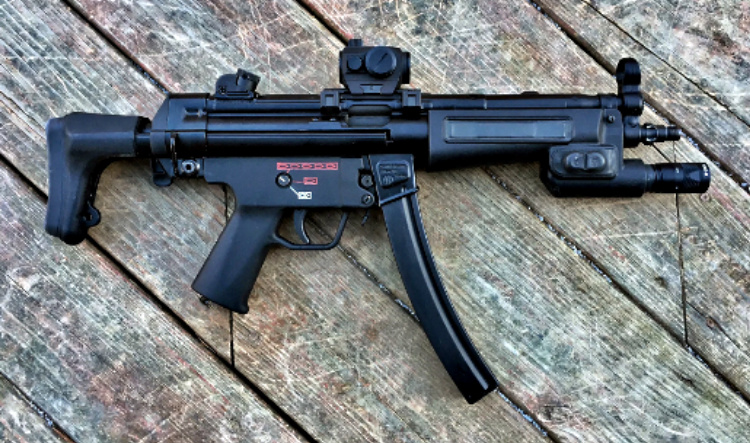 The standard curved HK MP5 magazine is a steel box that holds 30 rounds of 9mm in a double stack column. Empty, the magazine weighs around 179 grams. The curvature is supposed to help feed 9mm rounds, although at one time H&K did make a straight magazine. 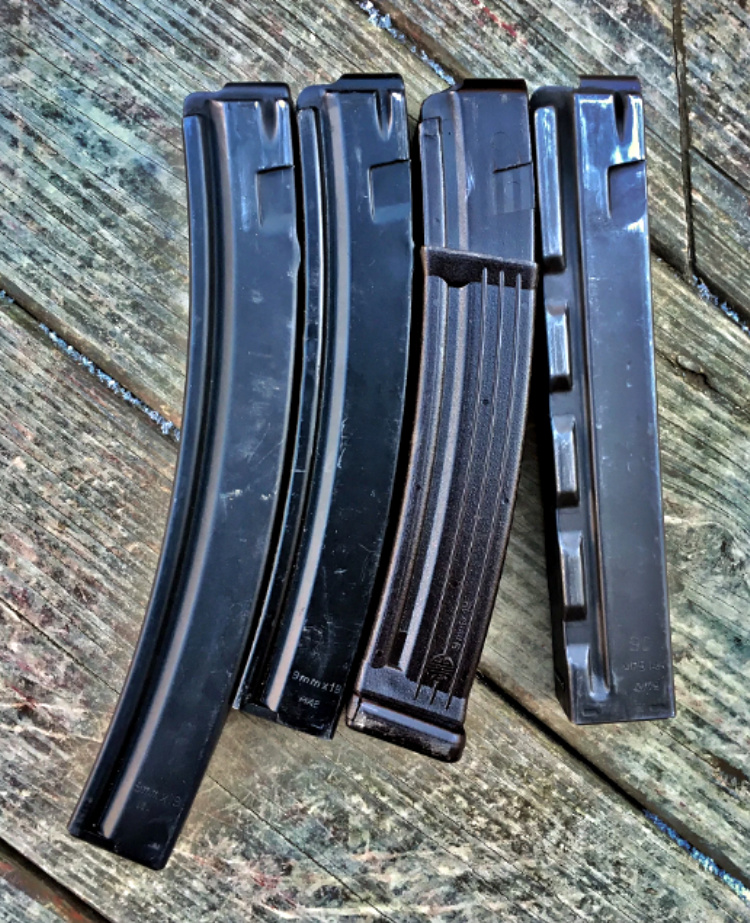 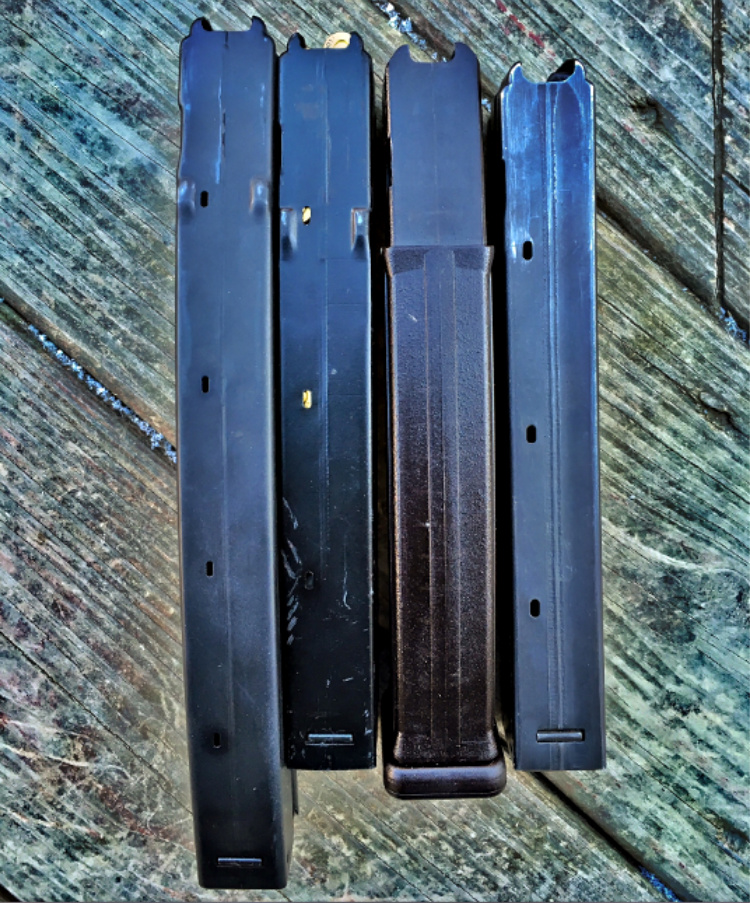 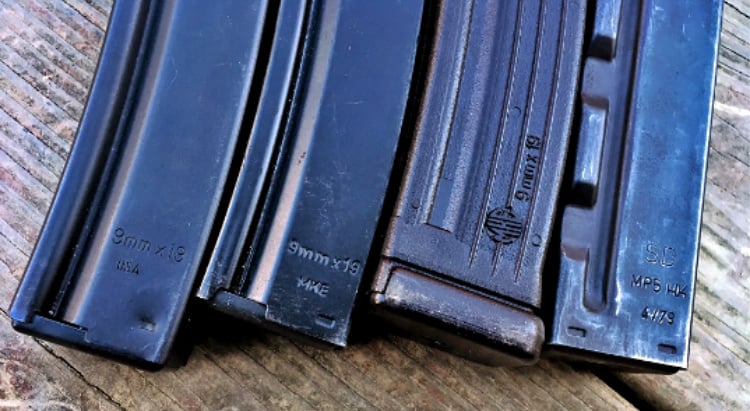 You can see the straight magazine above. It is a rectangular box with indentations on the leading edge so that it is easier to grasp and you can orient the magazine in the dark.

The straight mag is a little lighter at 171 grams. If you look at the markings above it is stamped SD. That is believed to have been made for the MP5SD. 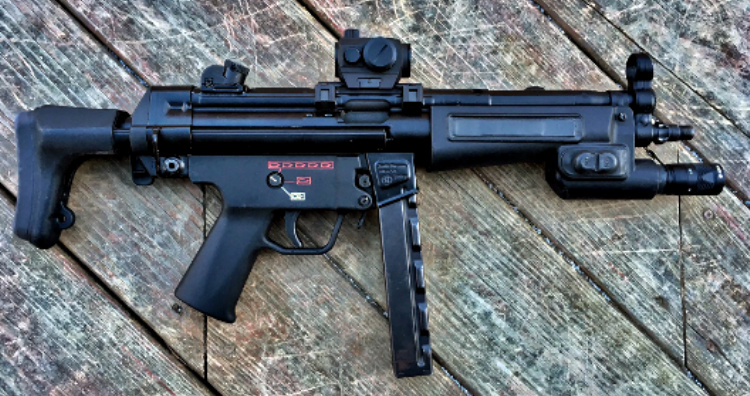 Next up is a rather uncommon magazine for the MP5, it is the MKE polymer magazine. MKE is a military weapon and ammunition manufacturer in Turkey. They purchased the tooling for MP5s from Heckler & Koch. MKE made a polymer magazine for the MP5 that’s half the weight of a metal magazine at only 85 grams. It is a dark smoke plastic that is somewhat translucent but you need to have a bright light shining to see the bullets in the magazine. Some say they are not reliable and the plastic feed lips can break with a lot of use. 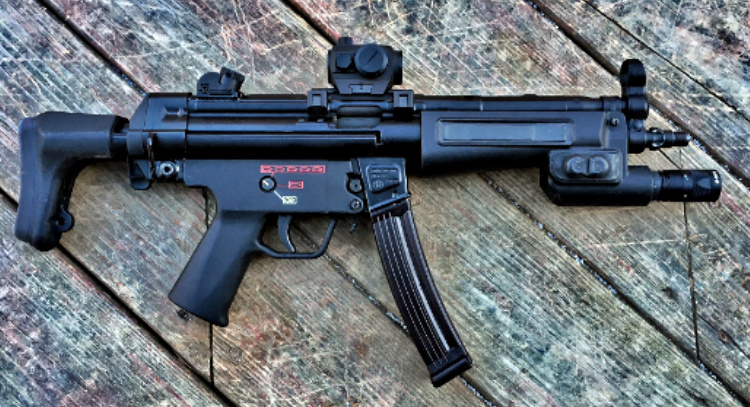 The last magazine is an extended curved mag made in the USA.  It holds 38 rounds although you could squeeze in 40 rounds but it is not reliable. It is the heaviest out of the bunch at 195 grams.

The standard 30 rd curved MP5 magazines can usually be purchased for around $30 – $75 depending on where the magazine is made. The cheaper ones are made in Korea and the H&K SP5K magazine is $75. I found an online store that was selling the MKE polymer magazine for $28 and I got the long extended 38-round mag from HK Parts for $58. The straight metal SD magazine came directly from Germany thanks to a co-worker.

You may also be interested in reading HK Announces Return of the MP5 at NRAAM 2016.