And I’ve owned a wide variety of Ruger 10/22 mags. The ones that perform most consistently came stamped with Ruger’s logo. There are two things that keep these jokers running well. The metal feed lips are the first. The consistent sping pressure is the other.

There are a couple of other points that you should take care of. The pin that secures the magazine in the mag well can wear out. There’s an art to dropping these and inserting them that keeps the pressure off of that pin. It is a worthwhile skill to develop.

Check out the classic mags. It is good to have a bunch of these on hand. Inside is a wheel that not only secures each round, but also angles it up so the bolt will slam it home on its return. Inside that wheel is a spring that keeps presenting rounds.

There are more moving parts in a 10/22 magazine than those of most guns. As such, they need to be cleaned. Ruger isn’t known for making objects that are easy to disassemble and reassemble. This magazine is no exception. The spring will shoot parts across the room if you aren’t careful. Take it apart carefully. 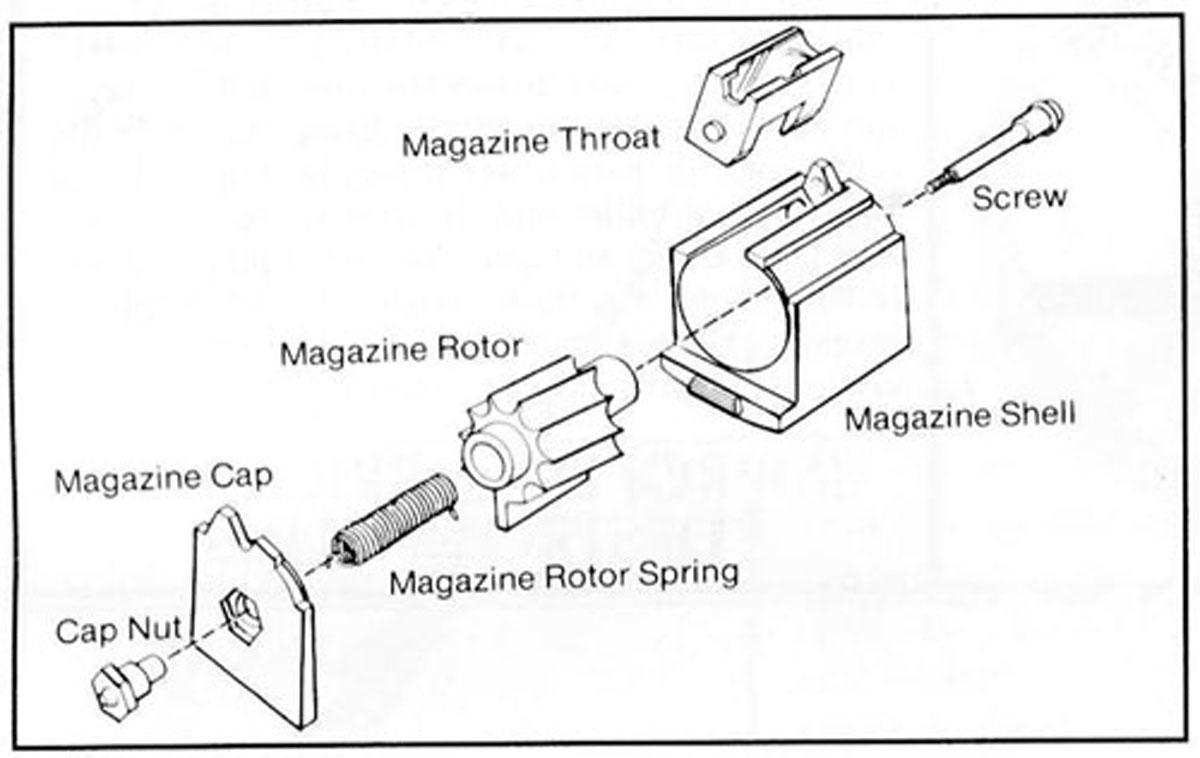 The mags come in a wide variety of styles, too. The 25 round mags are almost as prevalent as the classic 10 round boxes. There are 30 round mags, and numerous models of drum mags. The latest trend are double-sided mags, or conjoined 10 rounders. Check out the 15 round stick mags. More ammo, less sticking out. Or check out the 25 round tandem mags. 50 rounds in one.

It all comes down to how much clearance you will need under the gun (or maybe the bullshit laws where you live). If you shoot from a bipod, like those that come on the charger, you might want a 10 or 15 round magazine. 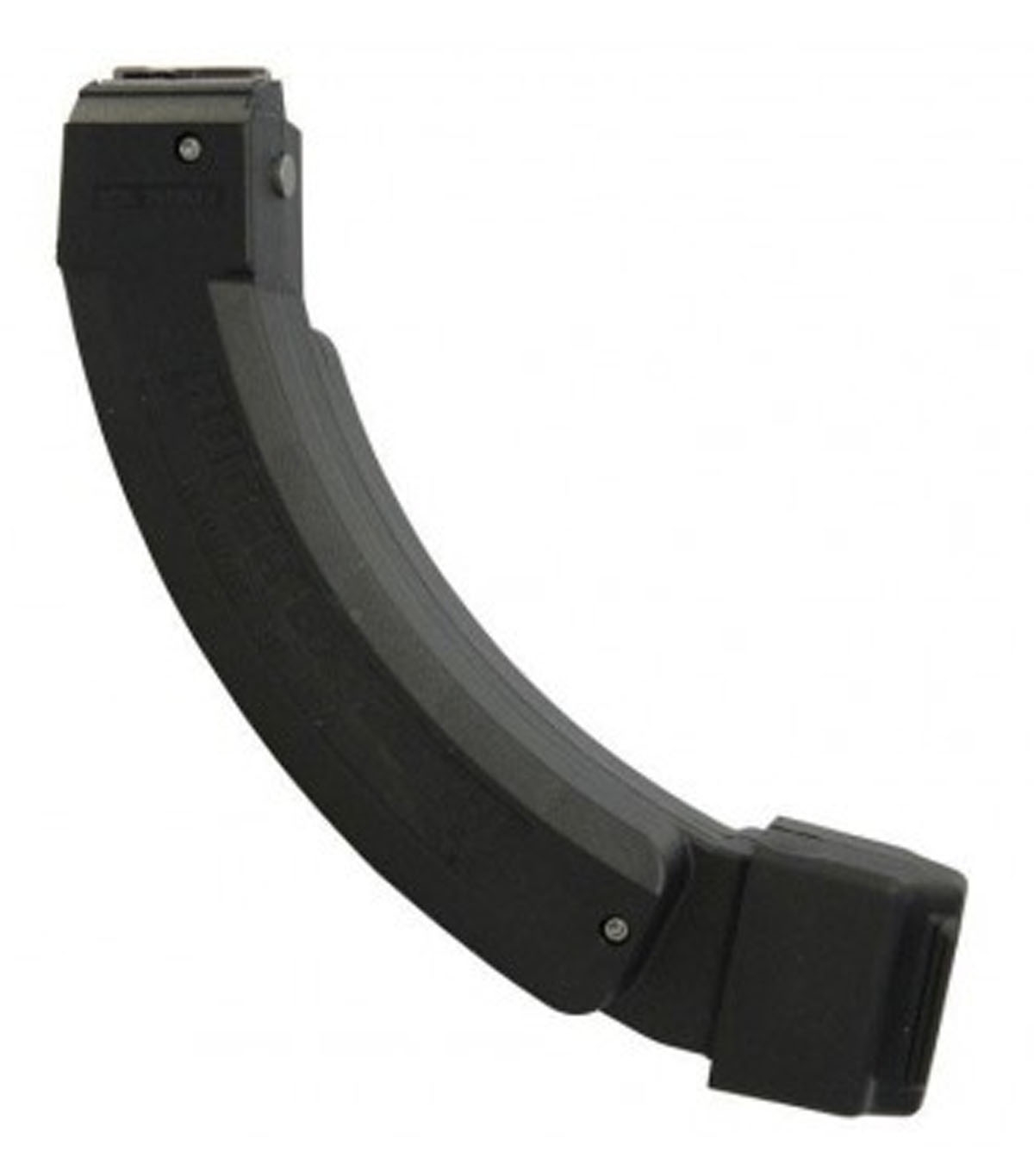 I was teaching shooting basics to a group of 10-year-olds, last month, and I found the best tool ever. Ruger is now making single-shot magazines for the 10/22. When I first saw the one rounders, I was confused. But I don’t own a single shot rimfire gun, and I wanted to teach these kids with as much control as I could.

The 1 round shot has a red backplate. That helps teach them which way it goes in, and it also allowed me to know, confidently, that they had the right magazine. I understand that you can put one round in a 10 round magazine, but I want to avoid all confusion. There’s no sneaky magazine shenanigans with the 1-rounders. Check out the 1-round magazines. Odd, but really useful for those who teach. The 10/22 is the ideal teaching tool. The takedown I have has a threaded barrel, so I suppressed it, too. Without the crack typical to the rimfire rounds, even the most hearing sensitive of the kids had no trouble putting little lead rounds on a 6” steel target at 50 yards. Check out the clear mags. They’re also good for teaching how things work.

And with the variety and reliabilty that has defined the 10/22, it realy is the ideal rimfire. The reason, I believe, is the magazine. Every rimfire has sights, and a barrel. Not every one has Ruger’s mag. The magazine was so important that it is included in the name. This is, at its core, a 10 shot 22.