.300blk has been a very popular round these past few years. The cartridge has some fantastic ballistics and works very well supressed.  The best part is that you can use an AR15 magazine  to feed them and just use a .300blk upper on your existing AR15.

There has been an issue with using PMAGS and that is due to the shape and design of the .300blk cartridge. Your standard PMAG will most likely work for regular off the shelf .300blk ammo. However with the variety of bullet weights and lengths, often those special rounds don’t play well in a regular PMAG.

So Magpul has made a new magazine to accomodate these different shapes. The new 300 B Gen3 M3 has a distinctive rib design to distinguish it visually and by touch from a standard 5.56 PMAG.

The central rib has been removed inside the magazine. 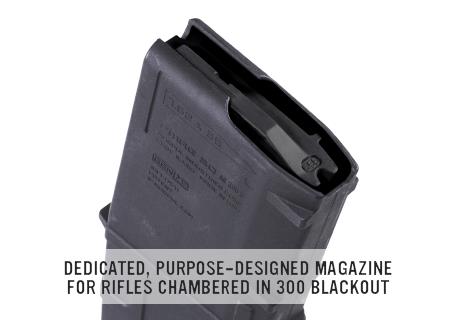