Finding the right 22lr handgun for a child 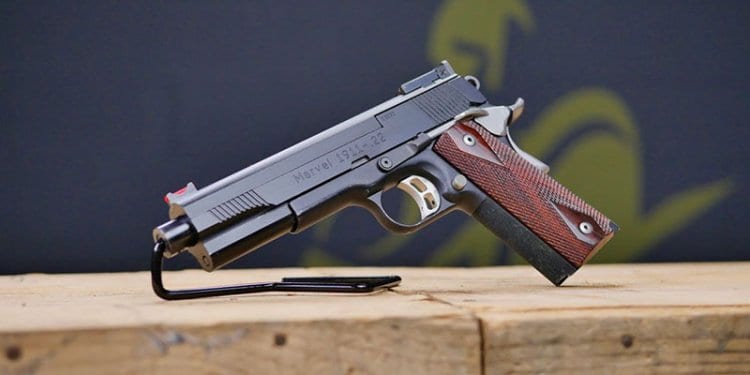 For the past few years I have been working to set my oldest daughter up with a handgun she can fire independently.  It has been a struggle.

Before I share my thoughts, let me say that not every child is ready for shooting.  I understand that.  Some kids aren’t ready for the responsibility of handling a firearm.  On the other hand, some are.  The decision to allow your children to interact with and handle guns is a serious one and parents should undertake this decision with the care and consideration it deserves.  Actually shooting guns is another step in a serious direction.  If in doubt, consult a knowledgeable firearms professional and err on the side of caution.  We all have our strengths and areas where we need to improve and there is no shame in delaying your child’s entry into the world of guns.

My daughter, M let’s call her, has a responsible attitude.  She is respectful, follows directions, and has shown a very strong interest in guns from an early age.  I began teaching her how to deal with firearms at the age of two with the Eddie Eagle Gunsafe Program, followed by the rules of firearm safety that I use and that I teach my students.  She was a natural. By the time she was 3 my wife and I decided she was ready to fire her first, very carefully guided shots.

We selected a Savage Rascal in .22 lr and headed to the range.  She did a great job on that quick range trip and it was the first of many, but we soon ran into a problem.  Just like you and me, my daughter was bitten by the bug.  She really enjoyed shooting and was continually interested in shooting other guns.  The challenge we faced when she was 3 and continue to deal with even years later is her size.  M is a petite little bug.  She is responsible beyond her years and quite capable of learning, but getting that little finger on the trigger is a challenge not to mention the fact that the heft of many double action only triggers is currently an impossibility.  In her 5 years of shooting it hasn’t gotten much better.

Between her Rascal, a Ruger 10/22, and her Smith & Wesson M&P 15-22, she has three rifles that she can operate comfortably and confidently.  As she continues to shoot, however, she wants to broaden her horizons into handguns.  After several false starts, we have finally made some progress and have narrowed her first rim fire handgun down to a few options that might actually work for her. 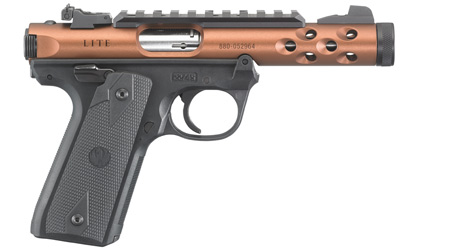 One of the most exciting choices available is in the new Ruger Mark IV .22/45 Lite.  Ruger’s 22/45 has a polymer grip frame and is equipped with an ambidextrous safety lever.  Even better is the aluminum receiver that is ventilated helping to make the pistol light weight and easy to shoot.

In addition, the fact that 22/45 is a Mark IV means that cleaning will now be easier than ever.  With a simple investment in a handgun and some 22/45 magazines, we could be off to the races!

I haven’t spent any considerable time with the Ruger Mark pistols and that makes the Ruger an option that adds something new to “our” collection.  That is never a bad thing. 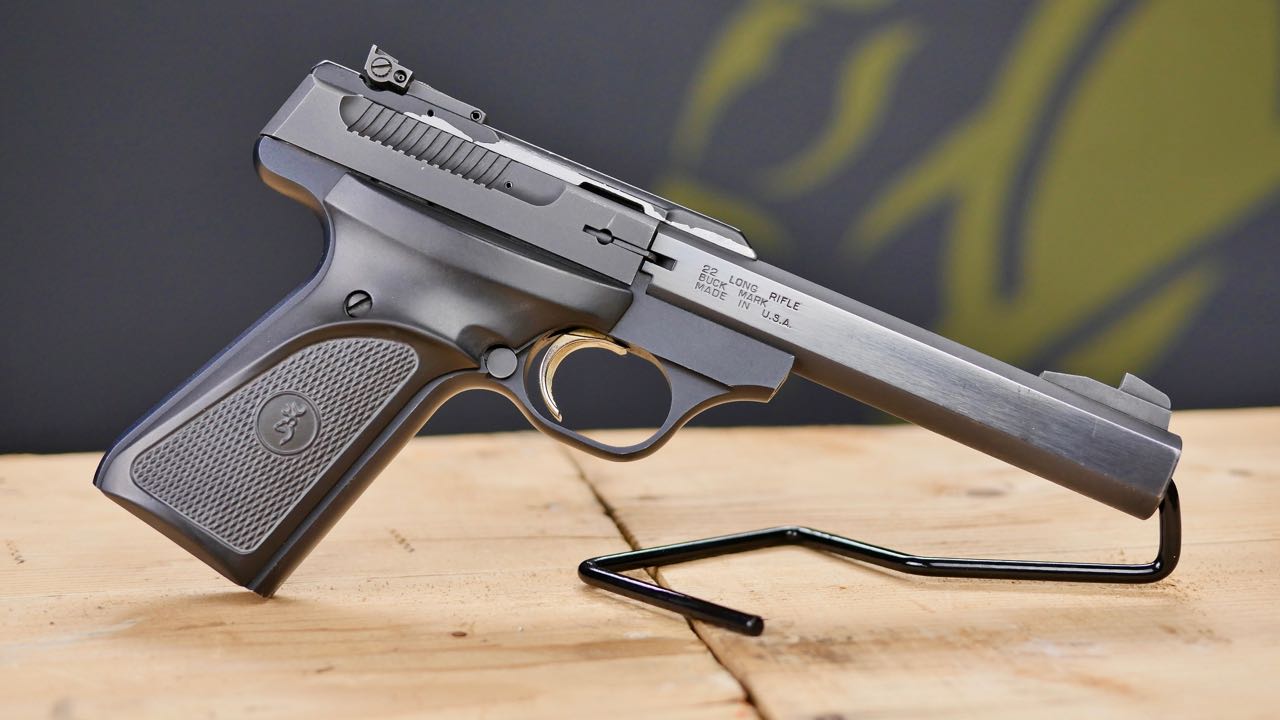 Where the Ruger would be a new adventure, a Browning Buck Mark would be like a reunion with an old friend.  My first handgun was a Browning Buck Mark Target model and I put 10,000 rounds through her before I purchased my first centerfire handgun.  My Buck Mark is well worn, front heavy and as it is, unsuitable for her to shoot comfortably. 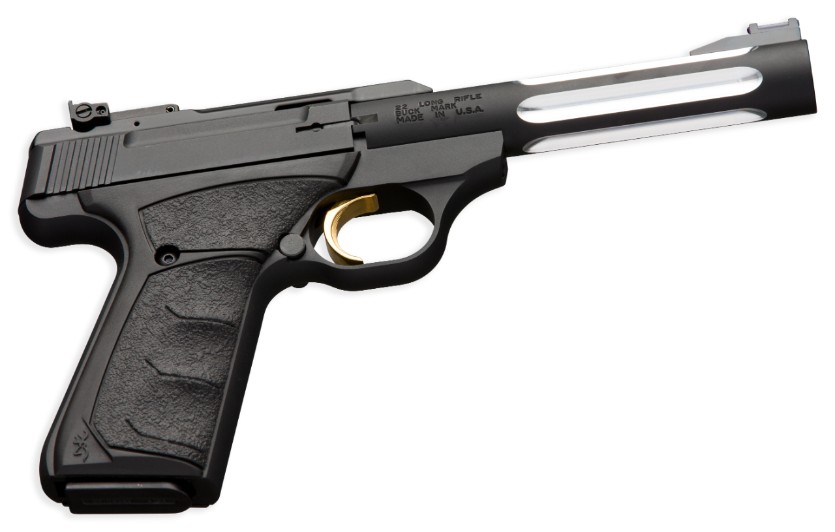 This makes a Buck Mark Lite Flute URX an attractive option with it aluminum barrel.  Or, I could go the aftermarket route and outfit the original Browning frame with a Tactical Solutions Trail Lite 4” aluminum barrel.  The aluminum barrel improves the balance of the gun while at the same time helping to make the .22 more accurate. 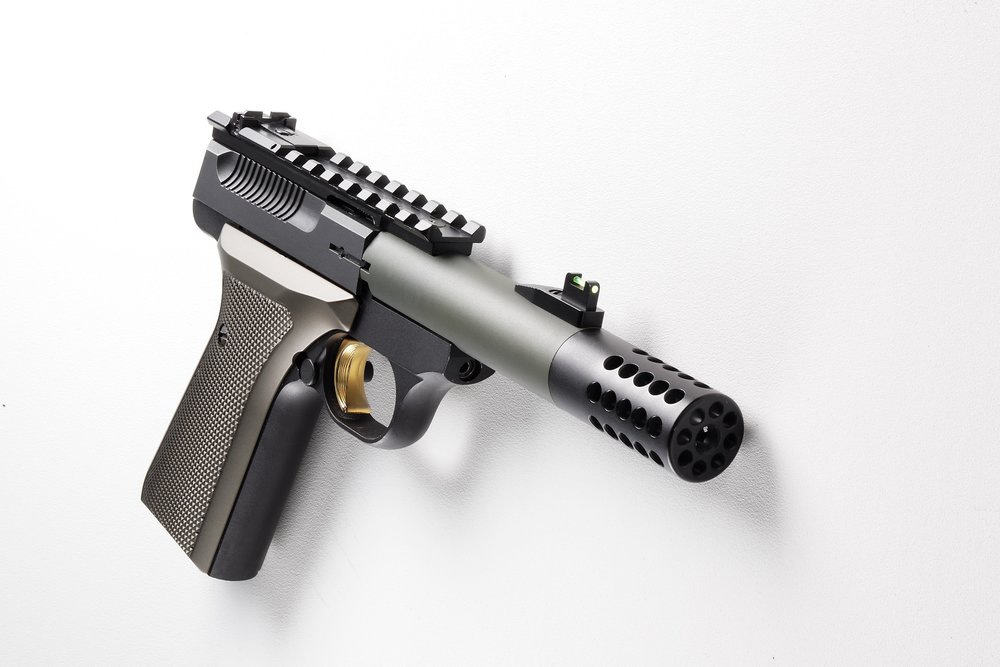 With the addition of the Tactical Solutions barrel, she would have a light and handy gun ready for the range as we already have a compliment of Buck Mark mags ready to go.  Tempting indeed!

An option the is very appetizing to me is putting a converted 1911 into her hands.   There are a variety of .22 conversion kits available for 1911’s.  I happen to have a Marvel conversion kit.  The kit is accurate and reasonably reliable.  The best part is that I have an aluminum framed 1911 that makes the perfect low mass lower for my small daughter. 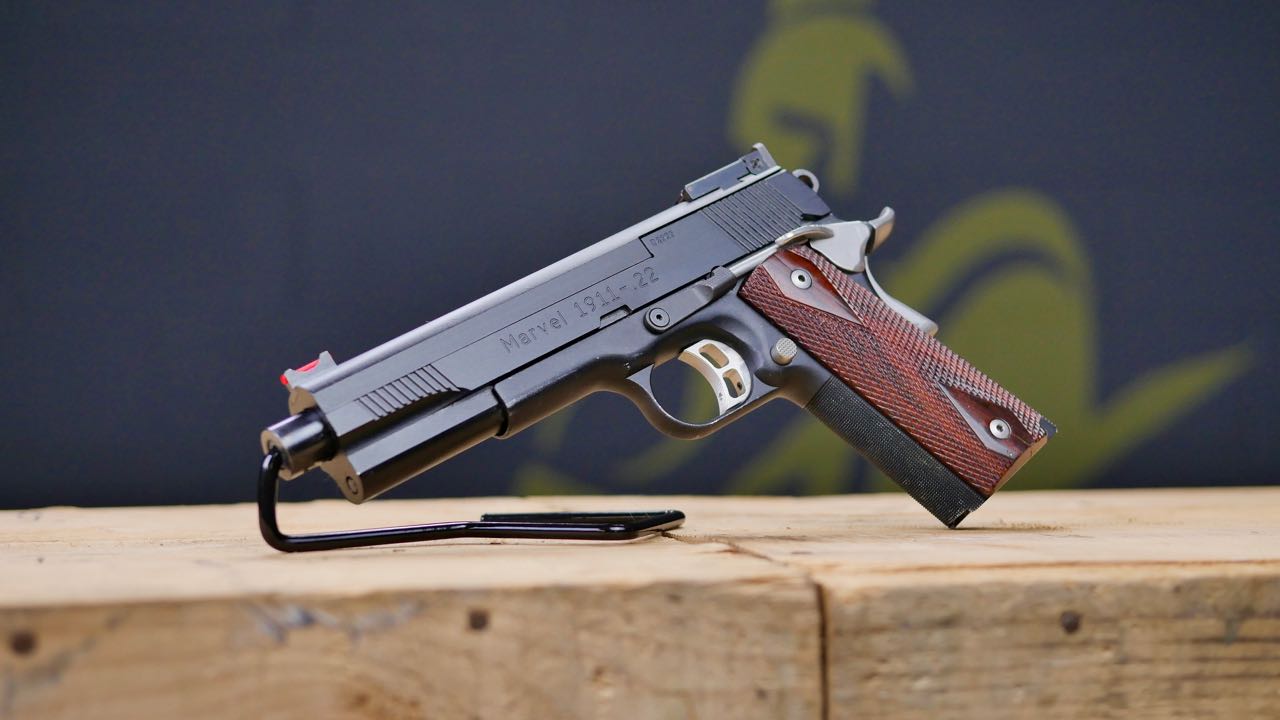 The only modification that might need to be made is a short reach, flat faced trigger to help her place her finger on the face of the trigger so that she can press it straight to the rear.

Magazines are readily available for .22 caliber 1911 conversions and these ProMag 22 magazines would make it easy to have plenty of loaded mags on hand so the shooting fun could continue with few interruptions.

Whichever route we end up taking, we are in for a treat along the way.  There’s nothing better than a trip with your child to the range.  The conversations are wonderful, the responsibility is empowering for both parent and child and there are going to be some great lessons along the way.  Some of those lessons will probably even have to do with shooting!

If you have a child that is interested in shooting and you believe that they have the maturity level to treat firearms with the respect that they deserve, you might consider taking them to the range.  Finding competent instruction isn’t as difficult as you might think and the rewards that shooting can bring may be much more significant and far reaching than you ever imagined.

With the right rifles and handgun, shooting can be safe and enjoyable for any member of your family, maybe even your child.