You should have a rifle. Handguns suck…comparatively. Rifles, by contrast, are awesome. By and large, in fact, a rifle — specifically an AR15 — is going to be your best gun for home defense. Particularly with the appropriate (in fact, we would say mandatory) accessories.

Agree? Disagree? That’s what we’re going to talk about in Episode 169 of The Mag Life Blog: our rifle bias, why we think the way we do, and why we hope to bring you to our way of thought too.

1. Should you have a pistol? Absolutely, if it’s legal in your state. After all, unless you’re Steve Fisher/Zeke Stout/Gregor Clegane sized, you’re going to need a handgun for concealed carry. But in a fight where a rifle is a practicable (and pragmatic) option — such as in your home, where you can stage a long gun —  then a rifle is going to be the better option.

2. From a gun handling perspective, at least as home defense weapons go (i.e. ability to manipulate your weapon and hit what you’re aiming at), the term “rifle” in this context could actually mean literally rifle, but could also be interpreted as a carbine, PCC, AR15/AR10 pistol, etc. Calibers will, of course, be a contentious issue, but even that discussion won’t (in most cases) refute the long gun over handgun assertion.

3. We mention the AR due to the ubiquity of that weapon. This could easily be changed to AK, FAL, G3, etc.

Here’s the discussion. As always, if you have questions that weren’t addressed, hit us up in the comments below. We’ll try to get ’em answered in a future episode.  Editor

• mitigation of fundamental errors vs. how they manifest in a handgun

Outside of concealment considerations, the rifle is a superior weapon in basically every single way.

01:18 Effectiveness of fighting with a rifle vs. handgun and how each platform handles the elements of marksmanship. 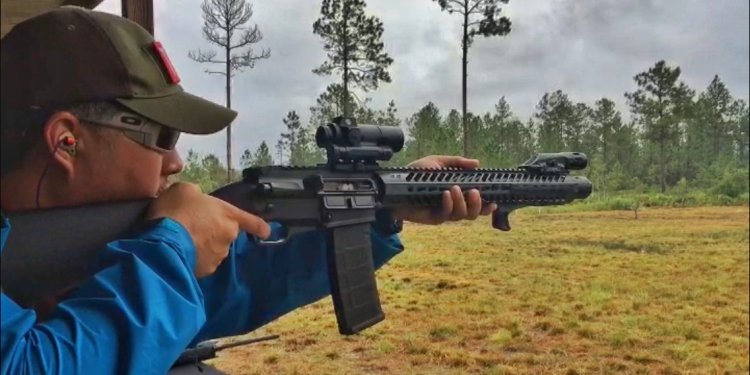 02:25 The rifle for hearth and home: beginning the discussion, why is it the best home defense gun?

03:05 Rifle setup. Differences (if any) between a “fighting” rifle (such as one for duty) and home defense. How that impacts “advanced safety” and benefits accurate gunhandling and effect PID.

03:40 Weapon lights and Positive Identification (PID): why a WML is the most obvious bit of rifle furniture that a home defense (or any fighting/defense gun) should have a light.

04:50 WML build and features (capabilities and characteristics of the light). Note Varg’s point about busting a light in the doorway of a shoothouse! Remember, you don’t have to have the best/most expensive light, but you should have the best light you can afford.

09:30 Daniel Shaw and Varg Freeborn: their personal rifles (both AR and AK types). 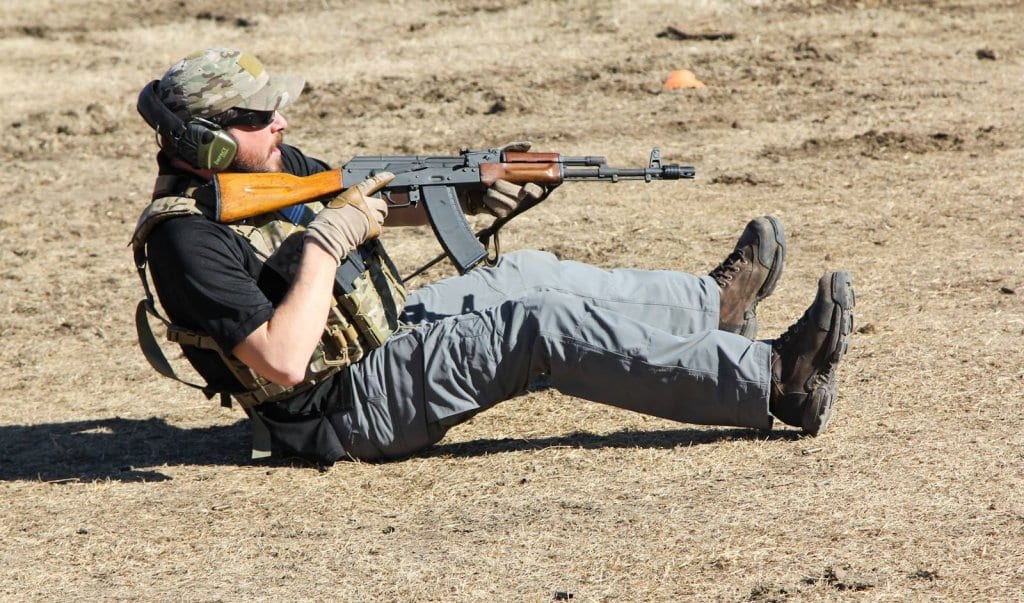 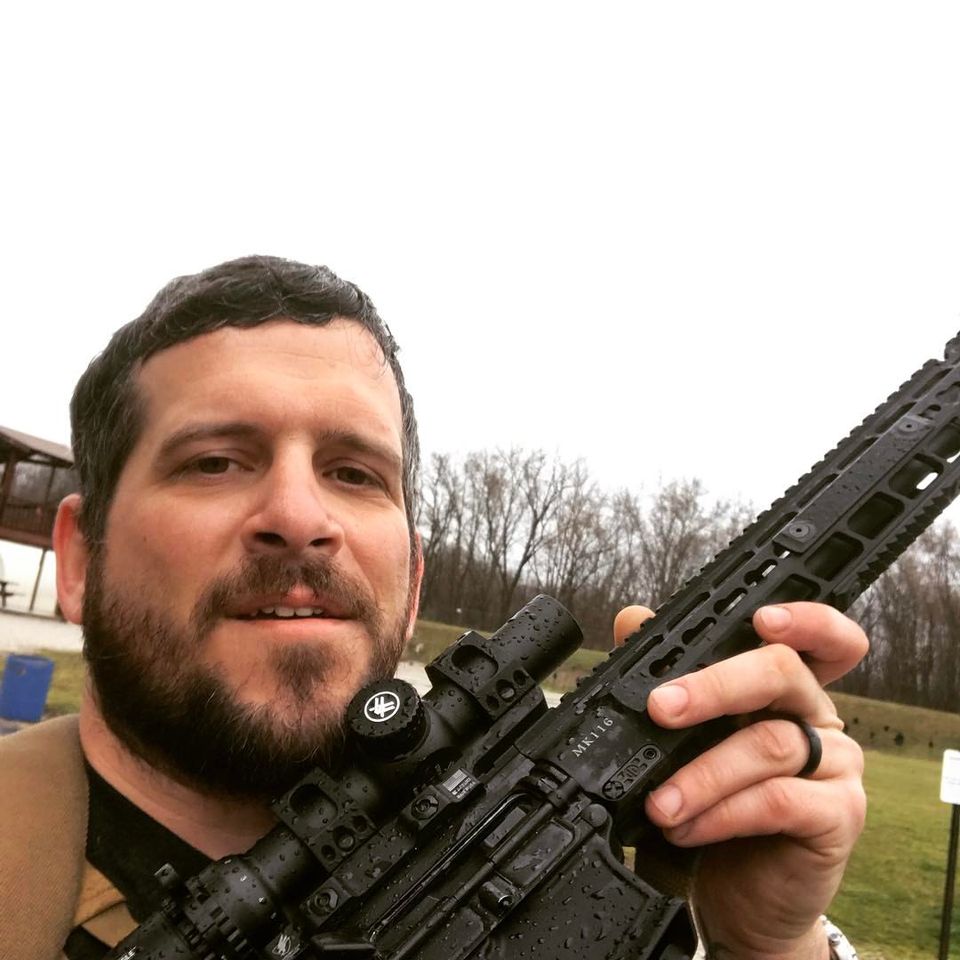 12:20 Struggling with sights…how hard use and training lead DS to identify a weakness in his Magpul BUIS — and why it behooves all of us to train hard in order to identify potential failure points of equipment. Have gear for the worst-case scenario.

13:30 Slings and QDs — slings are an integral part of manipulating the weapon.

Slings are a funny thing. You’re gonna have a love-hate relationship with your sling. The sling does a lot of things for you.

17:20 How Shaw and Freeborn arrange their slings, and why. 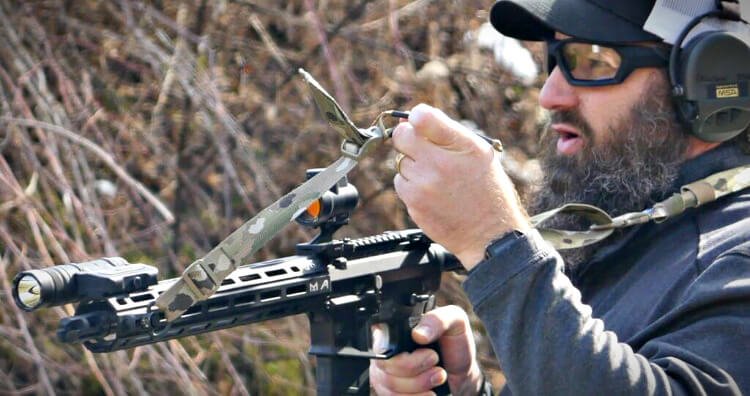 25:08 Advantages of a higher mount (and “creating a vice” around the gun). 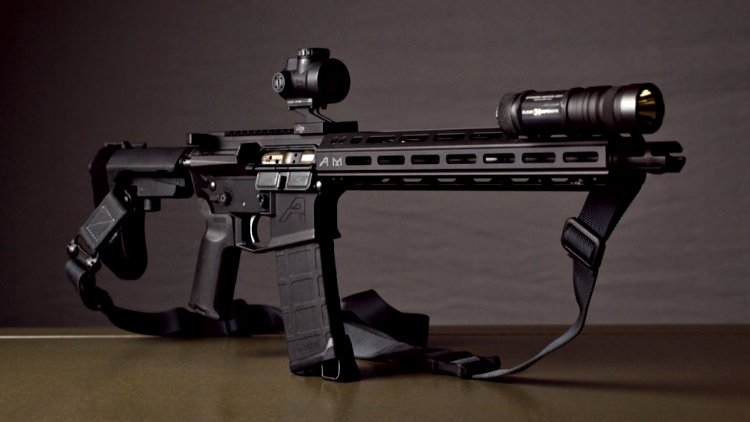 Note: for the video referenced here, watch “The 31 round magazine.”

35:00 Accessorizing for a purpose. The right accouterment (or “furniture”) for the right reasons.

Weigh in with comments, concerns, clarifications, and your opinions!